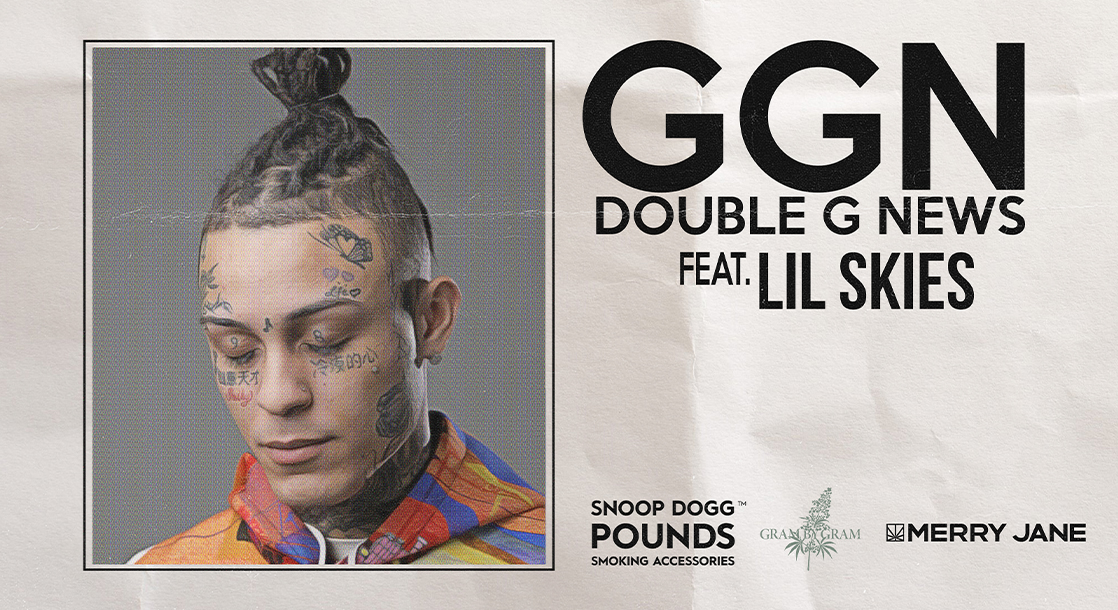 For rapper Lil Skies, the sky’s been the only limit.

Repping Waynesboro, Pennsylvania, Lil Skies was first introduced to hip-hop and music production by his father who used to rap under the moniker Dark Skies. As Lil Skies got older and discovered his own voice, he began recording and writing his own verses, which he continues to do at home, despite his Billboard successes with hits like “Red Roses,” “Nowadays,” and “I.”

In a fresh episode of GGN with Uncle Snoop, the Doggfather kicked things off by asking Lil Skies about the prodigy’s creation process.

“It’s kind of crazy because a lot of my music is still being created in my bedroom,” Skies replied.

“That’s the dopest shit in the world!” Snoop said. “That’s the vibe!”

“I don’t even be in big studios and shit, to be honest. Even the song I did with Wiz [Khalifa], I recorded that shit on my bed.”

“So, you’ll say when you get your motherfuckin big ass house, you’re gonna put your studio in your house?” Snoop asked.

“I have to. I’m getting that shit done right now,” Skies said. “I’m about to move my engineer with me and everything.”

“That’s smart. I did the same shit when I got my hustle,” Snoop said, adding that he even built a separate, smaller house next to his own, so his audio engineer was always available. “‘You stay here. It might be three in the morning, get your ass up. I got a vibe right now I’m trying to catch!’”

“It’s personal, and it’s up-close, and it’s yours,” Snoop continued, regarding producing music in the comfort of one’s own crib. “You don’t gotta ask nobody nothin’. You turn the lights on and off when you want to.”

Later in the interview, Snoop gives Lil Skies some insider advice on navigating the music industry’s complex maze while maintaining tight, short reins on managers and promoters. And, at one point, the two hip-hop champs perform a little dance number to Lil Skies’ “Red Roses.”

Catch the latest episode of GGN above with Lil Skies and Snoop. And stay tuned for new episodes of GGN featuring Freddie Gibbs, Redman & Method Man, and other MVPs — all premiering here on MERRY JANE.