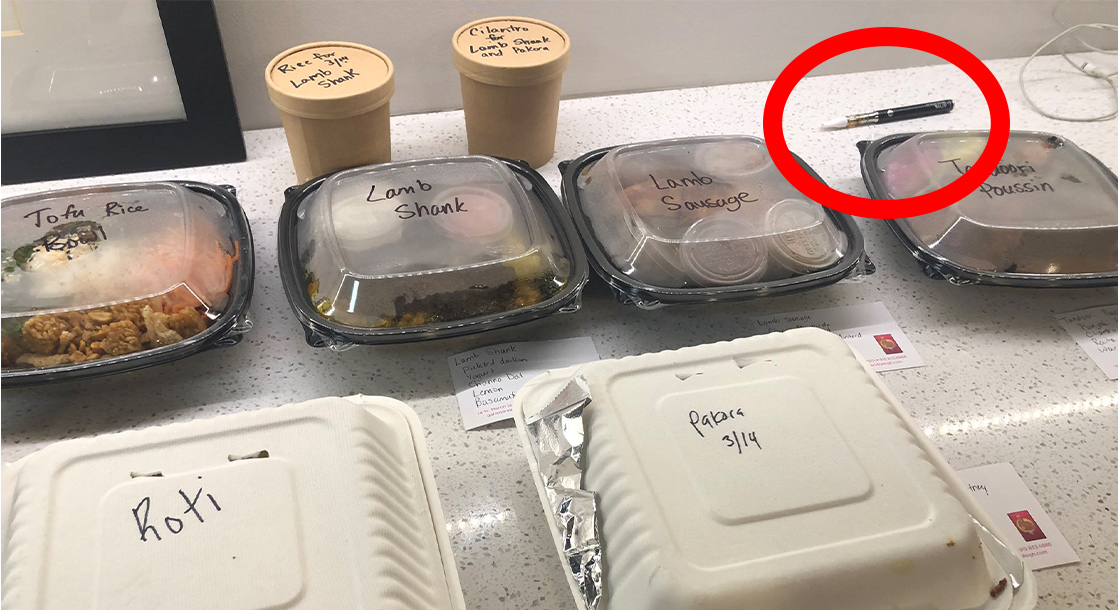 Like the rest of us, Raleigh, North Carolina Mayor Mary-Ann Baldwin is doing her best to stay inside. But in a recent social media post of her family in quarantine with take-out food — to support local restaurants without gathering in groups, of course — it appears like the crew is consuming more than just delivery. In the corner of the photo, you can see what looks like a marijuana vape pen that was accidentally left in the frame.

Here is what we did tonight to support our local restaurants. Take out from Garland. And we left a 35 percent tip. Please do the same. pic.twitter.com/SI21NAvV8U

That’s right, behind containers of roti, lamb shank, and a tofu rice bowl, Mayor Baldwin’s Twitter photo included a 510 vape battery connected to what appears to be a cannabis distillate vape cartridge. Of course, the pen in question could belong to one of the other adults in the room, or could be a fully legal CBD cart or some form of a nicotine vape. But if you trust the amateur cannabis experts in the comment section of Baldwin’s post, social media smokers believe the Mayor was encouraging some pre-dinner munchies.

Blazing it with Indian food?

My kind of night!

(For legal reasons, that’s a joke)

Can I have a hit off that weed pen your honor

Cannabis is currently illegal in North Carolina, with an extremely restrictive medical marijuana program that allows those suffering from epilepsy to use high-CBD, low-THC oils. During her mayoral campaign last year, Baldwin argued that youth cannabis arrests should be put to rest in Raleigh, but in the months since assuming office, marijuana reform has not yet made it to her desk.

“The other thing is, you get kids busted for a little bit of marijuana, where we’re sending people to jail for something that is legal in other parts of the country,” Baldwin told Indy Week during her campaign. “Is that really how we should be policing? Are there ways that we can help kids, help young people, instead of just busting them? What are we doing to facilitate conversations in the community between the police?”

And while Mayor Baldwin has not had a full year in office yet, the vape pen photo has attracted the attention of cannabis advocates, with many pushing for drug reform laws in response to having a potential pot user in charge of the city.

@ITBInsider @ABC11_WTVD @WRAL @indyweek If the mayor has these in her house, maybe the Raleigh Police Department could stop enforcing draconian marijuana laws? pic.twitter.com/urlmlc1kfA

So if you or I get caught w marijuana in N.C. we get thrown in jail while the mayor posts pictures telling you how much to tip with her weed pen in the picture pic.twitter.com/qB8Xme1rfJ

So, I assume you’ll fight for cannabis legalization and reform now, since you clearly vape weed? Or is that dank just for the bigwigs to enjoy while others sit in jail?

Hi @raleighpolice so the Mayor is allowed to have weed pens??

As of press time, Mayor Baldwin had neither deleted the photo in question, nor commented publicly about the vape pen that appears in the pic.