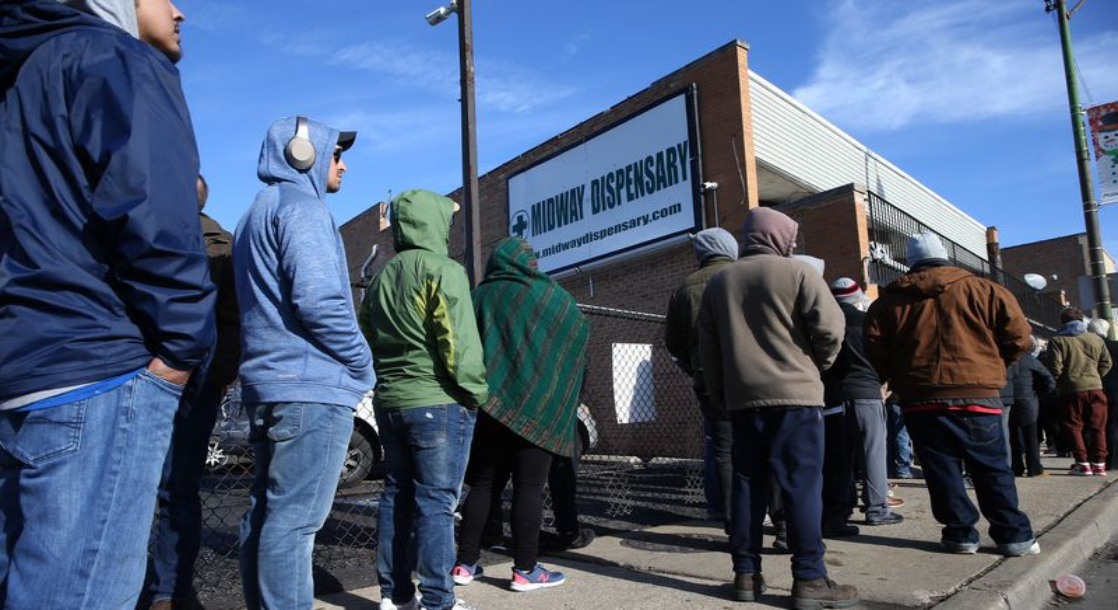 Cannabis sales in Illinois have soared since the Prairie State legalized adult-use weed sales in January. The state’s legal weed market seems so robust, in fact, that the coronavirus pandemic isn’t even slowing it down.

Last month, even as state and local governments ordered residents to remain in their homes, demand for legal weed remained strong. According to a preliminary report from the state Department of Financial and Professional Regulation, adult-use shops sold more than 812,000 legal weed products in March, amounting to nearly $36 million in total sales.

“Three straight months of consistent adult-use cannabis sales show there is — and will continue to be — strong support and demand from consumers,” said Toi Hutchinson, Governor Pritzker’s top cannabis advisor, according to Marijuana Moment.

On March 21, Governor J.B. Pritzker issued a stay-at-home order mandating that all non-essential businesses close in order to stop the spread of COVID-19 infections. The governor wisely chose to deem both medical and adult-use cannabis dispensaries as “essential services,” preventing a rush of weed panic buying. During the quarantine, medical cannabis dispensaries are allowed to sell their products via curbside pickup.

Although the curbside delivery rules allow dispensaries to practice social distancing, advocates are arguing that Pritzker should draft emergency weed delivery rules. The state’s adult-use law currently prohibits pot deliveries, but some lawmakers believe home deliveries will allow customers to comply with stay-at-home orders. Legal weed delivery services in California are seeing a spike in sales, and Nevada has mandated that all weed retailers operate on a delivery-only basis during the lockdown.

Even with quarantine measures in place, Illinois’ legal weed stores still managed to sell more product in March than they did in February. In January, the first month of legal sales, adult-use stores raked in nearly $40 million, and last month, sales dropped slightly down to almost $35 million. About $27 million of these sales came from in-state buyers, but out-of-state shoppers from neighboring prohibition states like Indiana accounted for another $8.8 million in sales.

Some critics have warned that the influx of out-of-state customers could increase the spread of coronavirus from state to state. Similar concerns convinced Massachusetts Governor Charlie Baker to close all adult-use stores in his state, while allowing medical marijuana dispensaries to remain open. The Netherlands also decided to shut down all cannabis cafes because Belgian tourists kept crossing the border to buy weed, but eventually decided to re-open the shops for take-out service only.