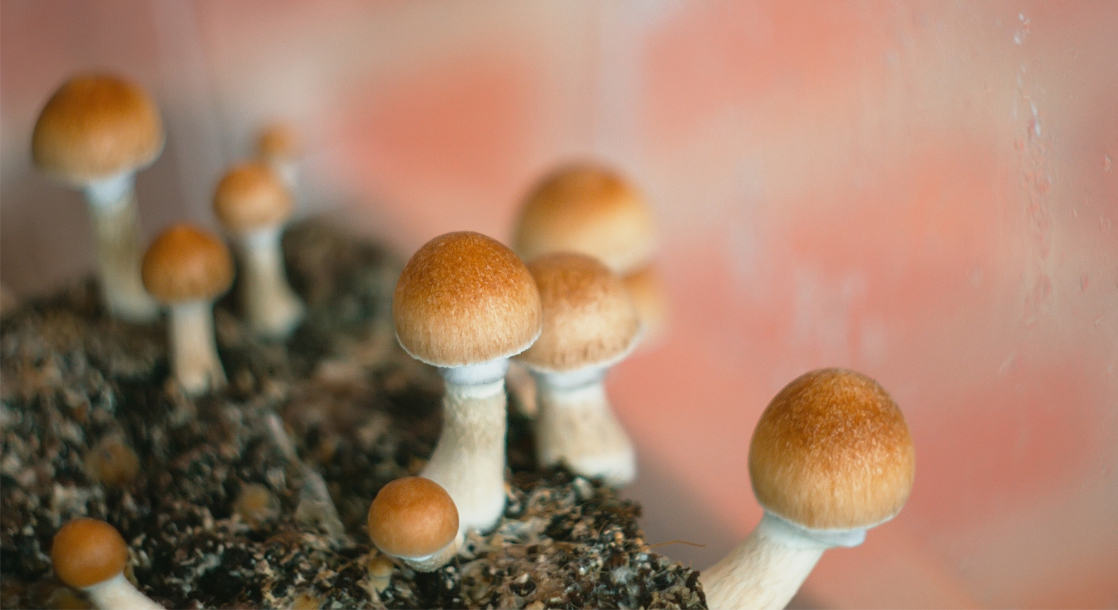 Psilocybin may be more effective at treating depression than ketamine, according to new animal research conducted by Louisiana State University.

Just over a year ago, the US Food and Drug Administration (FDA) approved a new drug called esketamine, derived from the popular party drug ketamine, to treat depression. Ketamine, sold on the street as “Special K” or just “K,” is a dissociative that is legally used as a medical anesthetic and illegally used as a recreational drug. In recent years, a growing number of clinical studies have shown that small doses of ketamine can reduce the symptoms of treatment-resistant depression, and this research convinced the FDA to officially sanction this medicine.

But ketamine is not the only former party drug that shows promise at treating depression and anxiety. Dozens of new clinical research trials show that MDMA and psilocybin can effectively treat PTSD, depression, anxiety, and other disorders. The preliminary research is so promising, in fact, that the FDA is currently considering legalizing both of these drugs to be used under medical supervision within the next few years.

The present study, published last month in the ACS Chemical Neuroscience journal, conducted two experiments to determine whether psilocybin could be an even more effective treatment for depression and anxiety than ketamine.

In the first experiment, researchers placed mice in a Forced Swim Test (FST), an inescapable tank filled with water, once a week for five weeks. In a normal FST experiment, mice are forced to swim constantly, as there is no escape from the tank. Some mice eventually give up swimming, which researchers have identified as a depressive-like behavior.

Before conducting this experiment, researchers injected the rodents with either ketamine or psilocybin. During the first two weeks of testing, both groups of mice were less likely to stop swimming than a control group that was injected with saline. But, during the last three weeks of the test, the mice who were dosed with psilocybin continued to fight for their lives, while the ketamine group showed the same immobility rates as the control group.

In a second test, mice were placed in a maze that included both open and enclosed areas. Because rodents generally prefer enclosed areas, researchers identify the open areas as an anxiety-inducing environment that most mice choose to avoid. One group of mice was allowed to explore the maze before the trial began, but the other group of mice only saw the maze for the first time after they had been injected with the drugs.

The mice that were given psilocybin and early exposure to the maze were more eager to explore the open areas than any other group of mice. Mice that were given ketamine or saline, plus early exposure to the maze, were not as likely to enter the open areas. From this, researchers concluded that the mice given psilocybin were experiencing less anxiety than the other mice.

Interestingly, mice that didn’t receive early exposure to the maze did not show any increased interest in exploring the open areas, regardless of the drug they were given. Researchers concluded that this phase of the experiment demonstrated how important “set and setting” are to the psychedelic experience. Among the mice who received psilocybin, the ones familiar with the maze showed fewer signs of anxiety than those unfamiliar with the maze.

“The antidepressant-like and anxiolytic effects of psychedelics are measurable and significant in males of a rat experimental system that has been used by several other groups over many decades for the study of mood disorders in humans,” the study authors wrote. “These effects are evident many weeks after administration, are more persistent than those of ketamine, and are modulated by the rats’ experiences in the first week following administration.”

“The more persistent therapeutic effects of a single administration of psilocybin compared to ketamine in our experimental system support the notion that serotonin 5-HT2A receptor-directed therapeutic strategies may be superior to ketamine-based treatments in the clinic for depression,” the study concluded.