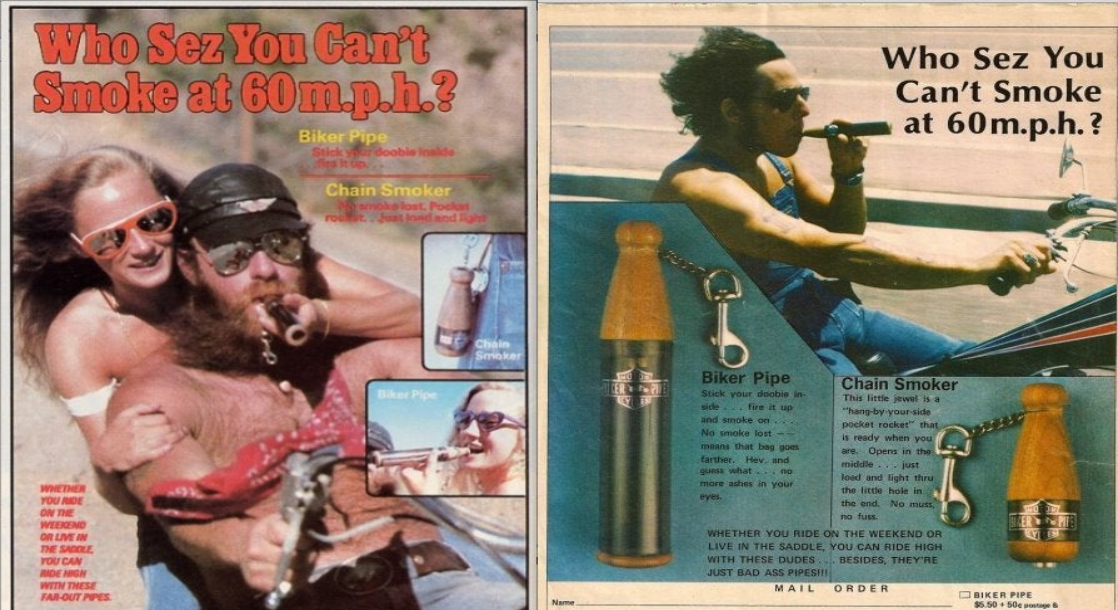 One of America’s oldest and most iconic motorcycle magazines is officially jumping into the weed game.

On Tuesday, the new owner and president of Easyriders magazine, Pepper Foster, told WWD that he finalized a deal worth “well over” $30 million. The partnerships include Easyriders and two US cannabis companies — Oregon’s Big Top Farms and Tennessee’s Hemp2Lab — to make and distribute CBD and CBG products derived from hemp.

Easyriders’ products will include items like topicals, salves, tinctures, lip balms, and lotions, and each will bear Easyriders’ logos and gothic typeface, making these weed products the first (and so far, only) marketed directly to America’s biker community. Though, to be fair, there is a California-based weed brand named after the late Dennis Hopper, one of the stars of the iconic 1969 biker film Easy Rider. The movie’s title likely inspired the magazine’s name, given that Easyriders first hit the news presses in 1970.

Why is a biker magazine countersteering into the nation’s nascent cannabis space, though? First off, bikers were a crucial part of America’s early marijuana movement, toking, wheeling, and dealing herb across the US alongside the hippies, the beatniks, the street activists, and the rock ‘n’ rollers.

Second, the magazine’s revenue stream from advertisements got screwed by the COVID-19 pandemic. Facing bankruptcy just after taking over the magazine, Foster decided to expand Easyriders from a single print publication to an entire lifestyle brand.

According to his interview at WWD, Foster plans to roll-out the new Easyriders hemp products in the near future, particularly whenever these coronavirus lockdowns start to ease up nationwide. He’s currently looking at weed dispensaries, pharmacies, and high-end clothing and luxury stores to carry the Easyriders brand. But at the top of his retail wish-list revs the granddaddy of American motorcycles: Harley-Davidson and its 1,000 stores across the US.

“At the end of the day, the world has to go on, it’s not going to spin off its axis up into Pluto,” Foster said, referring to widespread business closures amid the COVID-19 crisis. “We’re gonna survive and, yes, things will change, but this magazine has been around for 50 years, and it will be around for another 50 years.”

“We’re setting the stage for this brand,” he continued, “a beautiful gem that’s just being polished.”