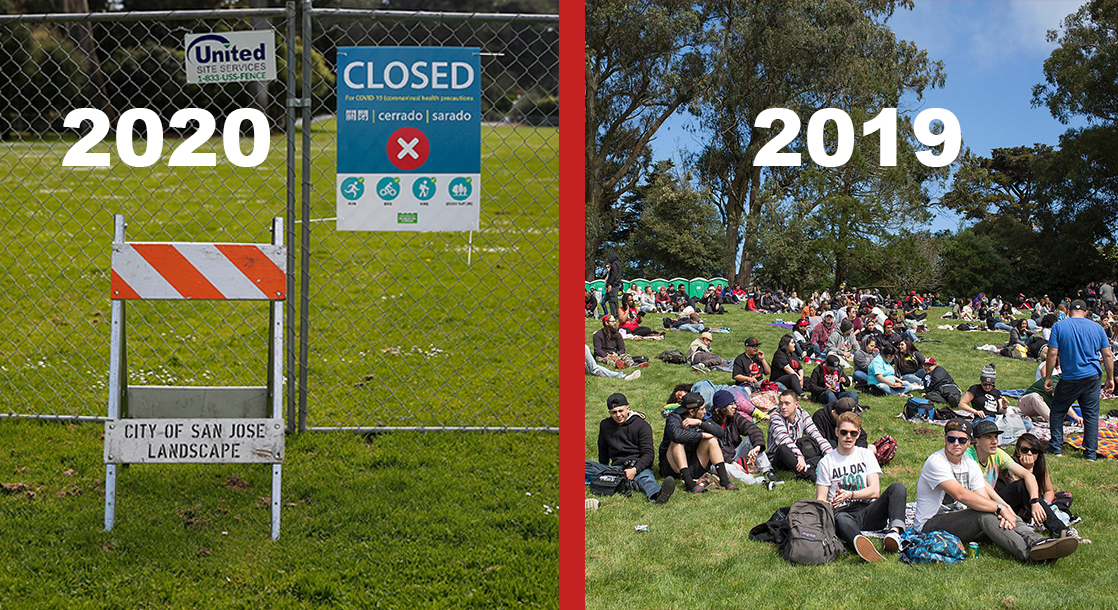 All over the globe, this year’s annual 4/20 holiday celebrations were understandably dampened by the presence of the global coronavirus pandemic. But nowhere was the year-over-year change in high holiday celebration as visible as it was in San Francisco, where the city’s annual Hippie Hill smoke-out in Golden Gate Park was canceled and replaced by fences, piles of barricades, and swarms of security patrols.

According to a report from ABC, the canceled event and social pressure to stay home worked as intended, as Bay Area stoners stayed out of Golden Gate Park throughout 4/20.

“I am really glad to hear that people are not at Golden Gate Park and they are sheltering in place. We are encouraging people to celebrate this year at home,” Eliot Dobris, spokesperson for the San Francisco dispensary Apothecarium, told ABC.

Outside of pot shops, San Francisco Mayor London Breed took to social media in the days before the cannabis holiday to plead with the pot-soaked city to stay indoors while enjoying their legal herb. In an effort to reach audiences who don’t typically pay attention to politicians before smoking weed, Mayor Breed also enlisted Bay Area rap legend E-40 to post his own social media call to action for stoners to celebrate 4/20 alone and indoors.

A heartfelt message from the Ambassador of the Bay Area, @E40.

“One of the main things that I was concerned [about] was Hippie Hill and they even said, ‘Thank you E-40 for letting it be known that everybody needs to stay in their house this particular year,’” E-40 said.

Mayor Breed said that police would be on hand at Golden Gate Park to ticket any potential partygoers, but with the holiday scene sufficiently subdued, cops did not have to fine anyone, leaving Hippie Hill empty for its first 4/20 in more than a decade.