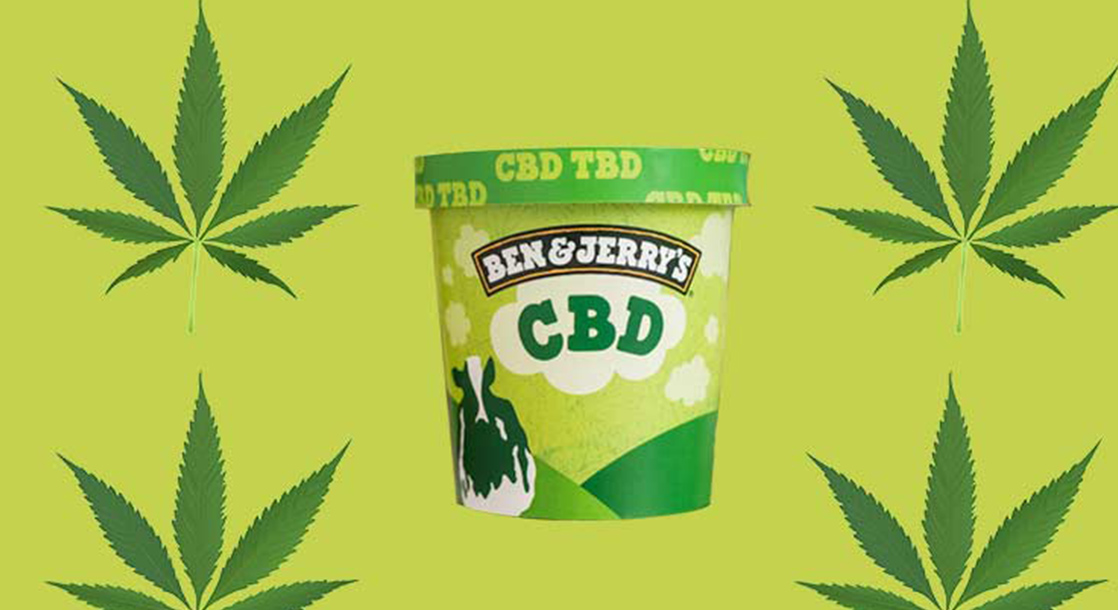 Despite the coronavirus pandemic, American brands were still loud on 4/20. Whether it was Cheech & Chong-themed fast food specials or cheeky social media promotion, everyone from Panda Express to coconut water brand Vita Coco let their green flag fly. But while most mainstream companies used the holiday to make munchies jokes on Twitter, one stoner-friendly brand pushed cannabis advocacy and racially-focused criminal justice reform.

Cannabis is legal in 33 states, but hundreds of thousands of people are still arrested for possession every year — a disproportionate number of them Black. This #420, get the facts then join us and @ACLU to take action to pass the MORE Act. Learn more: https://t.co/D3rsTpHaYz pic.twitter.com/PCYC1Z7g1V

In an effort to promote cannabis legalization and highlight the ongoing War on Drugs, Vermont-based ice cream giant Ben & Jerry’s spent the high holiday collecting signatures to help the ACLU pressure lawmakers to end federal pot prohibition once and for all.

First covered by Kyle Jaeger at Marijuana Moment, a new post went live on the Ben & Jerry’s website on 4/20, titled “Let’s Be Blunt About Cannabis Justice.” The article broke down the reality of America’s racially-biased cannabis policing, and asked ice cream lovers to speak out in the name of equitable legalization.

It’s hard for us to get excited about #420 when so many people of color are still being arrested for cannabis. We have to do better. Learn more: https://t.co/cDd2GrE9OT pic.twitter.com/aA8JBFyume

“San Francisco and Seattle are already expunging convictions, and a growing number of big-city prosecutors are refusing to prosecute cannabis-possession cases while also pushing to clear old convictions from the books,” the blog post reads. “That’s awesome, and we want to see this approach go national. (We’re not alone: 63% of Americans support expungement.)”

“Legalization must have equity at its heart,” the Ben & Jerry’s website post continued. “That’s why we’re calling on Congress to support the [Marijuana Opportunity, Reinvestment, and Expungement] Act, which would make cannabis legal and (it’s an important “and”!) expunge prior cannabis convictions.”

This #420, we’re joining the @ACLU to talk justice. Specifically, justice for the people of color that cannabis legalization has left behind. Get the full scoop and take action now: https://t.co/FolxgtEUgY pic.twitter.com/apz0swYIsr

Aiming to prove that the company is not just half-baked, Ben & Jerry’s emphasized that it is focused on doing more than just satiating the munchies.

“We have to do more than trade on quirky hippie stoner culture,” Christopher Miller, head of global activism strategy at Ben & Jerry’s, told Marijuana Moment. “I think particularly now as there’s a lot more money being made as the industry becomes legalized and real, it’s incumbent upon all of us — individuals and companies who are trading on this — to step up and ensure that the damage that’s been done over the years around the drug is somewhat ameliorated as we move to this phase around marijuana.”

This line from the Ben & Jerry’s site sums up the company’s progressive stance very nicely: “Want to feel really really good this 4/20? Then let’s make sure that legalization benefits all of us. That’ll turn 4/20 into a day that we all can celebrate.”