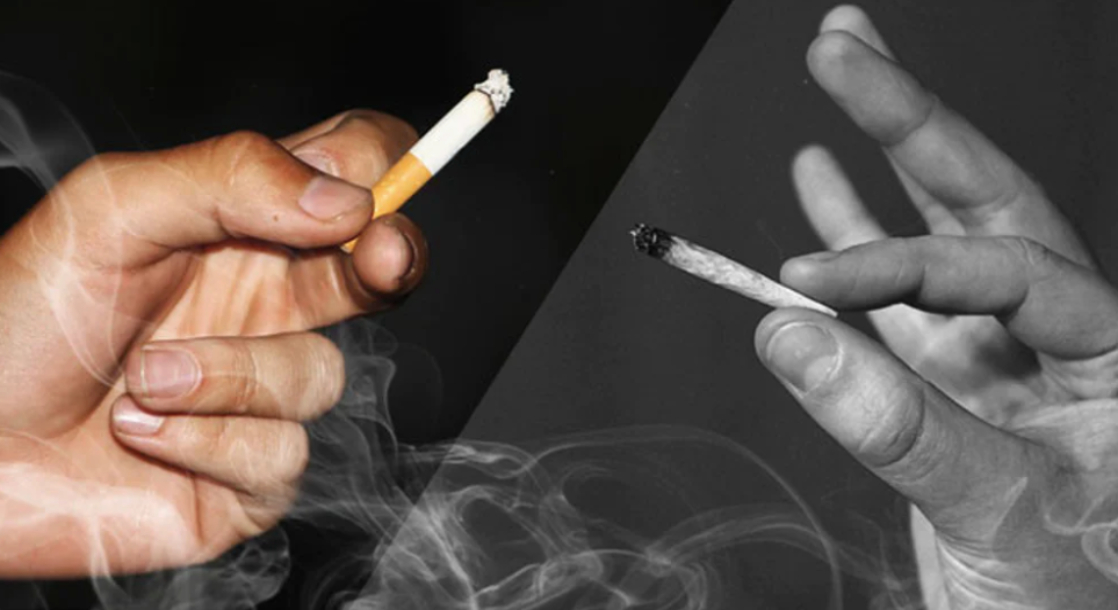 Using cannabis is less likely to cause alterations to human DNA than tobacco use, according to a new epigenetic study recently published in the Translational Psychiatry journal.

Decades of prior research shows that genes play an important role in how individuals react to specific drugs, as well as influencing whether they are more or less likely to become addicted to a drug. Drug use is also known to make temporary or permanent alterations to a user’s DNA, by way of a process called DNA methylation.

DNA methylation is a biological process in which methyl groups are added to a molecule of DNA, creating a signal that can deactivate a specific gene. Researchers say that errors in this methylation process can make an individual more susceptible to diseases like cancer, lupus, or muscular dystrophy, or can make them more likely to pass on birth defects to their children.

Scientists also discovered that environmental factors like drug or alcohol use, stress, diet, exercise, and bacterial infections can alter the normal methylation process, increasing the risk of disease. Some of these changes appear to be permanent, while others are dynamic and temporary. For example, studies find that higher rates of DNA methylation changes among tobacco smokers, but the rate of these changes can return to normal if a person quits smoking.

A team of researchers from New Zealand set out to discover how cannabis alters the DNA methylation process, compared to tobacco. The researchers used data from the Christchurch Health and Development Study, a longitudinal study that has kept track of 1,265 children born in 1977 throughout the course of their lives. These subjects have been studied 24 times between birth and age 40, and researchers collected a blood sample from most participants at age 28.

The present study looks at 96 participants who submitted a blood sample and describes their lifetime drug use. Researchers divided the subject pool into two groups: those who used both cannabis and tobacco, and those who only used weed. For the cannabis-only users, researchers limited the subjects to those who used pot for three years or more, or met the criteria for cannabis use disorder.

Using the blood samples, researchers extracted each subject’s DNA to analyze it. The results linked cannabis to DNA methylation in a number of genes, but the results were less extreme than those caused by tobacco. “Consistent with previous reports of tobacco exposure, we observed greatest differential methylation in cannabis with tobacco users in the AHRR and F2RL3 genes,” the study authors explain. “These changes, however, were not apparent in the cannabis-only data.”

However, cannabis use was linked to increased DNA methylation in genes that are not affected by tobacco. These genes are linked to neural signaling and cardiomyopathies, which could potentially explain how cannabis could increase risks of mental illness or heart disease. These conclusions are limited by the small number of subjects, though, and researchers say that further research needs to be conducted to determine if these results are significant.

The authors conclude that “the effects of cannabis use on the mature human blood methylome differ from, and are less pronounced than, the effects of tobacco use, and that larger sample sizes are required to investigate this further.”