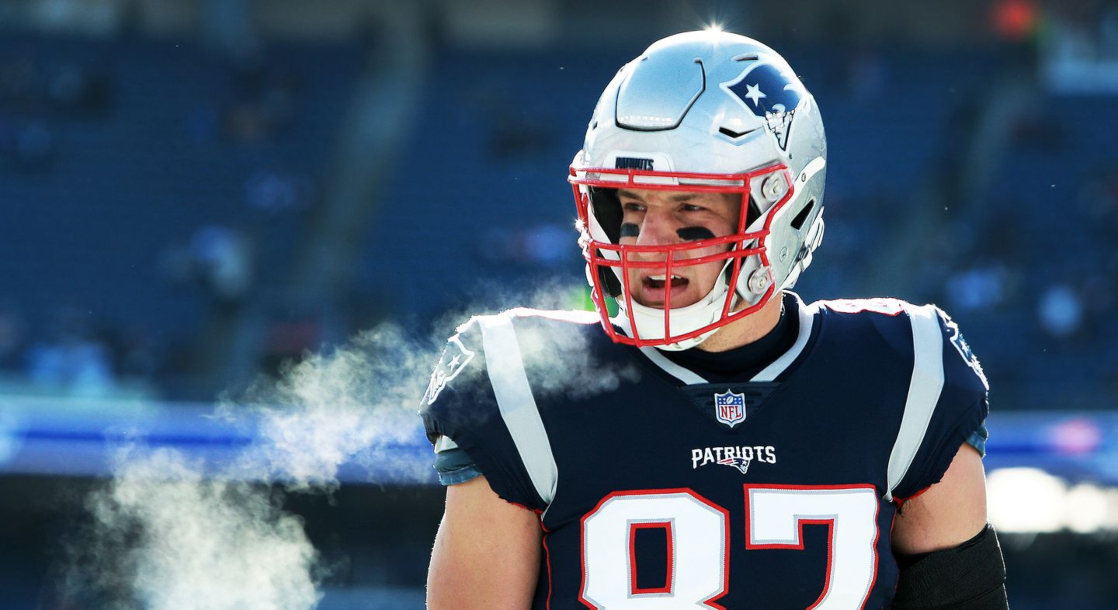 Rob “Gronk” Gronkowski is back in the game, and he’s bringing his weed with him.

On April 21, the day after the unofficially-official stoner holidaze, the NFL tweeted that Gronkowski would return to pro-football. And although he won’t be playing with the team that brought him three Super Bowl rings — the New England Patriots — he will be reuniting with his former quarterback, Tom Brady, as part of the Tampa Bay Buccaneers’ new lineup.

BREAKING: Patriots agree to trade Rob Gronkowski to the Buccaneers. (via @RapSheet) pic.twitter.com/W28QUzUNKO

And in case you’re wondering, yes, the NFL’s new policy change to stop suspending players for consuming cannabis played a major part in his decision to return.

“I left the game last year after realizing that my body had taken a beating and needed to recover,” Gronk said in an email statement, according to Heavy. “Now I’m glad to share that I’m back in the game! As a result of my personal experience, I have advocated for the use of CBD products to be available to both the public and professional athletes and am glad to see changes in policy with sports organizations across the board.”

Last year, Gronkowski, considered by many sports writers to be the greatest tight end to ever play, retired from the NFL largely due to the league’s former anti-cannabis policies. Previously, the league would suspend players for testing positive for pot. After repeated offenses, the player would be ejected from the league altogether. In March, the league’s executives, the players’ agents, and the players themselves agreed to new contracts that no longer suspend players for cannabis or other recreational drug use.

Gronkowski takes CBD products to manage the chronic pain from various injuries he sustained during his nine-season career. Although most CBD products contain zero or negligible amounts of THC, the component of cannabis that causes intoxication, they can still trigger false-positive results for pot use on drug screenings.

“I don’t want to be banned from playing the sport I love because I’m using a product that I can buy, or anyone can buy, at their local pharmacy right off the shelf,” Gronkowski said at a press conference last October. “It’s that simple. I also want to have the option to get back into the game, and if I’m banned next year, I can’t. You know you want to see me out there… I know you do.”

Gronk is a veritable Renaissance man of sports, though. He’s returning to the NFL after just winning one of pro-wrestling’s top titles, the WWE 24/7 championship belt. And the WWE, unlike the NFL, doesn’t test its athletes for marijuana use. That’s probably because the WWE’s founder and owner, Vince McMahon, allegedly smokes a shit-ton of weed.

How will Gronkowski defend his WWE title while catching pigskins in the NFL? He’ll likely have to give up one of these gigs, and we’ll take a guess that he’s going to choose touchdowns over smackdowns.