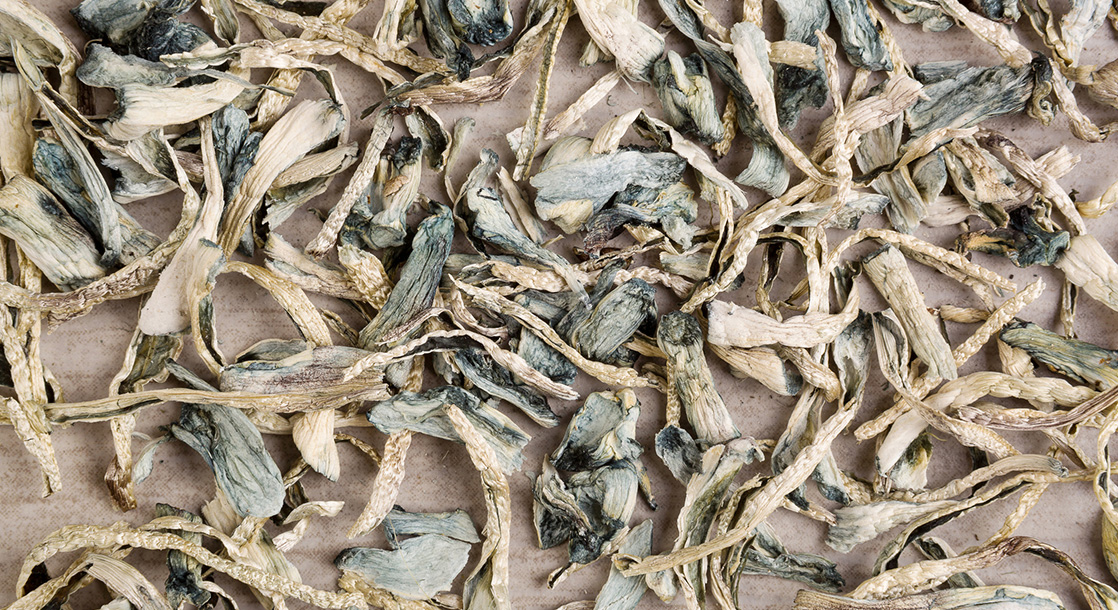 Dr. Bronner’s is known for being one of the first mainstream companies to dive head-first into the legal weed game. Now, the company’s CEO is practically cannonballing smack-dab into the middle of the psychedelics game, too.

On Monday, David Bronner, who runs Dr. Bronner’s as the company’s “Cosmic Engagement Officer,” donated a cool $1 million to Oregon’s medical shroom campaign. His latest donation comes in addition to a $150,000 donation he made to the same campaign in September, DoubleBlind reported.

“I’m a big believer in integrating psilocybin therapy into American and global culture as soon as possible,” Bronner said during a live Reddit AMA the same day he made the $1 million donation. “This therapy helps people to process difficult and traumatic emotions and experiences, break destructive patterns of thought and behavior, and to love, integrate, and forgive themselves and each other.”

Oregon’s shroom Initiative Petition 34, if it passes, will establish the nation’s first state-approved medical psilocybin program. The program permits only licensed medical professionals to administer the shroomy compound to patients in controlled clinical settings. Although psilocybin is not approved by the FDA for medical use, the FDA has designated psilocybin a “breakthrough therapy” to fast-track the psychedelic substance through the federal approval process.

Studies have shown that psilocybin holds a lot of promise for treating depression, anxiety, post-traumatic stress, and drug and alcohol addiction. These behavioral conditions are often difficult to treat with conventional medications, which prompted the FDA to greenlight clinical trials for psilocybin and other psychedelics that have, for decades, been outlawed by the US government.

In case you’re wondering if Oregon will become some triptastic, far-out tourist destination if the initiative passes: Hold off on buying that Shagin Wagon, for now. To the outside observer, psilocybin-assisted therapy looks a lot more like therapy than it does psilocybin-assisted. Patients undergo talk therapy before with their therapist to establish goals prior to tripping on psilocybin. Then, when the patient takes the psychedelic, they’re left in a comfortable room to explore their mind during the trip. When they recover, they follow-up with the therapist for more talking.

“In many ways, psilocybin therapy is just like regular therapy, but with the assistance of psilocybin to open the mind and give the participant a new perspective,” Bronner said. “The sessions can be extraordinarily powerful.”

Oregon activists are also campaigning to decriminalize all drugs through Initiative Petition 44, the “Drug Addiction Treatment and Recovery Act.” If you live in Oregon and aren’t registered to vote, you’ll miss out on a potential milestone in the history of medicine and American drug refrom.