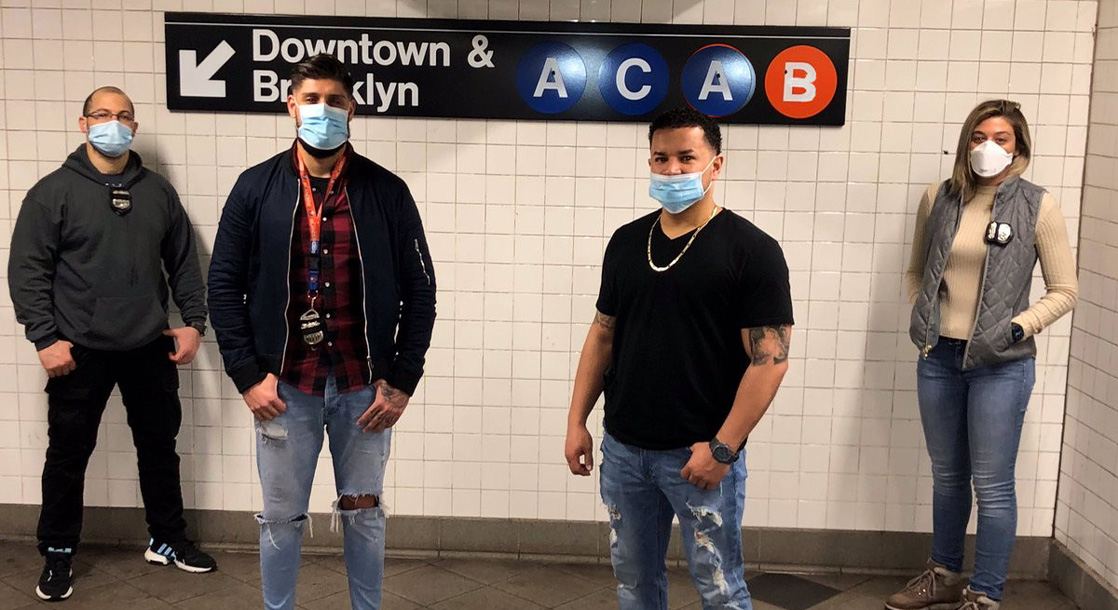 Times are tough right now for everybody across the world, but in New York City specifically, where apartments are tiny, daily life involves tons of close contact, and COVID-19 cases are the highest of anywhere in the country, most folks are just looking for a break. So when NYPD cops tried to brag about busting a small time weed dealer on the subway, New Yorkers — and internet users across the world — responded with waves of relentless mockery and calls for cannabis reform.

Some people may disagree – but transporting ziplock bags of marijuana & a digital scale in your backpack does not make you an essential traveler in the eyes of the Transit police. Hopping a turnstile while doing so didn’t help either. Nice grab by our District 1 team! pic.twitter.com/OEcadRoARd

Over the weekend, the Twitter account for the New York City Police Department’s Transit Division posted a photo of four plainclothes officers in a subway station posing in their best tough cop stances, alongside a cringe-worthy caption: “Some people may disagree — but transporting ziplock bags of marijuana & a digital scale in your backpack does not make you an essential traveler in the eyes of the Transit police. Hopping a turnstile while doing so didn’t help either. Nice grab by our District 1 team!”

All four of the pictured cops were wearing face masks to protect against coronavirus, but as countless Twitter users quickly pointed out, the officer at the front of the photo was wearing his mask below his nose, nullifying any benefits of the protective gear and endangering everyone around him.

Also if you want to lead by example, why don’t you start with baby steps, such as proper presentation of how to wear a face mask?

New York City officially decriminalized cannabis possession last year, but in the months since, Big Apple cops have continued to make marijuana arrests. They’ve also been caught on camera in multiple instances needlessly assaulting cannabis users and even planting weed on unsuspecting citizens. And so when given the opportunity on social media to respond to a team of cops dressed like Jersey Shore cast members to take down weed users in the midst of a global pandemic, you better believe some real New York charm came out.

Hey congrats on protecting the world from the dangers of marijuana. You guys are SO BRAVE.

You look like a band called something like Summer Heat that does Christian rock covers of pop songs at festivals for evangelical teens but you have to break up because of shocking accusations.

lmfao you guys are fucking losers