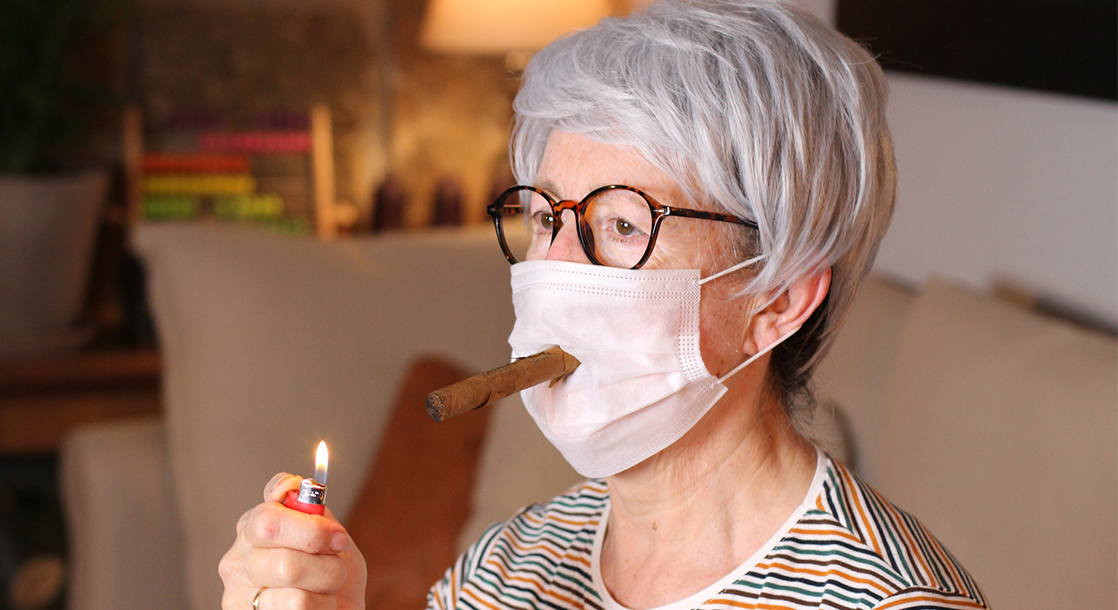 A new study from Canada suggests that cannabis extracts containing THC and CBD could prevent the novel coronavirus from infecting human cells.

The study, published online at Preprints, was conducted by a team of biologists licensed to grow marijuana and hemp under a Health Canada research license. Using 13 different cannabis oils extracted from newly developed strains, the team discovered that certain oils containing the cannabinoids CBD and THC could lower human cell production of two key proteins that serve as gateways for COVID-19 virus to enter the body and cause infection.

Scientists believe that the novel coronavirus primarily spreads when infected individuals talk or breathe within six feet of other people. The moisture droplets that exit the infected person’s mouth travel by air and are inhaled or swallowed by other people in proximity. As the virus travels into a new host’s throat or sinuses (and possibly even the digestive system), it stabs its “corona” spikes into a cellular protein found throughout the body called ACE2.

Another protein made by the body, TMPRSS2, essentially turns the coronavirus spike into a chainsaw, ripping the cell open and allowing the virus to enter. Once the virus is inside of a human cell, it hijacks the cell’s DNA and forces the cell to produce so many copies of the virus that the cell eventually explodes, releasing a swarm of new coronaviruses that go on to infect even more of the host’s cells.

Studies that predate COVID-19 suggest that cannabinoids can “tune down” the genes that produce, regulate, and activate both ACE2 and TMPRSS2. In other words, weed oils could basically block the coronavirus from being able to infect people altogether.

However, it should be stressed that the researchers are not saying that weed is a cure for the coronavirus. Rather, cannabis extracts could work as an “adjunct therapy” in new medical products that could reduce the chances of someone getting COVID-19.

These theoretical weed-infused medicines “can be used to develop easy-to-use preventative treatments in the form of mouthwash and throat gargle products for both clinical and at-home use,” the Canadian researchers wrote. “Given the current dire and rapidly evolving epidemiological situation, every possible therapeutic opportunity and avenue must be considered.”

But before you hop down to the local bar to prematurely celebrate the end of the COVID-19 pandemic, know that there are some major caveats to this study.

First, the researchers didn’t test weed oils in human subjects. Instead, they hit cultured human cells that produce ACE2 and TMPRSS2 with cannabis extracts. Using a bunch of biotechnology techniques, they found that the cannabis oils downregulated, or reduced the activity of, the genes that make and modulate ACE2 and TMPRSS2.

To truly determine if cannabis extracts could stop the coronavirus from entering human cells, they would need to administer these extracts to human subjects who are intentionally (under experimental conditions) exposed to the coronavirus. If that sounds fucking insane, that’s because it kind of is, but it’s also a real thing: Drug companies are using a similar experimental setup to test whether potential coronavirus vaccines would actually work in people.

Second, it’s not entirely clear from the researcher’s paper what the cannabis extracts contained besides THC and CBD. Cannabis extracts often contain hundreds if not thousands of different compounds, including other cannabinoids, terpenes, flavonoids, and polyphenols. While it’s very possible that THC and CBD were responsible for downregulating ACE2 and TMPRSS2, it’s also possible that other chemicals in weed contributed to the study’s results.

Furthermore, the two most effective extracts for downregulating ACE2 were a 1:21 THC-to-CBD ratio oil and a 1:3 THC-to-CBD oil. Why those widely varying ratios both significantly reduced ACE2 activity was not explained, and could indicate that other cannabis compounds are at play.

And the final caveat: Preprints is not a peer-reviewed scientific journal. It’s basically an open-source database where researchers can share their findings with other scientists in the fastest, most efficient manner possible. Websites like Preprints enable researchers to bypass the lengthy process of peer-review — which can take months, if not years — relying instead on other scientists who volunteer their feedback to critique a specific study.

So, no, we don’t owe any apologies to retired footballer Kyle Turley, who claimed just a few weeks ago that his CBD products could cure COVID-19. And we should still anticipate findings from other research projects in Canada and Israel that are investigating whether CBD combined with conventional medications could treat COVID-19.

But, if the Preprints study turns out to be true, we could be fast approaching the finish line in our race against the coronavirus. And then, the US government is going to have a really, really difficult time justifying why it considers marijuana an illegal Schedule I drug with “no accepted medical use.”