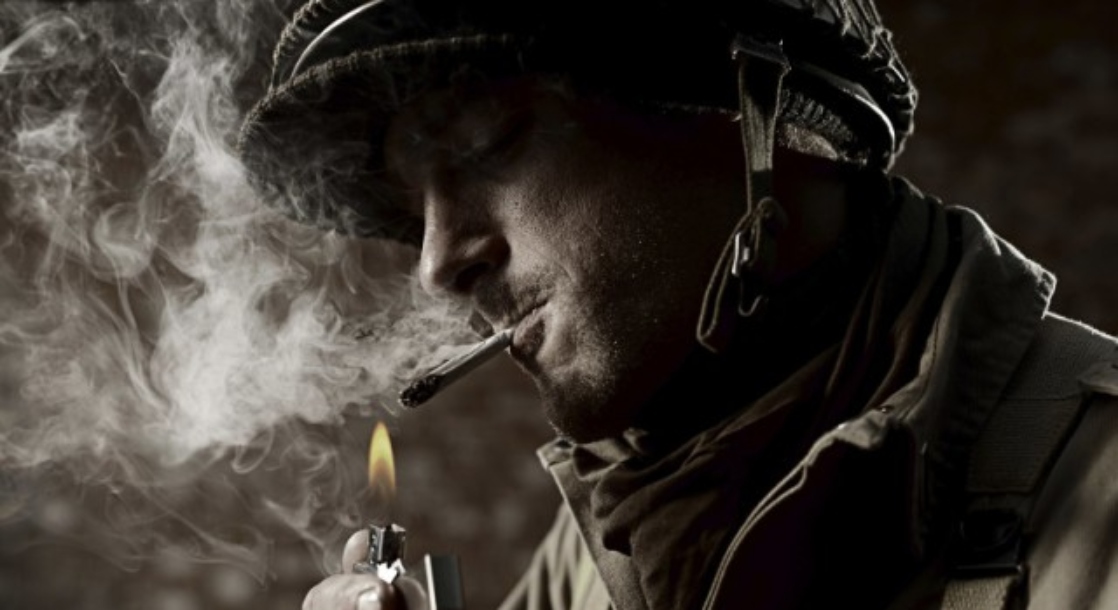 Even as US states finally recognize the multiple benefits offered by legal cannabis, US military veterans continue to face some of the toughest obstacles when it comes to permissive and affordable access.

As Politico recently reported, many veterans are disabled. Although they receive monthly payments from the government to cover their basic living expenses, these veterans cannot often afford licensed, legal cannabis, even in states where weed is legal.

According to Sean Kiernan, the President of the Weed for Warriors Project, a pro-cannabis, non-profit veterans organization, disability checks don’t reliably cover the costs for medical cannabis. Federal medical insurance won’t cover the costs of smokable cannabis, either, since insurance does not generally recognize cannabis as medicine.

Kiernan told Politico that many disabled vets typically spend about $50 per day on legal cannabis. “That comes to around $1,500, give or take a few hundred dollars, a month,” he said. “So they’re eating up 50 percent of their disability. Whereas, in the black market they go out and buy size, quantity and variety they can’t get in the legal market.”

Kiernan’s “50 percent” figure is based on his own disability benefits, which he said comes to $3,000 a month. That’s over double the national average for veterans. A 2018 US Department of Veterans Affairs report claimed that the average disability pay for veterans was just $16,173 per year, or a meager $1,347 per month.

Politico further detailed a story from “Alex,” an anonymous disabled veteran who lives in California. Although Alex resides in a state with legal weed, he buys his cannabis concentrates from an unlicensed seller who lives an hour’s drive away. Alex said he can’t afford weed products from the state’s pot shops, which tack arguably high taxes onto already high retail prices. But he can get these same products at half the price when buying under-the-table from his buddy.

In other words, Alex, who is physically disabled, would rather drive a two-hour round trip and purchase cannabis products that are not lab-tested for safety than buy from a licensed shop nearby, due to costs.

Military veterans are one US demographic that experiences high incidences of post-traumatic stress, or PTSD. According to the VA, individuals living with PTSD have a 500 percent greater chance of dying by suicide compared to individuals who do not live with PTSD. VA doctors often prescribe “cocktails” of mood stabilizers, antidepressants, and tranquilizers to control the symptoms of PTSD, though some reports suggest that these pharmaceutical cocktails may actually do more harm than good.

In addition, combat veterans often return home with debilitating, life-long chronic pain conditions that can impede their ability to function on a day-to-day basis. The VA prescribes addictive opioid painkillers to manage the pain, though studies have shown that opioids are not effective at fixing the root causes of non-cancer-related pain. Cannabis, both as smokable flower and derivative products, may be able to reduce opioid use by complementing painkiller therapies. But, cannabis could potentially replace opioids altogether for some patients. The plant can reduce inflammation that accompanies chronic pain, and some preliminary studies done on rodents suggest that cannabinoids could also aid the regrowth or repair of damaged nerves.

Studies also show that cannabis does not form physical addictions like opioids can. Also, there is no known lethal dose for cannabis, unlike opioid medications which can cause heart or breathing failures if misused.

Veterans across the US say that cannabis is one of the only therapies, if not the only therapy, that effectively controls their symptoms and helps them lead satisfying, fulfilling lives. But both the VA and Congress have blocked or killed bills that would allow veterans greater access to pot.

Even if these veterans are only smoking weed simply “to get high,” as some prohibitionist critics will claim — who the fuck cares? Cut ‘em slack. These men and women laid their lives on the line, witnessing and experiencing nightmare-ish horrors to defend a country that considers cannabis a “dangerous” and “addictive” drug with “no accepted medical use.”

At the very least, the US can say “thanks” and support the troops by giving them affordable, legal, and safe access to cannabis.