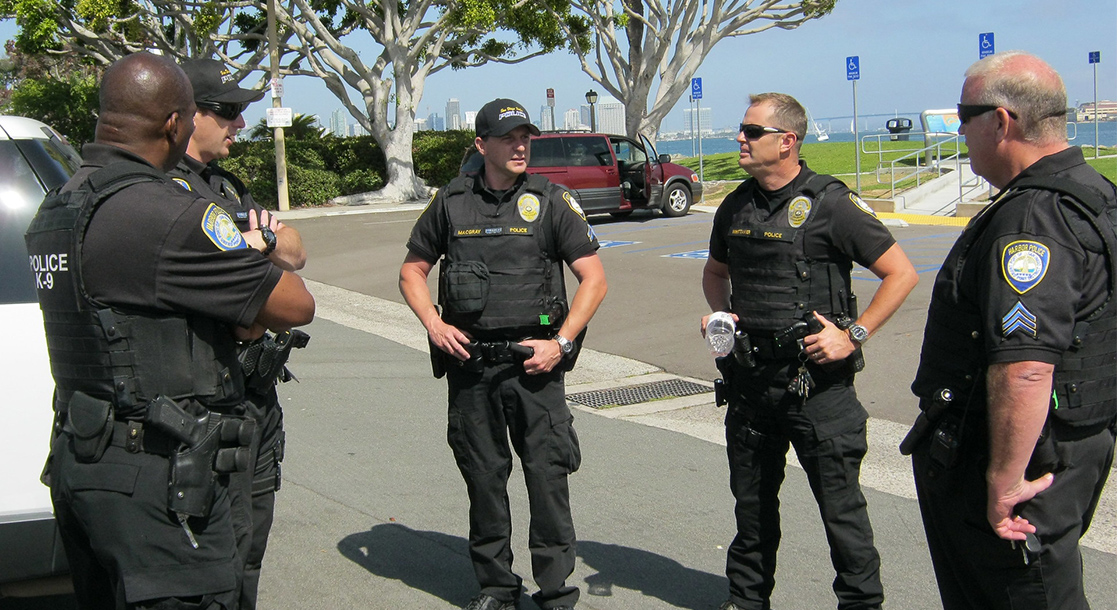 Police in Chula Vista, California went the extra mile during the raid of an unlicensed cannabis dispensary this week. In addition to confiscating hundreds of pounds of weed and thousands in cash, cops also brought along heavy duty construction equipment that was used to extract and destroy large shelving and display cabinets from the store.

According to a report from the San Diego Union-Tribune, cops took more than $10,000 in cash and $500,000 worth of cannabis products. But in an effort to try and prevent the unregulated dispensary from reopening shop in the coming days or weeks, cops didn’t stop with the seizures, and continued by ripping display cases out of the building, where they were then crushed and tossed into the back of a dump truck. In footage of the raid, one of the display cases can be seen still packed with weed products.

“The Police Department has a responsibility to maintain the health and safety of the community and its own personnel. This may include the mitigation of safety hazards and the reduction of the occurrence and re-occurrence of crime — including the occurrence and re-occurrence of illegal cannabis operations,” Chula Vista PD Captain Phil Collum told the Union-Tribune. “As previously stated, all search warrants and court orders (including the warrant service from the other day) as they relate to the search, seizure, or destruction of property are conducted with specific authorization and approval provided by the Superior Court.”

In the years since the Golden State fully legalized adult-use cannabis sales, cities across California have struggled to shut down the area’s vast network of unlicensed dispensaries. Despite frequent raids, unregulated pot shops often reopen in the same or nearby storefronts shortly after police leave. The Chula Vista police strategy to destroy dispensary infrastructure along with the weed appears to be a new method in slowing those rapid reopenings.

“I’ve worked with a lot of search warrants, a lot of drug cases, and I’ve never heard of that before,” Attorney Kerry Armstrong told the Union-Tribune. “It is just odd, really odd… They are destroying evidence, even before a court case is filed.”

But due to lenient punishment for cannabis crimes in the wake of legalization, most California dispensary raids are not prosecuted in criminal court. Instead, most police departments and district attorneys opt for seizures, fines, and now — thanks to Chula Vista PD — destruction of shelving and display cabinets.

Even in the face of the ongoing COVID-19 pandemic, Chula Vista police have raided more than a dozen unregulated dispensaries since April 21st, confiscating more than $10 million worth of cannabis products.