Instantly, the name “Venom OG” evokes daunting images on the order of fangs, ferocity, and fiery intensity with old-school outlaw roots. Even with its pungent aroma and earthy taste, though, the sleepy and upbeat weed strain couldn’t be further from such harsh concepts.

So maybe calling this hybrid Venom OG was an ironic prank on the part of its creators. Or, possibly after the breeders indulged in and enjoyed the strain’s ability to simultaneously relax and inspire, they just thought the name sounded cool?

That’s one question regarding Venom OG that might forever remain a marijuana mystery. What follows are other Venom OG questions to which MERRY JANE is highly happy to provide the answers. 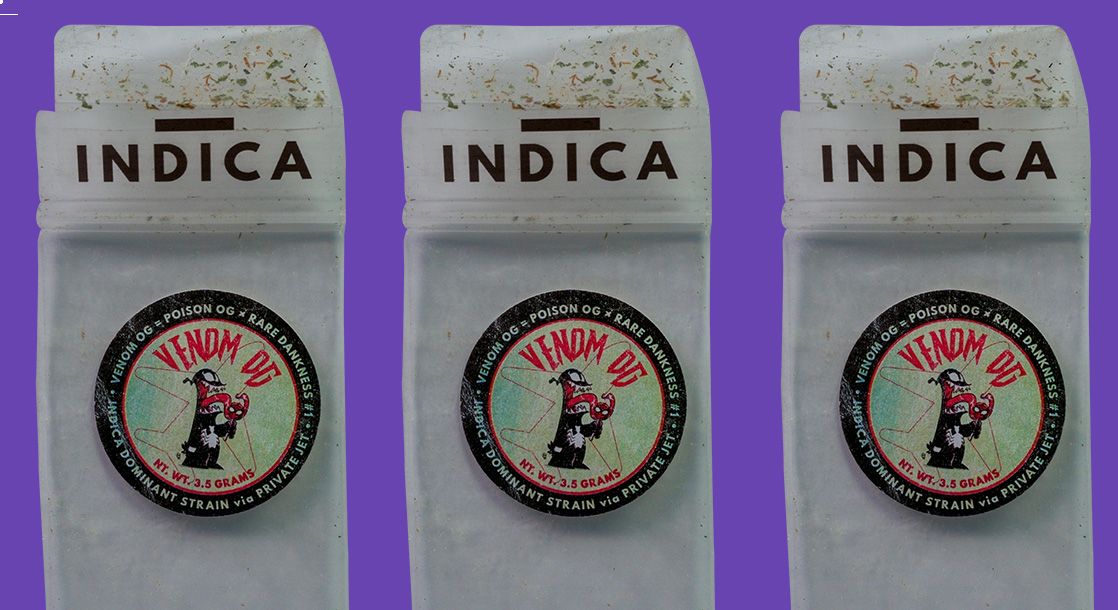 What Is the Venom OG Weed Strain?

Venom OG is an indica-dominant cannabis hybrid developed by Colorado breeding outlet Rare Dankness. According to multiple databases, the strain is a cross of Rare Dankness #1 and Poison OG, both of which are believed to have roots in Chemdawg. As a kush strain in the most classic vein, it’s also known as Venom OG Kush.

What Kind of High Will I Get From Venom OG?

Packing potent THC levels that typically range from 18 to 23 percent, Venom OG is not a strain to be puffed passively. Users will feel Venom OG work slowly but magically. It purportedly starts with throbs and tingles around the eyes and forehead, followed by the limbs growing heavy, and a warm rush of euphoria rolling down the spine that chugs toward an all-over state of stoney, sluggish, even syrupy bliss. Sleepiness can often take hold from there.

But while Venom OG is best to light up late at night, it won’t entirely pin you to the couch, either (at least not at first). This is due to the strain’s reputation for sparking eruptive, sensory-enhancing delight. Sights, sounds, tastes, smells, and touches attain higher states of impact without ever bursting the strain’s all-encompassing bubble of enchanted chill. The bliss lasts long and remains substantial.

That stated, we recommend sharing Venom OG with like-minded stoners for a dope evening of laying about, listening to music, streaming movies, and gleefully embracing the munchies. Vibes will be good and the laughs will come loud and easy.

What Does Venom OG Look, Smell, and Taste Like?

Venom OG comes in dense, lushly dark, forest-green nuggets that cling together in elongated shapes amidst webs of luminously orange hairs. White trichomes that coat the buds make them a challenge to break apart without the help of a tool like a grinder (which will well be worth using).

The strain’s aroma profile includes skunk, wood, diesel, and citrus, with lab reports from Leafly suggesting high rates of the terpenes myrcene, limonene, and caryophyllene. In terms of flavor, expect to detect earthy notes of pine and lemon, with skunk figuring prominently on the exhale. One caveat: Dry mouth is definitely a factor when firing up Venom OG, so plan to hydrate your high accordingly. 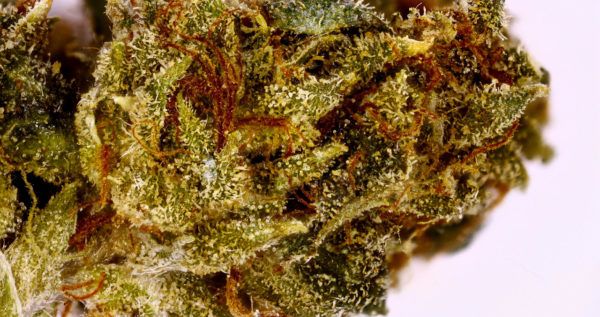 Photo via I Love Growing Marijuana

What Other Benefits Does Venom OG Deliver?

Venom OG’s power to properly alleviate tension and relax both the mind and body makes it a natural to address stress, anxiety, insomnia, and physical maladies such as muscle aches, spasms, and cramps. In addition, Venom OG’s euphoria-inducing abilities add a depression-combating component to its multiple marijuana merits.

If you’ve got a soft sofa and the proper set-up for an evening of smoking, giggling, and feeling good until sweet clouds of rapturous slumber set in, Venom OG is the weed you want. See you in the morning!