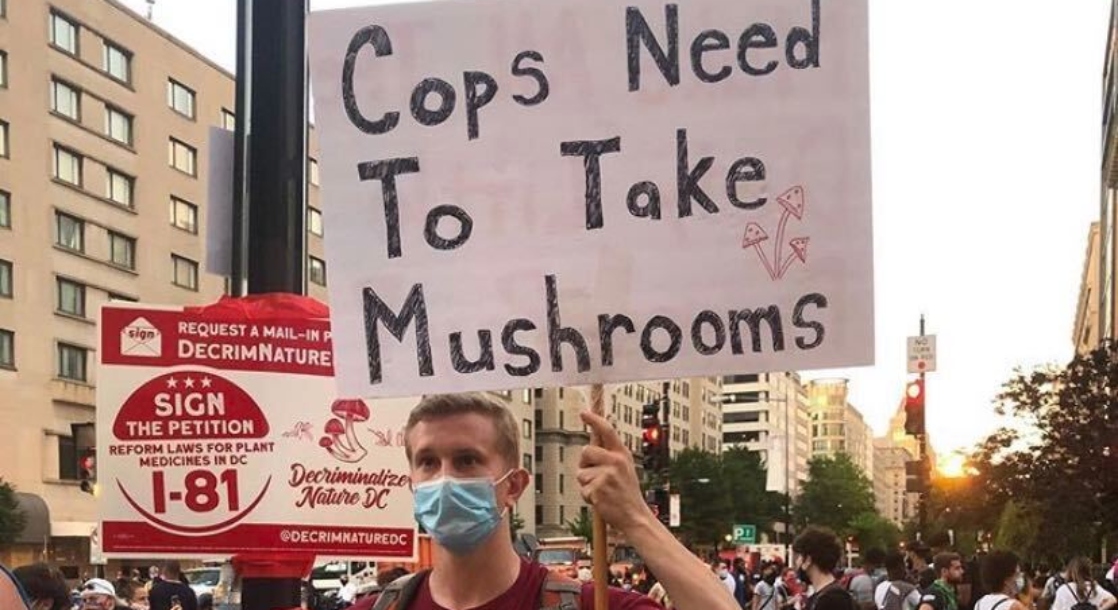 This past February, the Washington DC Board of Elections granted initial approval to Initiative 81, a ballot measure to decriminalize plant-based hallucinogens, such as psilocybin mushrooms, ayahuasca, and ibogaine. In order to successfully place this measure on the ballot, however, activists must collect around 30,000 valid signatures from DC voters by July 6.

Unfortunately for the campaign, DC imposed a quarantine to slow the spread of COVID-19 in March, making door-to-door signature collection impossible. Decriminalize Nature DC (DNDC), the organization advocating for this initiative, asked the city to allow them to collect signatures online, but their request was denied. The city authorized other alternate forms of signature collection, however, and the activists came up with a new plan.

As a test run, DNDC mailed 10,000 petitions to individual residents living in the city and asked everyone to sign and return them. One month later, around 7.4 percent of these petitions have been returned with valid signatures. Although this percentage is relatively small, activists were encouraged to expand their test to the entire city. DNDC is now mailing petitions to nearly 220,000 addresses in the city — every single household with at least one registered voter at that address.

“In these uncertain times, engagement with local democracy is key to enacting real reform,” said DNDC chief petitioner Melissa Lavasani to Marijuana Moment. “When you receive a petition in the mail, it is an invitation to both make a positive change in DC laws and to support local democracy by giving DC voters the opportunity to vote on Initiative 81 in November.”

These additional mailouts are expected to cost the campaign $160,000, putting them over budget, but DNDC is committed to moving forward despite the cost. The group has already secured large donations from Dr. Bronner’s Magic Soaps, who have supported many similar campaigns across the country. DNDC has also raised another $5,000 in donations from distributing handmade face masks decorated with assorted psychedelic plants.

Activists were cautiously hoping that their new mail-in campaign would be enough to collect the necessary number of signatures, but last week’s protests gave them a second chance to collect in-person signatures. As thousands of protestors took to the streets in support of the Black Lives Matter movement, DNDC set up tents along major streets to collect signatures while still encouraging social distancing.

The campaign managed to collect 5,000 new signatures during the protests. One volunteer even handed the petition to DC Mayor Muriel Bowser, but she declined to sign it. But even though the protests are beginning to subside, activists are using the spirit of the movement to emphasize the importance of putting an end to drug prohibition laws.

“As a campaign of concerned DC citizens focused on reforming police priorities and enacting this small step to end the War on Drugs in the District of Columbia, Initiative 81 compliments policing reforms demanded at ongoing Black Lives Matter protests which DNDC has attended and supports,” said DNDC in a press release.

If the campaign succeeds, DC will join Denver, Oakland, and Santa Cruz in becoming the first US cities to effectively decriminalize psilocybin and other natural psychedelics. Meanwhile, activists in Oregon have almost succeeded in securing enough signatures for a campaign to legalize psilocybin-assisted therapy in the Beaver State, and lawmakers in Vermont and New York are also working to decriminalize psychedelics on a state level.