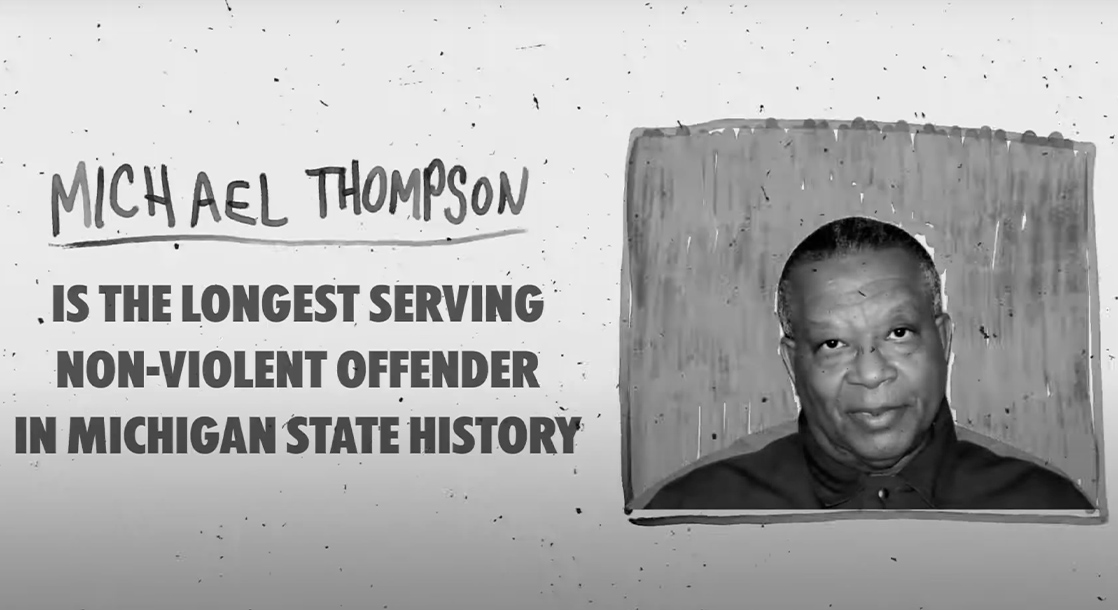 Image via The Last Prisoner Project

This week, on June 17th, 2020, Craig Cesal was released from an Indiana prison after serving 18 years for a first-offense, non-violent cannabis crime.

Across the country, Cesal and thousands of incarcerated people like him are being held on decades-long prison sentences for charges relating to a plant that is now legal for medical or recreational use in numerous states across the country.

We are so happy to report that after serving 18 years of a LIFE sentence for a first-time, nonviolent marijuana offense, Craig Cesal has been granted home confinement. pic.twitter.com/QPSYV4Vtpj

That’s where the Last Prisoner Project (LPP) comes into play. To make sure that the benefits of cannabis legalization make their way to prisons and not just dispensary owners, the LPP is rallying advocacy, funding, and attention to try and commute the sentences of anyone sentenced to years in a cell for cannabis crimes. Those goals have only been accelerated by the emergence of the COVID-19 pandemic, and the nonprofit group is now pushing to get supporters to call on Michigan’s governor to demand the release of Michael Thompson, a prisoner serving a life sentence for a non-violent cannabis crime.

“When the coronavirus started spreading in the US, LPP knew that we had to act fast to start trying to get our incarcerated constituents out,” Sarah Gersten, Executive Director & General Counsel at LPP, told MERRY JANE in an email. “We knew that due to the conditions of confinement — including overcrowding, lack of resources, and little access to medical care — correctional facilities would be highly susceptible to outbreaks. We were rightfully concerned that a cannabis sentence would become a death sentence for some of our at-risk constituents. Craig Cesal was one of those constituents.”

But while Cesal has now been released to home confinement monitored by an ankle tracker, he is still a part of the criminal justice system, and there are still thousands of people still locked up for cannabis crimes that are now legal in many states.

In Michigan, despite a thriving adult-use cannabis market, Michael Thompson has been in prison for over 25 years as part of a life sentence, due to being caught with three pounds of pot. Gersten and her colleagues at the LPP have teamed up with Shaun King and Action Pac, among other celebrity activists, to push a call-to-action campaign to free Thompson, a black man considered high risk for COVID-19. “It’s a race against time before his cannabis sentence becomes a death sentence,” wrote The Last Prisoner Project.

“This is a political issue. Those officials are not going to grant clemency if they feel that their constituents, the people that voted them into office, don’t believe these individuals should be freed,” Gersten told MERRY JANE. “So it’s imperative for anyone who supports cannabis justice to make their voice heard and let their elected officials know that they believe that no one should remain incarcerated for a cannabis offense.”

The Last Prisoner Project has also drawn attention to their most recent initiative with the help of celebrity cannabis users like Willie Nelson, Melissa Ethridge, and Vanessa Carlton.

“Can you imagine being arrested for pot and then being kept in prison for 25 years? That is what has happened to Michael Thompson,” Vanessa Carlton told Forbes. “Marijuana offenders serving sentences of life without parole need clemency… I am a huge supporter in the Last Prisoner Project. Please help me in highlighting this case so that the governor of Michigan, Gretchen Whitmer, doesn’t overlook him. If the governor turns her cheek, Michael has to wait another two years before submitting again.”

For more info on how to help free Michael Thompson and help with the nonprofit’s campaign, visit The Last Prisoner Project’s website here.