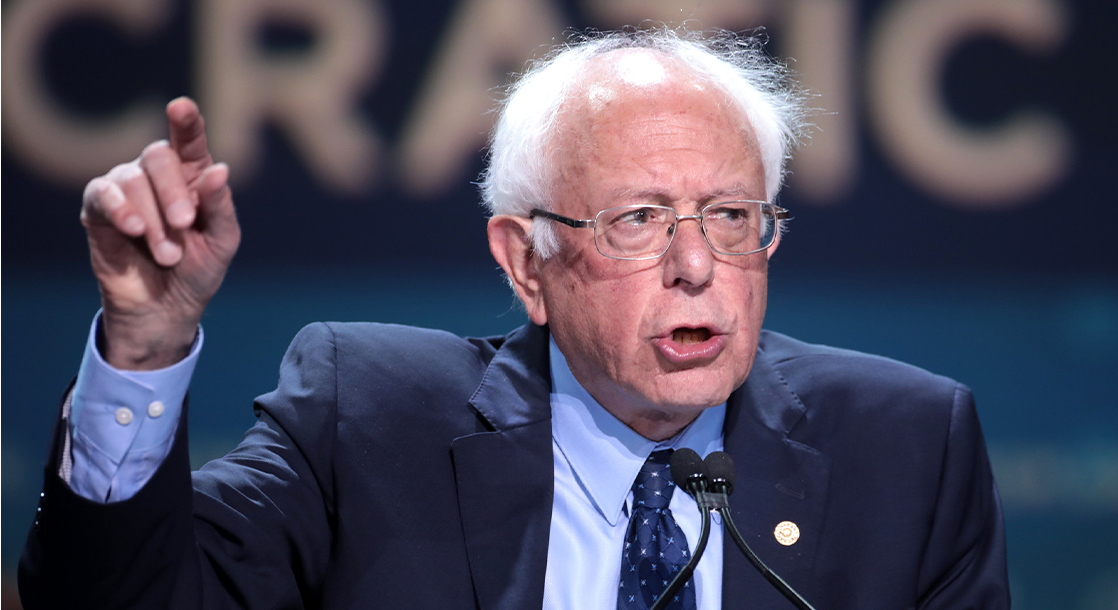 Bernie Sanders is no longer leading the pack for November’s Democratic presidential nomination, but the Vermont Senator is still one of the federal government’s most outspoken progressive voices. Last week, Senator Sanders made his voice heard on the Senate floor, where he called for overarching federal police reform, starting with nationwide cannabis legalization.

First reported by Marijuana Moment, Sen. Sanders’ speech came in the midst of continued protests against police brutality. The social uprising started after the killing of George Floyd by Minneapolis police officers, and has grown into a huge and sustained protest in support of civil rights and defunding American police departments. In his speech on the Senate floor, Sanders called for the end of “qualified immunity” for police officers, an unarmed civilian corps of first responders, and of course, cannabis legalization.

“Finally, and certainly not least importantly, we need to legalize marijuana,” Sanders said. “In the midst of the many crises we face as a country, it is absurd that, under the federal Controlled Substances Act, marijuana is at Schedule I, along with killer drugs like heroin.”

During his presidential campaign earlier this year, Sanders was one of the most vocal candidates regarding cannabis reform, and he’s repeatedly called for nationwide legalization. And as widespread unrest spurred by institutional racism continues to grow, legalization advocates have also used the moment to push for drug and criminal justice reform.

“State after state have moved to legalize marijuana, and it is time for the federal government to do the same,” Sanders said. “When we talk about police department reform, we must end police officers continuing to arrest, search, or jail the people of our country, predominantly people of color, for using marijuana.”

Despite Sanders’ clear call to action in the Senate, presumed democratic presidential nominee Joe Biden has repeatedly rejected calls for federal cannabis legalization in favor of a much more conservative decriminalization plan. On the other side of the aisle, President Trump has largely ignored cannabis altogether for the past four years, and has shown little interest in legalizing weed at the federal level.