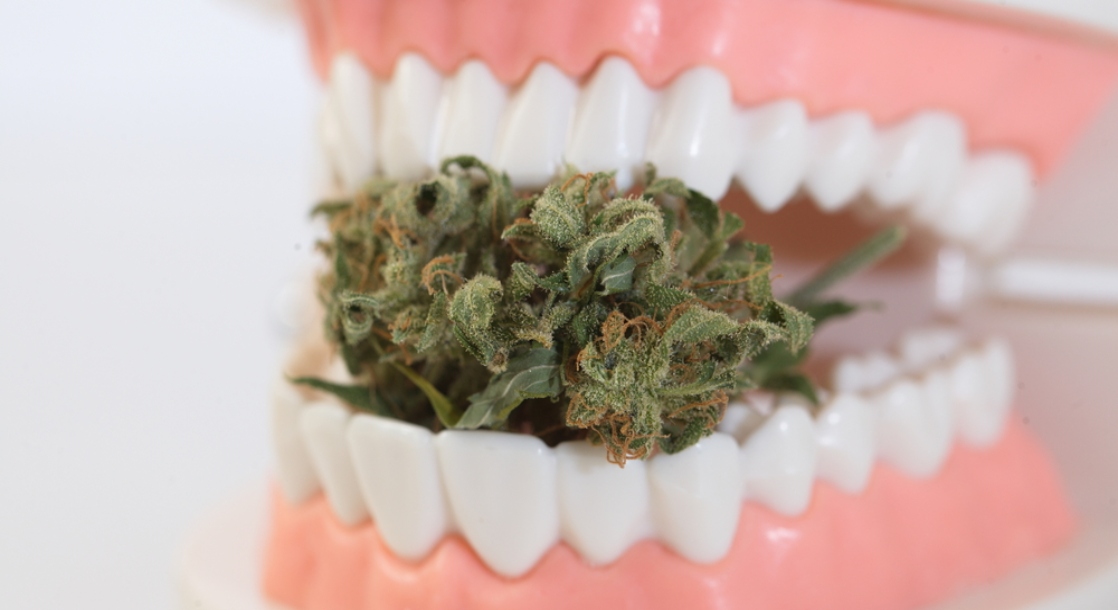 Weed is often associated with “dry mouth,” but is it actually the secret to a healthy mouth? A recent study indicates that cannabis-derived mouthwashes work better than standard brands in treating plaque, gingivitis, and other ailments, ultimately suggesting that such products could be at the forefront of the “next generation of oral care products.”

Published in the Journal of Cannabis Research, the study directly compared mouthwashes that contain CBD and cannabigerol (CBG) against those with chlorhexidine, the active ingredient in traditional prescription mouthwash products. But, while the chlorhexidine is considered the industry-standard for Rx microbial rinses, some evidence suggests it can pose health threats by disrupting beneficial bacteria.

That’s why researchers took on this study: to determine if cannabinoids offer a better treatment for those with periodontal diseases. The Belgian research team studied and treated plaque samples from 72 adults with five different types of mouthwash, including some created by CannIBite, a company specializing in cannabinoid oral health products.

After gestation periods of 24 and 36 hours, the researchers analyzed the samples to determine how each mouthwash impacted bacterial growth. They reportedly found that CBD and CBG mouthwashes produced health results equal to prescription mouthwashes and better than store-bought brands. Also, the cannabis-derived products did not discolor users’ teeth, which is a common side effect of chlorhexidine.

“Mouthwash products with cannabinoids infusion offer a safer and effective alternative without any fluorides or alcohol,” the study concluded, “…with an efficiency equivalent to or better than that of the gold standard (0.2% chlorhexidine).”

Photos of agar plates included with the study reportedly supply power visual evidence of the findings. Samples treated with cannabis products are said to appear clean and devoid of bacteria. In contrast, those treated with over-the-counter mouthwash apparently look spotted and coated with gloppy film.

The Belgium-based CannIBite is just one global entity fast-tracking CBD-boosted oral health products toward the marketplace. Others include San Diego’s Axim Biotechnologies and Impression Healthcare, from Australia. All this activity indicates that cannabinoid mouthwashes could mean a whole new world for businesses and consumers alike. Open wide!