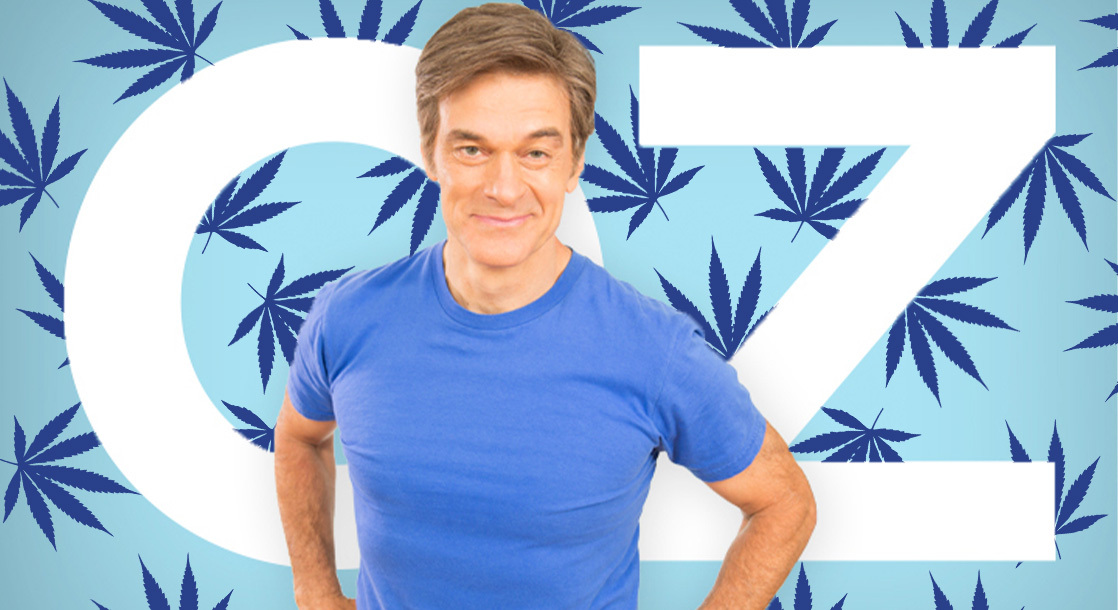 The US government has remained steadfast in its prohibition of cannabis, despite the fact most states have legalized at least some form of marijuana use. But, according to celebrity doctor and TV host Mehmet Oz, better known as Dr. Oz, this refusal to accept the therapeutic potential of cannabis may stem from a lack of consensus between federal agencies, rather than a united stance against weed.

In a recent Instagram interview with Fatman Scoop, Dr. Oz claimed that officials from the US Food and Drug Administration (FDA) and the Drug Enforcement Agency (DEA) separately told him that both agencies are totally down for cannabis reform. However, each of these agencies has blamed the other for blocking their own efforts to put an end to prohibition.

These comments came to light when Scoop asked Dr. Oz his professional opinion on cannabis. The doctor said that he became convinced of the medical value of pot after fellow TV host Montel Williams told him how he successfully used medical marijuana to treat symptoms of multiple sclerosis. Since then, Dr. Oz has become a proponent of medicinal pot, calling it “one of the most underused tools in America,” according to Marijuana Moment.

“We ought to completely change our policy on marijuana,” the doctor told Scoop. “It absolutely works. Now I’ve seen this helping people with sleep issues, with pain issues for sure, and a lot of people who have serious medical problems getting relief—and here’s the thing, you can’t die from it. I’m unaware of any case when anyone has overdosed.”

“It’s a lot safer than alcohol. It’s safer than narcotics. It ought to be used more widely and we can’t even study it that easily because of the way it’s regulated,” Dr. Oz continued. “You know what, I called the DEA—they said, ‘we don’t want this to be illegal. Your government ought to change that. But we got to enforce the law.’ I call the FDA that regulates the drugs, they say, ‘we think it ought to be used, but until the DEA says it’s allowed, we can’t let people prescribe it everywhere.”

The doctor also made it clear that he was only advocating for medical cannabis, and not adult-use. “I have never smoked pot in my life, never gotten high, and I only bring that up because I’m not someone who’s saying this because I personally would use it,” he told Scoop. “I just as a doctor think it makes sense.”

These conversations were held in private, and Dr. Oz did not reveal the names of the officials he spoke with. The full details of the story are likely to remain private, but both FDA and DEA officials have publicly cited each other as the reason that they can’t move ahead with cannabis reform.

So far, it has been unclear whether the two agencies have just been using each other as an excuse to continue America’s longstanding cannabis prohibition or not. But, if what Dr. Oz says is true, it is possible that both agencies might finally be able to reach an agreement that could see the prohibition against medical cannabis finally come to an end.