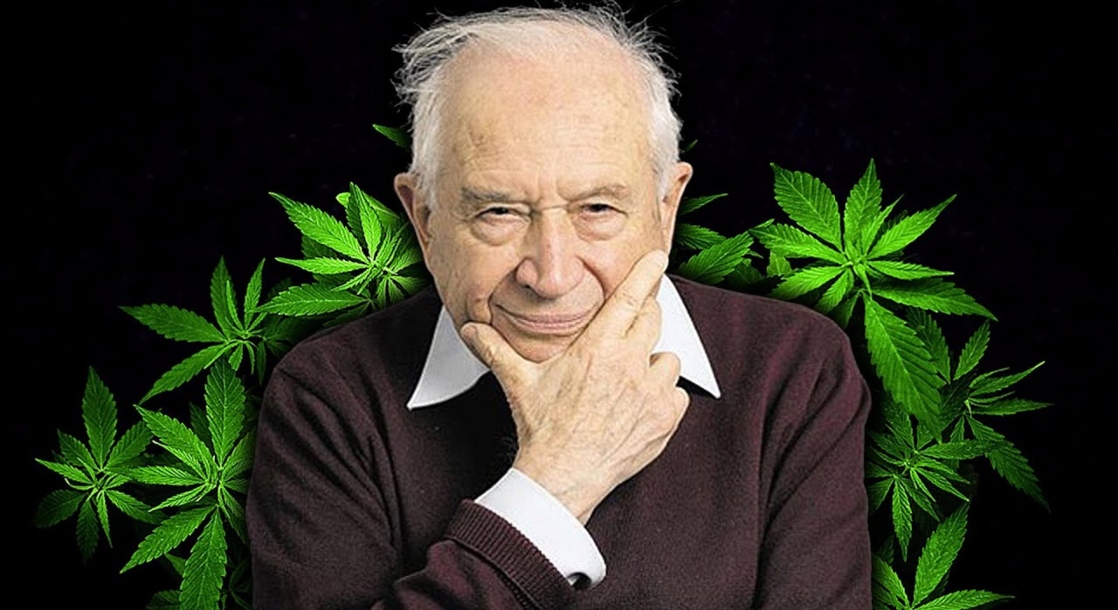 Last fall, Dr. Raphael Mechoulam, the Israeli innovator known as the “godfather of cannabis research,” announced the creation of cannabidiolic acid methyl ester (EPM301), a synthetic cannabinoid that is far more potent than THC or CBD. Now, after several months of testing, researchers have found that this new compound could be a powerful treatment for nausea, anxiety, and inflammatory disorders.

EPM301, which was developed and patented by Dr. Mechoulam and a team of researchers from US-based biotech firm EPM, is a synthetic version of a natural acid that occurs within the cannabis plant. In addition to cannabis compounds like THC, CBD, and terpenes, living cannabis plants contain a variety of acids, such as THC-A or CBD-A. These acids are far more potent than their more well-known counterparts, but they are also highly unstable.

For years, this instability has prevented researchers from successfully isolating these acids from living plants and using them for medicinal purposes. But last September, Dr. Mechoulam and EPM announced that they had figured out a way to modify these acids to make them stable. To accomplish this feat, researchers used a process called esterification, in which two separate chemicals combine to form a stable compound called an ester.

“EPM developed a method to work with the original substances of cannabis,” explained Dr. Mechoulam to Forbes. “So, while everybody is discussing THC and CBD, these cannabinoids are actually a secondary substance; they only appear later in the plant. Originally there is an acid that appears in the plant, and those acids are these mysterious worlds of compounds that are much more potent than cannabinoids.”

Over the past several months, EPM has started exploring the therapeutic potential of this new compound. Preliminary studies have found that EPM301 can effectively suppress anxiety as well as nausea, without causing any negative side effects. These findings suggest that the new compound could be used to treat chemotherapy-induced nausea or disorders like psoriasis or inflammatory bowel disease (IBD).

“We badly need new drugs in several diseases and some of the drugs that are available, may be pretty good but they ultimately cause side effects,” Dr. Mechoulam told Forbes. “We have two groups of compounds today that need to have a replacement: these are steroids and opioids. We believe that cannabis carries the ability to introduce replacements to these families.”

“We compare our compound not only to cannabinoids, but to the existing drugs that are applied today,” the doctor continued. “So, for example, in IBD we compared our compounds to two conventional products: one is the prednisone (the steroids) and one is a biological drug. And in both of them, we managed to prove that the activity of our compound is very similar to the common one.”

This new discovery is only the latest spark of inspiration in Dr. Mechoulam’s long career of cannabis research. In the early 1960s, the doctor was the first to discover cannabinoids like THC and CBD. Since then, Dr. Mechoulam has made dozens of other discoveries in the field, and even now, at the age of 88, the doctor continues in his quest to find new applications for this powerful, medicinal plant.