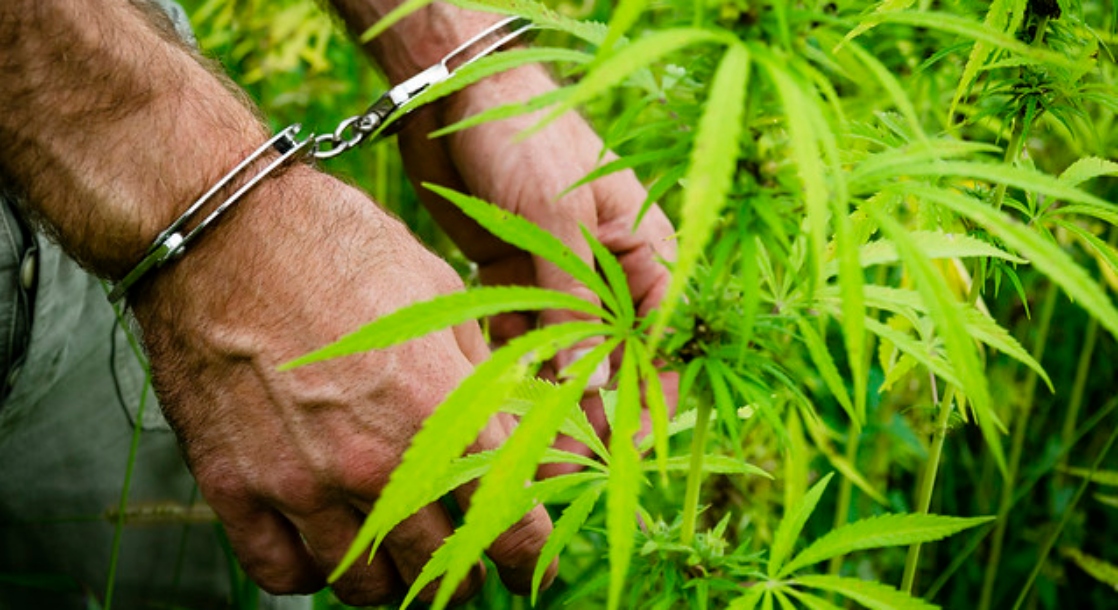 California cops made fewer cannabis-related felony arrests last year than at any time since the 1950s, according to new statistics released by the California Department of Justice. But, despite this good news, the data also reveals that racial disparities in marijuana enforcement continue to this day.

Felony pot busts declined significantly in 1975, when a NORML-sponsored bill de-felonized minor cannabis offenses. By 1976, felony weed arrests dropped to 19,824. The numbers kept declining into the 21st century, sinking to around 13,000 arrests in 2014. And once voters approved adult-use legalization in 2016, the numbers finally began to shrink back to 1950s levels.

Unfortunately, even though the total number of arrests has declined, the inherent racial bias in cannabis enforcement has not. Out of all felony pot arrests, Hispanics accounted for 41.7 percent (493 people), and Blacks accounted for 22.3 percent (263 people). Only 21.3 percent (252 people) of those arrested were white. The statistics also show that 87.9 percent of those arrested were male, and around 9 percent were juveniles.

Misdemeanor pot arrests also declined in 2019, but only slightly. There were 3,769 arrests last year, down from 3,835 in 2018. Again, Hispanics were far more likely to be busted for these crimes, accounting for nearly 50 percent of all arrests. But unlike felonies, Black people were actually less likely to be arrested for weed misdemeanors than whites, accounting for 13.5 percent of arrests, versus 22.2 percent for whites. Males were, again, more likely to be arrested for misdemeanors (78.1 percent), and another 32 percent of those arrested were juveniles.

Since adult-use cannabis is legal in California, most of these arrests are related to illicit weed production and sales. State regulators believe that around 80 percent of all weed bought in California has been grown and sold outside of the legal, regulated market. The state has turned to law enforcement to solve its black market problems, and lawmakers are constantly pushing to expand these enforcement options by hiring more cops and adding more fines.

These solutions have proven ineffective so far, though, and are unlikely to address the underlying racial disparities inherent in cannabis law enforcement.