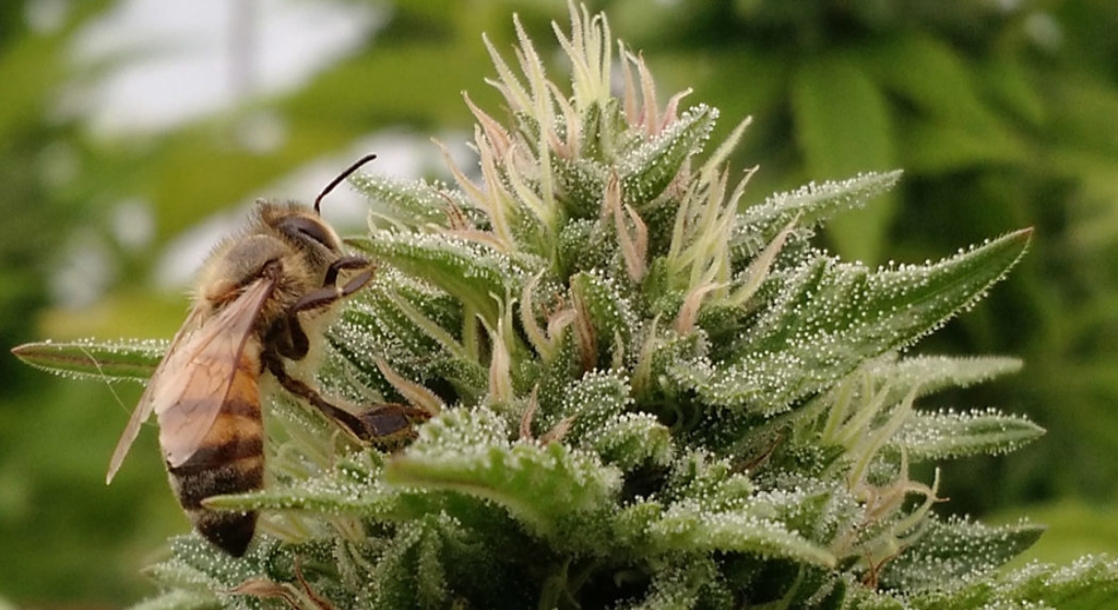 Honeybee populations are on the decline all across the globe, largely due to contamination from pesticides used on standard agricultural crops. The ramifications of this ecological threat extend far beyond bees and honey. Honeybees are responsible for pollinating over $15 billion worth of fruits, vegetables, and nuts per year in the US alone, and without them, the world could face a serious food shortage.

A team of researchers from Maria Curie-Skłodowska University in Lublin, Poland are working to find a way to help bees survive. Under the leadership of Professor Aneta Ptaszyńska, the team has discovered several unique methods to extend bees’ longevity, including probiotics, adaptogenic plant extracts, and cannabis extracts.

“Bees are dying because they are malnourished and weakened by the use of pesticides and then they start to suffer from various diseases,” said Professor Ptaszyńska to The First News. “One of them is nosemosis. It attacks the digestive system, causes weakness and cachexia (muscle loss). Bees cannot digest and absorb nutrients and then they simply die.”

Recent research has linked the increasingly fast decline in bee populations to neonicotinoids, pesticides derived from nicotine. These pesticides work well at protecting crops from pests, but also poison helpful insects, including honey bees. Despite these dangers, most government agencies still allow these pesticides to be used. In the US, the Trump administration has recently allowed farmers to expand their usage of several pesticides that are known to be toxic to bees.

Professor Ptaszyńska and her team studied 5,000 bees living in cages to determine whether hemp-derived cannabis extracts could help protect bees from the damaging effects of pesticides. “There are reports that hemp extract protects human nerve cells, we decided to check whether it would be the same in the case of a bee,” the professor explained to The First News.

The researchers discovered that specific cannabis extracts protected the bees from some of the negative effects of neonicotinoids. “For now, we know that the extract extends the life of bees that have been exposed to pesticides,” said Ptaszyńska. “The tested insects lived comparatively as long as those that had never had contact with harmful substances.”

The researchers are now planning additional studies to see if cannabis can also help save bees that are living in apiaries in other parts of Europe. If successful, the team hopes to patent their specific cannabis formula and make it available to beekeepers around the world.

Other researchers have also investigated the connection between bees and cannabis plants. Last year, a study found that bees are highly attracted to hemp, and suggested that hemp plantations could help bee populations thrive. One of Canada’s top beekeepers cast some shade on this proposal, though, arguing that hemp pollen alone does not provide enough nutrition for bees to survive on. And one French beekeeper even trained his bees to make honey from cannabis resin.