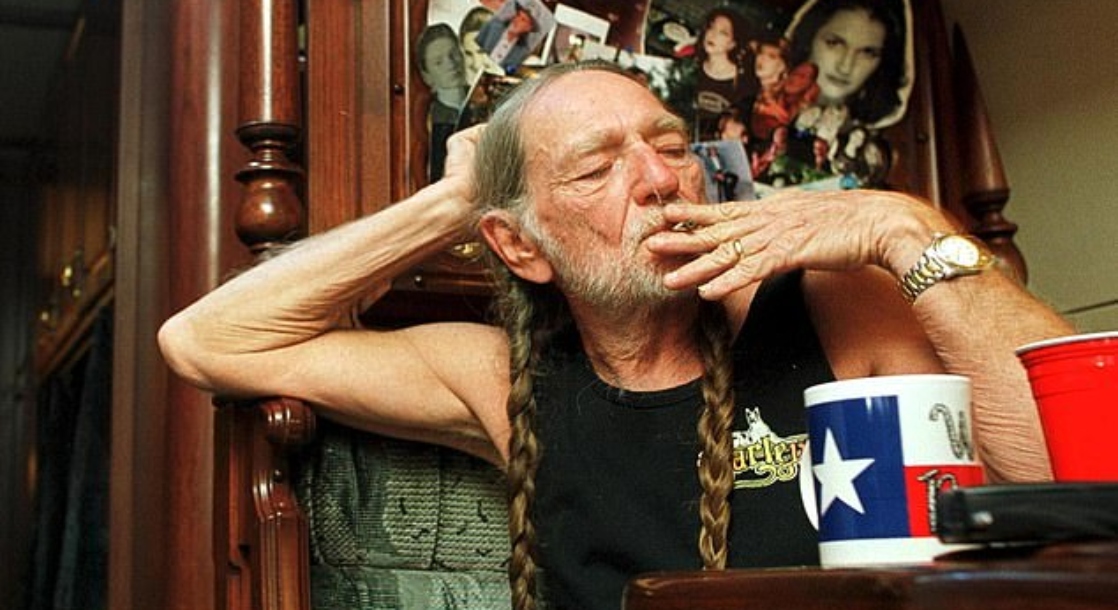 Rock superstar Robert Plant recently talked about how touring with Willie Nelson was one of the high points of his entire music career—in more ways than one.

On his own podcast, Digging Deep, Led Zeppelin frontman recalled how honored he was to participate in Willie’s Outlaw Music Festival Tour last year and what a thrill it was to meet Willie himself. He also said his “most cherished memory” of the tour itself was watching Willie spread the uplifting power of pot nonstop by sharing his stash with all comers.

“[Willie] was traveling through his tour with his big bus giving away weed to everybody,” Plant said. “He just gives it away. It’s a truckload from here to the mirrorball and beyond. Free. With doors to go in, get your little hit, and go out the other side.”

Willie, who turned 87 this year, has long reigned as icon of both music and marijuana. His generosity is also legendary, especially when it comes to getting lit.

On the official Willie’s Reserve—the singer’s weed company—website it says: “For decades, as Willie and his band travelled from town to town, pot enthusiasts flocked to his shows, their pockets stuffed with offerings from their home gardens and local communities. They happily shared their bounty. And Willie gladly returned the favor.”

Willie’s famous hazy benevolence extends from the fans he adores to celebrities like his premiere pot pal Woody Harrelson and other noteworthy figures, some of whom are pretty surprising.

Earlier this month, for example, President Jimmy Carter revealed that his own son, Chip Carter, puffed joints on the roof of the White House in 1977. And last year, revered NBA coach Don Nelson told HBO’s Real Sports that his retired life in Hawaii is spent growing weed and partaking of the potent harvest with his dear friend, Willie Nelson.

And then there’s Snoop Dogg, who once told Cypress Hill’s B-Real, “That [Willie] is the only person that’s ever smoked me under the table.”

Elaborating on a night when the two chronic kings went drag-for-drag, Snoop said, “I’m like, ‘This old motherfucker’s gonna try to out-do me.’ And he really did. It got to the point where I was like, ‘You know what? Ay Willie, let’s take a break and play some dominoes, because I think we need to do something else right now.’” Snoop added that Willie then beat him at dominoes, too.

Now, please, Willie— just run for president and save us all!