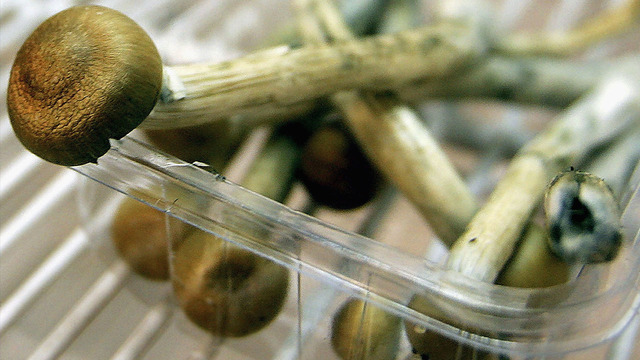 Ann Arbor, Michigan just joined Denver, Oakland, and Santa Cruz in becoming the first US cities to decriminalize the possession and use of natural psychedelics.

This Monday, the Ann Arbor City Council unanimously voted to approve an ordinance that decriminalizes natural psychedelics, including ayahuasca, psilocybin, ibogaine, and mescaline-containing cacti. Like most of the decriminalization ordinances that have passed in other cities, the new ordinance does not legalize these compounds. Rather, it defunds police action targeted at those cultivating, foraging, or giving away these substances.

The resolution declares “that it shall be the policy of the City of Ann Arbor that the investigation and arrest of persons for planting, cultivating, purchasing, transporting, distributing, engaging in practices with, or possessing Entheogenic Plants or plant compounds which are on the Federal Schedule 1 list shall be the lowest law enforcement priority for the City of Ann Arbor.”

The original draft of the resolution also would have prohibited the city from spending any of its funds for the “investigation, detention, arrest, or prosecution arising out of alleged violations of state and federal law regarding the use of Entheogenic Plants,” but this language was removed from the final version of the ordinance. It will also remain strictly illegal to sell these psychedelics or to use them while driving.

The measure was created by Decriminalize Nature Ann Arbor, the local branch of a nationwide movement working to decriminalize the use of natural psychedelics. City Council Members Anne Bannister (D) and Jeff Hayner (D) proposed the resolution to the city council, citing several research studies showing the powerful therapeutic potential of these natural compounds.

“I think that the intent of this is to decriminalize the use of this as best we’re able as a Council to allow for personal use, research, to give the folks who are doing cutting-edge research in mental health issues more tools to remove the stigma around the use of these plants and possession of these plants,” said Hayner at the City Council meeting, Marijuana Moment reports.

City police chief Michael Cox also testified that police already considered busting people for shrooms to be one of their lowest priorities, and hence had no reservations about the resolution.

“Decriminalization of naturally occurring medicines is necessary for progress,” said Hayner in a press release. “We can no longer turn a blind eye towards the wisdom of indigenous peoples, and the bounty the earth provides. I have been moved by the testimonies of those who have found profound relief from the use of entheogenic plants.”

“I see people everyday at the end of their rope trying to get help,” said Julie Barron, a therapist and chair of Decriminalize Nature Ann Arbor, to Marijuana Moment. “There’s so much scientific evidence and current clinical trials with entheogenic plants/fungi, but they’re not currently available to the people of Ann Arbor.”

Washington DC will also vote to decriminalize natural psychedelics on this year’s election ballot, and Oregon will vote on legalizing psilocybin-assisted therapy on the state level. Lawmakers in Vermont and New York have also proposed statewide psychedelic decriminalization bills. 2020 may end up being the most psychedelic year on record.