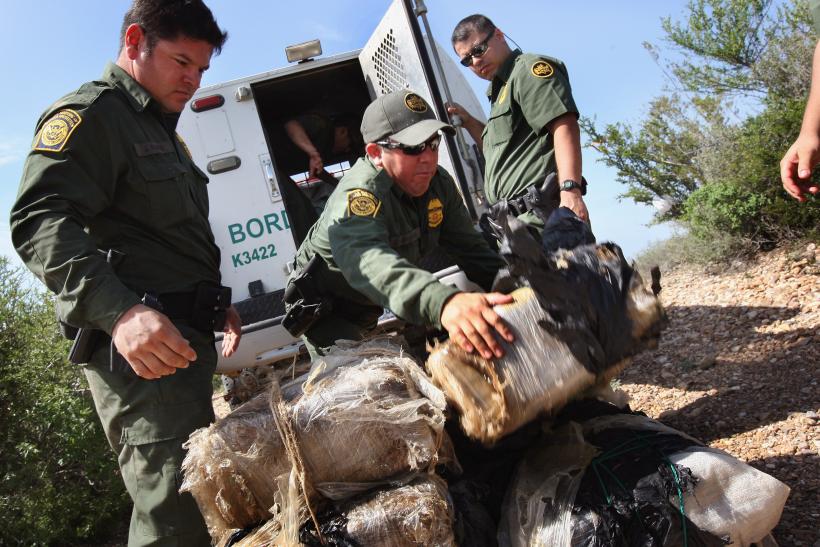 Interested to know how our country is perpetuating the interminable War on Drugs? Well, the DEA just released its 2020 National Drug Threat Assessment, and the report is full of stats on the United States’ most popular illegal addictions, new trends in intoxicants, and foreign trade — a.k.a. transnational criminal organizations in Mexico, the Dominican Republic, China, and other countries.

The report states that Mexico is still the biggest importer of the United States’ numero uno drug of choice (which is weed, duh), plus methamphetamine, and heroin. The US sourced 92 percent of its heroin from Mexico in 2019, according to product analyzed by a DEA tracing program. The Sinaloa and Jalisco New Generation Cartels continue to be identified as Mexico’s biggest drug trafficking organizations.

But, in terms of cannabis, the report says that Mexican weed in the States has “largely been supplanted by domestic-produced marijuana.”

As proof, the DEA explains that agency-driven marijuana seizures along the US-Mexican border have decreased by over 80 percent since 2013. 2009 was the high water mark for seizures along the Southwest Border. The agency nabbed close to 1.3 million kilograms that year.

NORML political director Justin Strekal commented on the report in a statement saying, “States’ decisions to legally regulate cannabis has, as expected, led to a precipitous drop in demand for imported cannabis and has significantly disrupted the illicit cannabis trade in Mexico. These are important developments to emphasize as additional states continue to discuss replacing cannabis criminalization policies with those that seek to legalize and regulate the marijuana marketplace.”

The DEA report suggests that Mexican marijuana “may increase in quality” to catch up to US supply.

The US and Mexican cannabis economies have been intertwined, if not indistinguishable, for decades. Now that Mexico is on track to federally legalize recreational cannabis (it has already regulated the medicinal use of the drug), drug justice advocates have raised the alarm that US and Canadian cannabis corporations are exercising undue influence on the shape of the legalization to come.

In the National Drug Threat Assessment report — which is fascinating for more reasons than just the corny graphic design work, you can see for yourself here — the federal agency also states that it’s far from done persecuting unlicensed US marijuana farmers. In 2019, it seized over four million plants and 363,098 pounds of processed marijuana within the nation’s borders.

Nevertheless, it bemoans the fact that due to the 2018 US Farm Bill, which federally legalized hemp production, “traffickers use their state-issued hemp documentation as cover for large-scale marijuana grows and marijuana loads transported across state lines. Additionally, large hemp grows are sometimes used to hide marijuana plants interspersed throughout the hemp plants.”

“Domestic use of marijuana remains high and is likely to increase as state legalization continues and perception of risk by potential users continues to decrease,” the report warns.