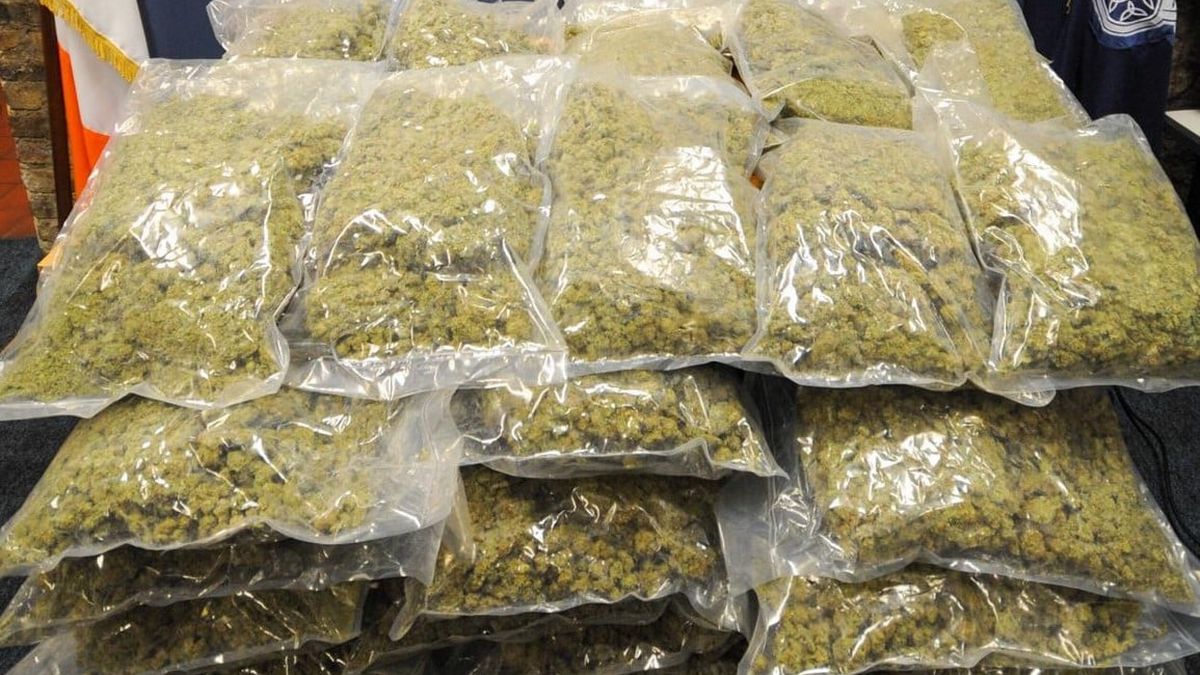 While people across the world sport shamrocks and otherwise celebrate their Irish heritage today, it should be known that the prohibition of cannabis is alive and kicking in the island nation. Data from Ireland’s Central Statistics Office shows that seizures of marijuana have soared during the pandemic.

In the first 11 months of 2020, the Garda (Irish for “Police”) Drugs and Organized Crime Bureau reportedly confiscated €36 million (approximately $42.8 million USD) worth of cannabis. That’s a 69 percent increase over the amount seized during the entire year of 2019, during which officers of the law nabbed €21.3 million (approximately $25.3 million USD) worth of marijuana.

The institution of police checkpoints, and pub and club shutdowns have led to a disruption of some cannabis sales. Overall, however, the drug trade has remained robust.

According to police data, dealers have turned to different methodologies to unload their stock, like relying more on the postal service to move product.

Record seizures of cash by the Garda were reported as well, which law enforcement attributes to the difficulty of laundering money through businesses, like nightclubs and certain food businesses, during the pandemic.

On December 18, 2020 alone, €117,000 worth of drugs including cannabis flower and gummies, psychedelic mushrooms, and liquid amphetamines were seized at Dublin Mail Centre.

An unidentified detective told Irish publication The Journal that cannabis providers have also begun utilizing more rental cars to transport their supply, in order to dodge police interference with vehicles they know belong to people in the unlicensed drug market.

News of heightened police seizures comes at a time when Irish cannabis advocates are attempting to push back against conservative postures towards the drug.

The People Before Profit political party has announced its plans to introduce recreational cannabis legislation in 2021, though political opponents claim the country is “not ready” for such a step.

Medical cannabis regulation was approved in 2019, but implementation has been slow. Under pressure from advocates like People Before Profit legislator Gino Kelly, the government announced in January that cannabis treatment will finally be made available for individuals with multiple sclerosis muscle spasms, chemotherapy-induced nausea and vomiting, or severe epilepsy.

In October, news emerged that the country’s minister of health Simon Harris — who has been outspoken on his support for Irish cannabis legalization for years — had attempted to broker a plan with a semi-public company that oversees Ireland’s famous bogs to grow cannabis on the island’s storied peatlands.

Meanwhile, even purveyors of cannabis products that are technically legal under some European Union agreements have been persecuted by the Garda. Owners of small stores selling CBD products have vehemently protested raids by police officers on their businesses, while larger chain stores like those of Holland & Barrett, one of the UK and Ireland’s largest health and wellbeing companies, have been allowed to sell CBD items without interference.