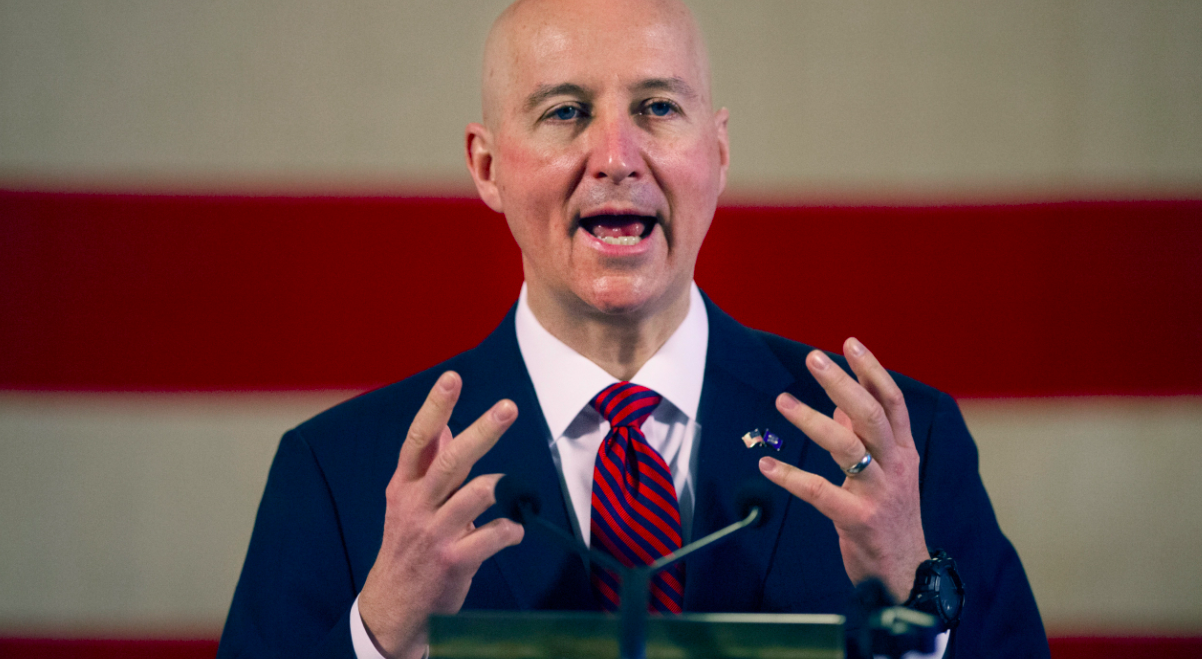 You may know him by his outlandish statements such as “marijuana causes psychosis” and “there is no such thing as medical marijuana,” but Nebraska Governor Pete Ricketts has taken his advocacy for prohibition to a new level. And this time, it’s to protect the children.

“This is a dangerous drug that will impact our kids,” Ricketts told the press last week. “If you legalize marijuana, you’re gonna kill your kids. That’s what the data shows from around the country.”

He cites studies that show an elevated incidence of cannabis in the system of kids who committed suicide as proof.

Perhaps now would be a good time for a brief review of how science works. Statistical association does not prove causation. In other words, the fact that kids who took their lives had cannabis in their systems may actually indicate that they were attempting to medicate (consciously or not) with the drug to feel better, rather than the plant motivating their decision to die.

In fact, the Mayo Clinic suggests that though we don’t fully understand the link between cannabis and depression, depressed people, “may use marijuana as a way to detach from their depressive symptoms.”

At any rate, Ricketts made these remarks while Nebraska legislators determine whether they’re going to pass a bill that would legalize certain forms of medical marijuana, which would regulate the use of topical products, ointments, oils, pills, or tinctures. Patients would need to be under the supervision of a medical professional to access the treatment.

After a similar bill was defeated in the Nebraska legislature last year, advocate group Nebraskans for Medical Marijuana mounted a campaign to let the state’s voters decide whether they could have access to medical cannabis. A ballot initiative gathered 196,000 signatures before a state Supreme Court judge struck it down, saying its scope was too large for a single ballot measure.

That decision was not necessarily a win for democracy. At the time, a full 77 percent of Nebraskans were shown to support doctors prescribing cannabis for serious illnesses or conditions.

In addition to the governor’s somewhat histrionic opposition to all forms of legal cannabis, another influential Nebraskan, former University of Nebraska football coach Tom Osbourne, has gone on the record saying that medical legalization would lead to widespread social and mental health problems.

However, at the bill’s judiciary committee hearing last week, another famous Huskers hero, former All-American Grant Wistrom, said his life “dramatically improved” after using it to treat his aches and pains and regularize his sleep schedule. That’s kind of a big deal, given that the NFL only started liberalizing its zero tolerance THC testing policy last year. Prior to that decision, league officials had no problem in halting the careers of players who tested positive for cannabis.

“This bill is not going to fail because of a lack of compromise,” commented Senator Anna Wishart, who sponsored the initiative. “If this bill fails to pass, it is because of political pressure from a few who wield their power to stamp out the will of the people.”