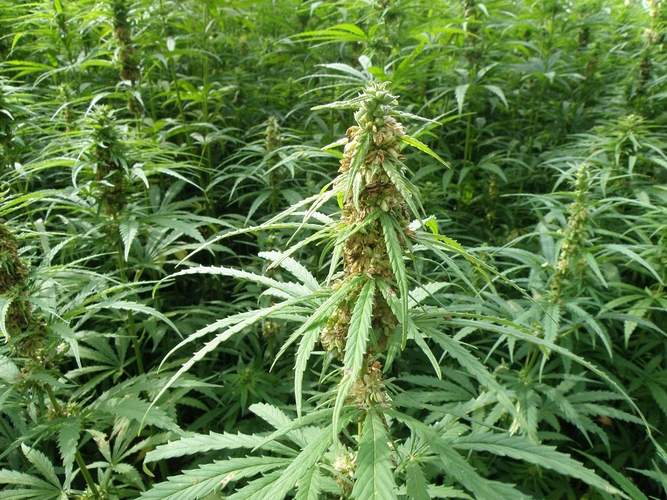 Less than a week after federal hemp regulations took effect, a Republican Senator is working on a new bill to revise these rules. But instead of imposing additional restrictions on this new industry, this proposal seeks to make life easier for hemp farmers.

The US government legalized hemp under the 2018 Farm Bill, but although this law ended the senseless prohibition of this non-intoxicating plant, the feds’ desperate fear of THC is making life difficult for hemp farmers. Under current law, hemp plants are limited to a maximum THC content of 0.3 percent, and any crops that exceed this threshold must be destroyed.

The THC content in natural hemp flower can vary due to environmental factors, so even a slight change in the weather could mean that an entire crop must be destroyed. To make matters worse, cultivators are required to have their flowers’ THC content tested 30 days prior to harvest. Many farmers have complained that they do not have enough time to collect these samples, test them, and then harvest their crop.

Senator Rand Paul (R-KY) just filed the Hemp Economic Mobilization Plan (HEMP) Act in an attempt to relax some of these onerous restrictions. This bill would raise the THC limit for hemp plants to one percent, more than triple the current limit. If passed, this provision would keep farmers from having to burn perfectly healthy hemp plants just because they inch slightly over the official THC limit.

“For years, I’ve led the fight in Washington to restore one of Kentucky’s most historically vital crops by legalizing industrial hemp,” Paul said in a press release, according to Marijuana Moment. “We achieved a hard-won victory, but there is still work to do to prevent the federal government from weighing down our farmers with unnecessary bureaucratic micromanaging.”

The bill would also make farmers’ lives easier by testing final hemp products for THC, instead of testing the actual flower itself. This would make life much easier for farmers, and would also allow hemp producers to combine higher- and lower-THC crops to create products that fall within the federal THC limit.

“The THC content of hemp plants is significantly impacted by environmental factors, which farmers cannot control,” Paul’s summary of the bill explains. “Alternatively, hemp processors have greater control over the THC content in their products. Providing a statutory fix to this problem, by testing the final hemp-derived product rather than the hemp flower or plant itself, would ease the burden on farmers.”

The HEMP Act would also help protect companies that transport hemp across state lines from being harassed by police. In the two years since hemp has been legal, cops from Kansas to Texas to New York have seized shipments of perfectly legal hemp and arrested drivers for transporting what they thought was illegal marijuana. Under Rand’s new bill, all hemp shipments would include official documents proving that the crops in question are all completely compliant with federal law.

“Senator Rand Paul’s legislation is very timely with the state departments of agriculture’s passing policy that would re-define hemp at one percent,” said Patrick Atagi, chairman of the National Industrial Hemp Council, Marijuana Moment reports. “We believe the HEMP Act is important for consumers and the consumer’s right to know and are proud to support Senator Paul’s efforts. If passed, the HEMP Act will help with the overall economy and providing jobs to Americans.”