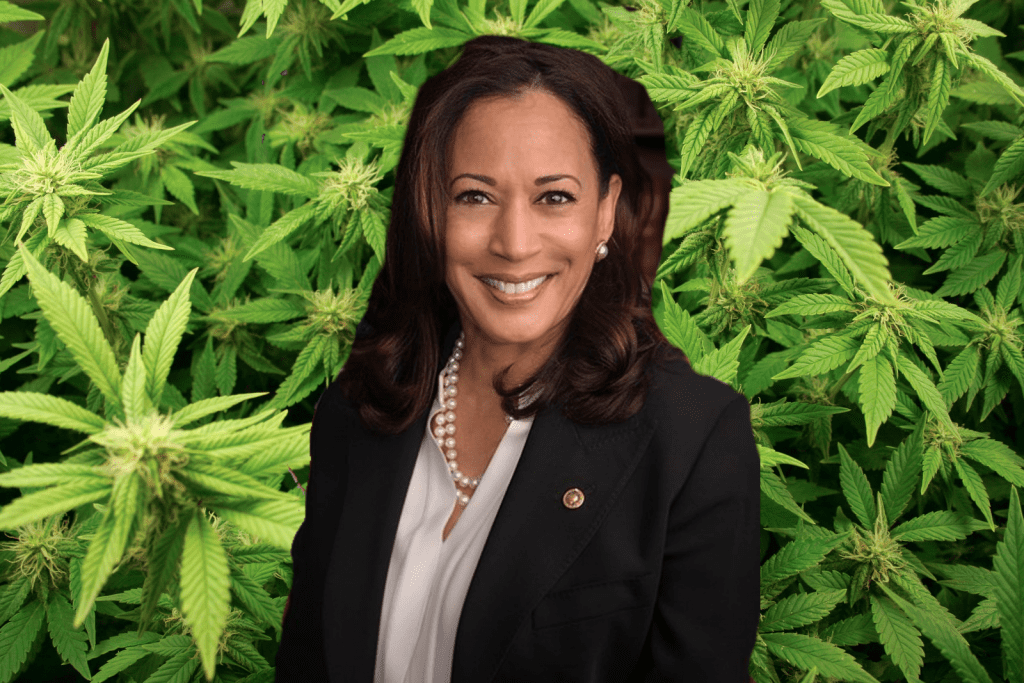 Everyone is over the pandemic, and more than 75 percent of Americans want federal weed legalization now. But it doesn’t look like it’s going to happen as quickly as some politicians — cough, Chuck Schumer, cough — have alluded to. Why? Because Covid is still raging.

In fact, Vice President Kamala Harris just said that the Biden Administration is knee-deep in managing the coronavirus mess it inherited from the Trump Administration right now, and thus, isn’t focused on pushing cannabis reform policy through.

The vice president was recently asked about cannabis policy in an interview with the San Francisco Chronicle and said “we haven’t yet taken that on” despite campaign promises to push for reforms, such as decriminalization and expunging criminal records for pot offenses.

“Honestly, right now, we’ve been focused on getting people food, helping them stay in their apartments or in their homes, getting kids back to school, getting shots into arms,” she said. “That has been all-consuming.”

Sure, we know it’s been consuming. But let us not forget that the President has taken on other issues, such as ones pertaining to immigration, infrastructure, and the environment — all of which are campaign pledges that have been put into motion since Biden took office, Marijuana Moment‘s Kyle Jaeger points out. Cannabis, meanwhile, has been sidelined.

In fact, this is the first time that Harris or Biden has made a statement regarding cannabis since the November election.

Activists argue that ending federal cannabis prohibition could be exactly what states need in order to avoid sliding into further economic ruin. So why put it on the back burner? Legalizing cannabis not only would provide an opportunity for states to set up new tax-and-regulate systems, but it would also create millions of jobs and revenue streams for cities and counties — and their people.

Last year, House Speaker Nancy Pelosi defended House Democrats’ decision to include language in a COVID package to protect banks that service the cannabis industry from being penalized by federal regulators. She said cannabis “is a therapy that has proven successful.”

Cash exchange puts cannabis workers at risk for spreading and contracting COVID. It also makes the industry extremely high-risk — significantly more than it needs to be — as schlepping and storing massive amounts of paper makes people vulnerable to robberies and violence.

Maintaining the status quo on weed prohibition actually creates more opportunities for the virus to spread. Cops arresting people for weed is basically a contact sport. And, even if a po-po just writes someone a ticket, there is still an exchange of paper and verbal communication between a cop and citizen. That’s how the virus moves, in case you didn’t know.

Legalization would end these needless interactions and keep people safe(r).

In conjunction with Harris’ statement, the fact the Biden Administration has put weed reform on the back burner strongly suggests that it’s not seen as a priority.

Oh, and let’s also not forget that the administration just fired a bunch of White House staffers for admitting they’d used weed in the past as a part of a background check. That doesn’t exactly bode well for fast-acting sweeping reform.

Further, do we even know how Harris feels about cannabis anymore? She was once vehemently against it, particularly when she was putting people in jail for pot during her time as District Attorney. Then, when the MORE Act dropped and all throughout election season, she was conveniently for cannabis reform. And now it looks like she might have adopted the president’s prohibitionist view on legalization again. Interesting how that happens.

All the while, Good ol’ Chuck Schumer is out here saying a bill to end federal marijuana prohibition will be released “soon,” whatever the fuck that means. He also doesn’t know the difference between decrim and legalization, which is embarrassing. House Judiciary Chairman Jerrold Nadler (D-NY) says he plans to reintroduce the MORE Act again. But will any of these bills make it to the President’s desk? And if they do, will he sign it? We’ve got an interesting road ahead, folks.