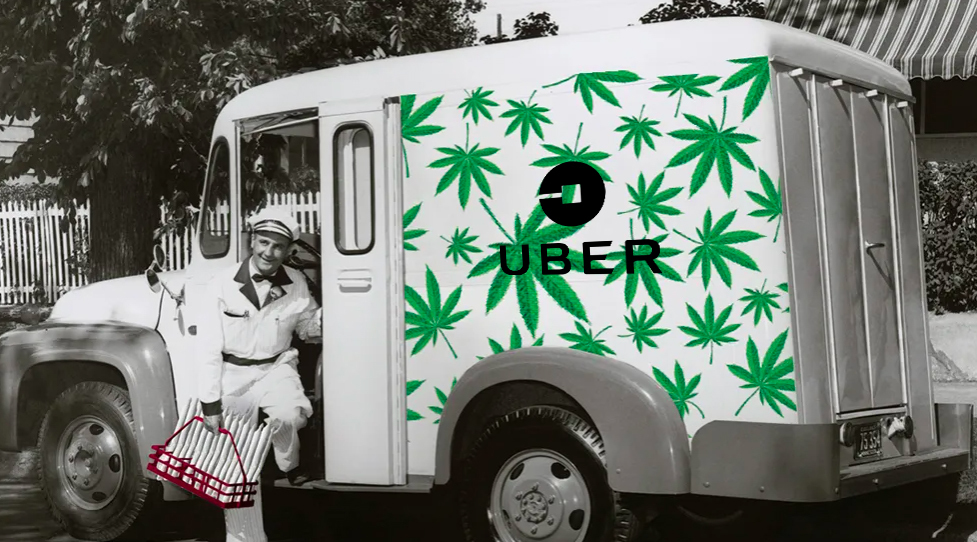 Uber is cautiously eyeing plans to start its own legal weed delivery service, but only if cannabis is legalized at a federal level.

In a recent “TechCheck” interview, CNBC asked Uber CEO Dara Khosrowshahi if the rideshare company had any plans to start its own weed delivery service, especially now that New York, New Mexico, and Virginia have all legalized cannabis. Khosrowshahi said that his company is currently focusing on grocery and alcohol deliveries, but added that weed delivery could definitely be in the cards.

“When the road is clear for cannabis when federal laws come into play, we’re absolutely going to take a look at it,” Khosrowshahi said. “But right now with grocery, with food, with alcohol, et cetera, we see so much opportunity out there and we’re going to focus on the opportunity at hand.”

The CEO added that his company is currently focused on “the types of deliveries that a high percentage of consumers are going to want delivered fast into their home and are quite frequent,” Marijuana Moment reports. And although “food, grocery, pharmacy and alcohol are part of that category,” legal weed would fit that bill as well.

But for now, cannabis is still federally illegal, and Uber will steer clear of weed until that changes. Current laws prohibit banks, payment processors, and other financial businesses from servicing companies that handle cannabis. If Uber were to start delivering weed now, these restrictions would force it to become an entirely cash-only business, and the company would even have to de-list from the US stock market.

Uber actually acquired a weed delivery service in a recent acquisition, but let the company go in order to avoid running afoul of federal restrictions. The rideshare company recently acquired the alcohol delivery service Drizly in order to expand its own booze delivery plans, and Drizly already had its own weed delivery offshoot, Lantern. Once the acquisition is finalized, Lantern will become its own private company, though, which will protect Uber from federal interference.

It’s hard to say when the feds will actually legalize weed, but the prospects are looking brighter every day. Last fall, the House passed the MORE Act, which would deschedule cannabis from the federal Controlled Substances Act, and this bill will be reintroduced this year. And in the Senate, Majority Leader Chuck Schumer is working with Senators Cory Booker and Ron Wyden on their own federal legalization bill.

The main sticking point here is President Biden, who has repeatedly stated that he is completely opposed to adult-use legalization. Under the president’s antiquated weed policies, the White House even fired and disciplined several White House staffers who had previously used cannabis in states where weed is legal.

There is a definite possibility that Biden could veto a Congressionally-approved legalization bill, but considering the fact that 75 percent of Americans support legalization, this would be a terrible decision for a president who is seeking a second term in office.