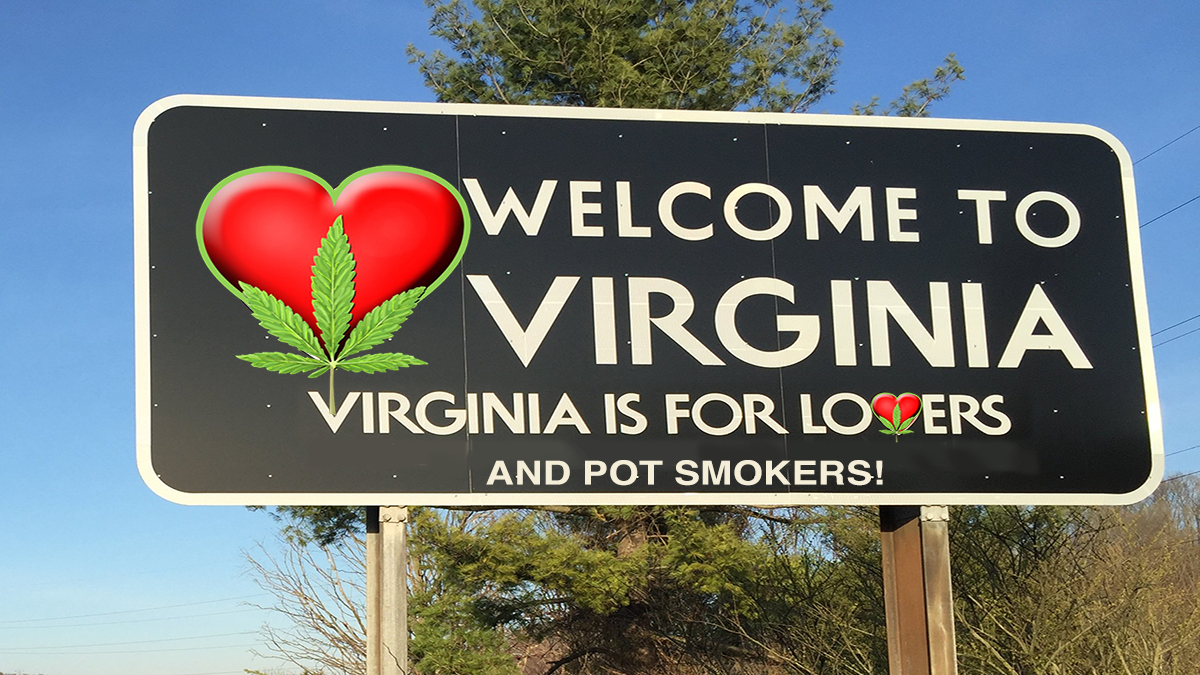 In the space of one single week, three US states have chosen to put an end to the war against weed. Last week, New York and New Mexico both signed off on adult-use cannabis legalization, and this week, Virginia became the first state in the South to legalize weed.

Virginia’s road to legalization began in February, when state lawmakers passed a bill to legalize the sale, possession and use of cannabis by adults. Everyone expected Governor Ralph Northam, a longtime advocate of legalization, to sign the bill into law immediately, but the proposal had one major flaw. The original version of the bill would not have legalized weed until January 1st, 2024, and until that date, cops would be free to continue locking up people for pot.

Unwilling to allow this senseless prohibition to continue unchecked for three more years, Governor Northam amended the bill to fast-forward the start date for personal use legalization to this summer. This Wednesday, the state House of Delegates passed the revised bill with a 53-44 vote, but support in the state Senate came to an impasse with a 20-20 vote. Fortunately, Lt. Governor Justin Fairfax stepped in to break the tie, and the bill became law.

As of July 1st, 2021, adult Virginians will now be allowed to use and possess up to one ounce of pot. Adults will also be able to grow their own weed, as long as it is labeled and kept out of sight of children and the general public. The new version of the bill also includes a provision to expedite automatic expungements for people with prior low-level cannabis convictions.

“We made history as the first state in the South to legalize the simple possession of marijuana,” Governor Northam said in a statement. “I am pleased that the General Assembly accepted my proposal to make this change on July 1, 2021 nearly three years earlier than planned. Marijuana laws were explicitly designed to target communities of color, and Black Virginians are disproportionately likely to be stopped, charged, and convicted. Today, Virginia took a critical step to right these wrongs and restore justice to those harmed by decades of over-criminalization.”

Virginia cops will soon be prevented from busting people for minor pot possession, but they will be able to keep arresting people for selling weed for quite some time. The original bill gives state cannabis regulators until July 1st, 2024 to draft their retail regulations, and sales cannot begin until those regulations are in effect. The revised bill does nothing to change those dates, so legal sales are still more than three years away.

The governor also amended the state’s current budget bill to give state cops $1 million in additional funding for additional training to detect stoned drivers. Another $1 million has been set aside for “marijuana prevention and education programs and public health campaigns,” Marijuana Moment reports. These programs would specifically target people under the age of 21.

Even though legal sales are still a long way off, cannabis advocates are celebrating the governor’s decision to advance the date for personal use legalization. “This is an incredible victory for Virginia,” said Jenn Michelle Pedini, executive director of Virginia NORML, in a statement.

“Legalization will bring an end to the thousands of low-level marijuana infractions occurring annually in the Commonwealth — ending a discriminatory practice that far too often targets Virginians who are young, poor, and people of color… Virginians were very clear that they are ready for legalization this year, sending over 8,800 emails in support of these measures.”