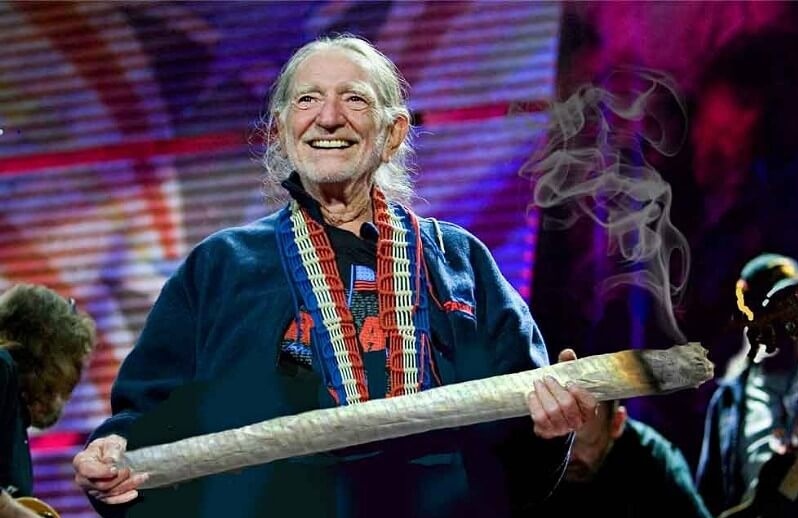 The country legend and longtime cannabis aficionado will be headlining “Luck Summit: Planting the Seed,” a four-day virtual cannabis festival created with Luck Presents, a cannabis advocacy group from the Red Headed Stranger’s hometown of Luck, Texas. The event will be co-hosted by musician Nathaniel Rateliff and will include music performances, speakers, panel discussions, comedy skits, and cooking demonstrations.

One might expect this event to kick off on 4/20, but it actually begins about a week later, on April 26th. The date was set up to coincide with another important stoner holiday, though – the festival will end on April 29th, which just happens to be Willie’s 88th birthday. In order to gain admission to the event, attendees must donate between $10 and $500 to HeadCount’s Cannabis Voter Project, a campaign to help educate, register, and turn out voters who support cannabis reform.

“Willie Nelson is a music and cannabis icon, so of course we’re thrilled to partner,” said Sam D’Arcangelo, director of the Cannabis Voter Project, Variety reports. “Texas and the rest of the United States are sitting at a cannabis crossroads right now. There’s no better time to celebrate how far we’ve come and have a conversation about where cannabis legalization goes from here.”

Texas is currently a minority among US states that still prohibits cannabis in almost every form. Recent polls have found that 64 percent of Texas voters want to see the Lone Star State legalize weed, but legislative efforts to pass an adult-use law have died on the vine. The state’s medical marijuana program does not allow access to THC-based medicine, even though researchers report that many Texans are using black market or out-of-state medical pot to help them quit prescription drugs.

“Just like our landlord and patron saint of cannabis, Willie Nelson, we realize that changing anyone’s mind by telling them what to think is a fruitless endeavor,” said Luck Presents co-founder Matt Bizer to Rolling Stone. “We believe that everyone has the right to their opinion and perspective. We also know that after years of stigmatization around the cannabis plant, it’s going to take all of us working together to help create a space for the discourse and education necessary to pave a path toward normalizing, decriminalizing, and giving access to cannabis and its many uses and benefits for the people of Texas and beyond.”

“I think people need to be educated to the fact that marijuana is not a drug,” Nelson said in a statement, USA Today reports. “Marijuana is an herb and a flower. God put it here. If he put it here and he wants it to grow, what gives the government the right to say that God is wrong?”