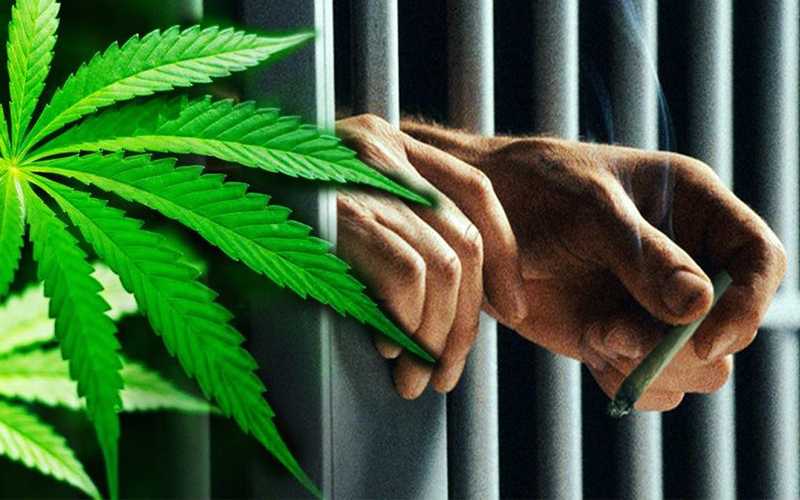 As many as 15,000 Alabamans who had previously been busted for pot possession are about to have these convictions wiped from their criminal records.

To celebrate 4/20, Birmingham Mayor Randall Woodfin announced that he would issue a blanket pardon to anyone who was convicted of misdemeanor marijuana possession in Birmingham between 1990 and 2020.

Unfortunately, these pardons do not apply to anyone who is currently facing charges for weed possession. City of Birmingham spokesperson Rick Journey told AL.com that anyone with an open possession offense must resolve their case before a pardon can be issued. Cannabis possession still remains illegal in the state and the city as well, so this move will not stop cops from busting people for weed in the future.

Birmingham actually created a program that allowed former pot offenders to clear their records back in 2019, but it was far from a success. Under the Pardons for Progress program, Birmingham residents with former weed convictions could submit an application to the city to get their records cleared. The program was poorly understood, though, and the city ended up receiving many applications from ineligible people who lived outside the city. In the two years that the program was active, only 9 people successfully got pardoned.

Since the previous program proved to be a failure, Mayor Woodfin kicked off this new plan to automatically clear former offenses. Under this new program, former offenders will not have to take any action or pay any fees to have their records cleared. The pardons are still only available to people who were convicted for pot possession in Birmingham municipal court, however, and do not apply to anyone arrested for weed elsewhere in the state. Even so, the city estimates that as many as 15,000 people will be eligible for pardons under this new policy.

“Here’s why we’re doing this – no one should be held up by a single past mistake,” said Mayor Woodfin on social media, according to AL.com. “No one should be denied job opportunities or freedoms due to missteps from the past. No longer will these residents be bound to their past. They deserve a chance to be part of our workforce, to provide for their families and to achieve success on their own. That new life starts rights here, today, with forgiveness and redemption.”

These pardons are a welcome change for Alabama, a state that continues to prohibit cannabis in every form. Lawmakers have been pushing to legalize medical marijuana for years now, and although previous efforts failed, advocates believe the bill has a good chance of passing this year. State legislators also tried to pass a statewide decriminalization bill a few years back, but it was shot down.

Birmingham has now joined several other US states and cities in a broader effort to provide restorative justice for minor weed crimes. Illinois famously pardoned thousands of former cannabis offenders at the tail end of 2019, and California, Colorado, Nevada, and Pennsylvania, all advanced or expanded programs to expunge former pot convictions last year.