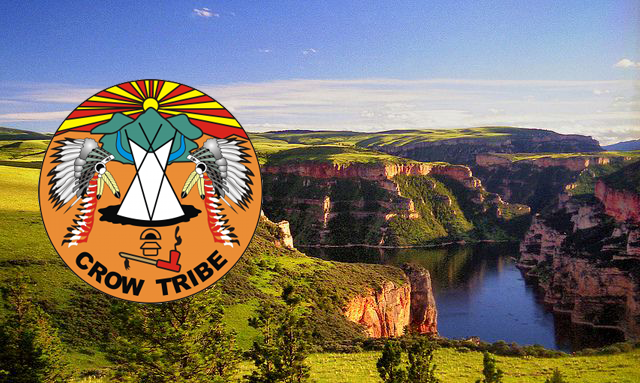 The Crow Tribe in southern Montana is about to kick off its own cannabis retail market, closely synchronized with the state’s new legal weed industry.

Last week, the Crow Nation Legislative Branch approved the Crow Cannabis Ordinance, a new measure that will allow the tribe to sell legal weed to adults. The tribal government will oversee all aspects of this new industry, from cultivation to processing to retail sales. The ordinance has established that all pot products will be subject to a 7 percent sales tax, but the specific licensing and retail regulations have yet to be finalized.

Crow Tribe Chairman Frank White Clay must still approve the ordinance before it can take effect, but he has already suggested that he will do so. “We’re moving forward,” White Clay told the Billings Gazette. “We’re diversifying our economy throughout the tribe. Coal was the name of the game for the tribe for a while, but for good business, we have to diversify within the reservation.”

“We’ve had medical marijuana for quite some time, and the Crow Tribe is not isolated,” White Clay continued. “The reservation itself is more accepting (of cannabis) and we’re just moving with the times.”

Montana voted to legalize adult-use cannabis sales in last year’s election, and is currently working to draft retail regulations before sales begin next January. As a sovereign tribal nation, the Crow Tribe does not have to comply with these regulations, and is free to begin selling weed whenever they want. Despite this freedom, the tribe says it will work closely with the Montana Governor’s Office of Indian Affairs to remain in sync with the state’s new adult-use regulations.

“Not only are we paralleling the state in terms of carry and transaction limits… the Crow Tribe is going further … in terms of the labeling, testing and that sort of rubric,” said Thor Hoyte, legal counsel for the Crow Tribe, to the Gazette.

The disconnect between federal, state, and tribal laws has led to a confusing patchwork of cannabis laws among Native American nations. Back in 2015, the Santee Sioux Tribe in South Dakota tried to open a legal weed resort, but eventually ended up scrapping their plans (and burning over $1 million worth of weed) when they learned that the feds were planning to raid them.

The Obama administration eventually promised that indigenous tribes could launch their own legal weed programs, but even so, the feds continued to step in and stamp out these attempts at tribal pot reform.

Popular support for cannabis continues to grow every year, though, and a growing number of tribes are bravely launching their own legal weed markets. In the past two years, Minnesota’s Red Lake Nation and White Earth Nation both legalized medical marijuana, and the Bay Mills Indian Community in Michigan launched its own independent adult-use market.

Although the threat of federal intervention still looms, the Crow Tribe is confident that they are making the right choice with legalization. “As to the federal government’s involvement, the Crow Tribe made a decision that it’s highly unlikely that it will try to stop a tribe with a 75% unemployment rate from taking part in a $24 billion industry,” said Hoyte to the Billings Gazette.