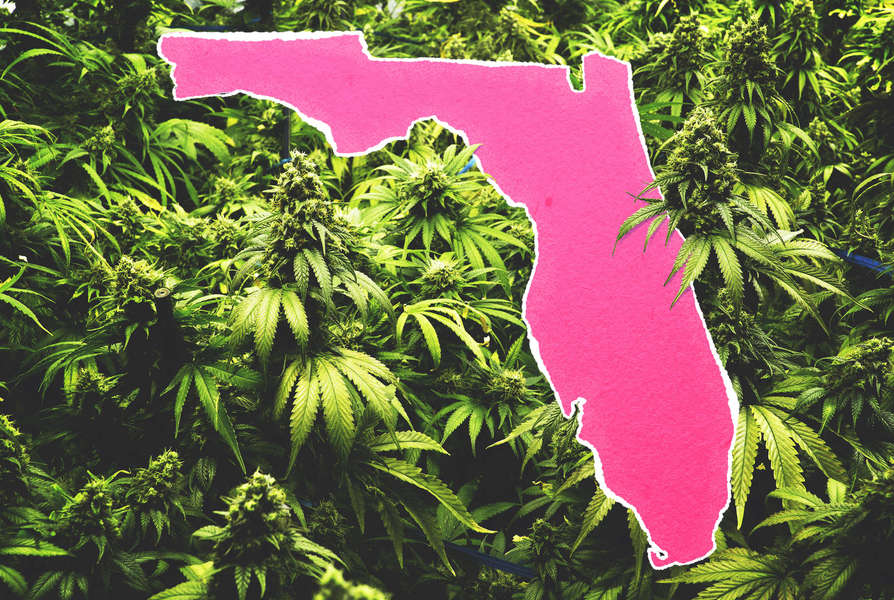 Florida’s highest court just cast a dark cloud over the Sunshine State by killing a cannabis legalization campaign that probably would have passed next year.

Over the past year, Make it Legal Florida collected hundreds of thousands of signatures on a petition to place an adult-use legalization measure on next year’s midterm election ballot. If passed, this measure would have amended the state constitution to legalize cannabis sales and use for adults. By this spring, the campaign had already collected 556,049 signatures, more than half of the 891,589 needed to place it on the ballot.

Terrified that the measure might succeed, state Attorney General Ashley Moody (R) filed a legal challenge against the campaign. This week, the state Supreme Court heard the challenge and ruled that the ballot measure was unconstitutional. In the 5-2 majority ruling, the court argued that the initiative is “affirmatively misleading” because it suggests that Florida weed businesses or individual users could not be prosecuted by federal law enforcement.

“The summary’s unqualified use of the word “[p]ermits” strongly suggests that the conduct to be authorized by the amendment will be free of any criminal or civil penalty in Florida,” the justices wrote, according to Marijuana Moment. “The proposed amendment, on the other hand, explains that the conduct will only be free of criminal or civil liability ‘under Florida law.’ The proposed amendment includes that language, of course, because a recreational marijuana user or distributor will remain exposed to potential prosecution under federal law—no small matter.”

Two justices dissented with the ruling, arguing that it was obvious that the measure would only apply to state law, not federal. The justices note that voters are expected to be informed about the issues they are voting on, and hence would understand that the legalization measure would not exempt them from federal law. In the dissent, the justices assert that the majority ruling suggests voters are actually too stupid to understand the implications of what they are voting for.

Fortunately, the election is more than a year away, and activists still have time to start over. Rewriting the ballot measure to clarify the court’s confusion over federal legality would be a relatively easy task, but the activists will need to start from scratch with their signature collection. There’s a chance that the campaign can still collect nearly 900,000 signatures by the deadline, but it is also likely that state politicians will try to block the measure if they do.

Florida politicians have been working tirelessly to crush cannabis reform efforts for years, despite the will of the voters who elected them to office. After the Sunshine State expanded the state’s medical marijuana program with a ballot vote in 2016, lawmakers passed a bill that made it illegal to actually smoke medical pot. Years of legal battles ensued, and state courts eventually ruled that the smoking ban violated the voter-approved law.

Within six months of the ban being lifted, the state sold over 22,000 pounds of smokable flower. Florida’s medical pot industry is now the fourth-largest legal pot market in the country, but despite this success, lawmakers are still trying to kill the program. Last month, legislators proposed a bill that would have imposed insanely low THC caps on medical pot products. The bill failed to advance this year, but it is clear that state lawmakers will do everything in their power to keep pot prohibition in full effect.