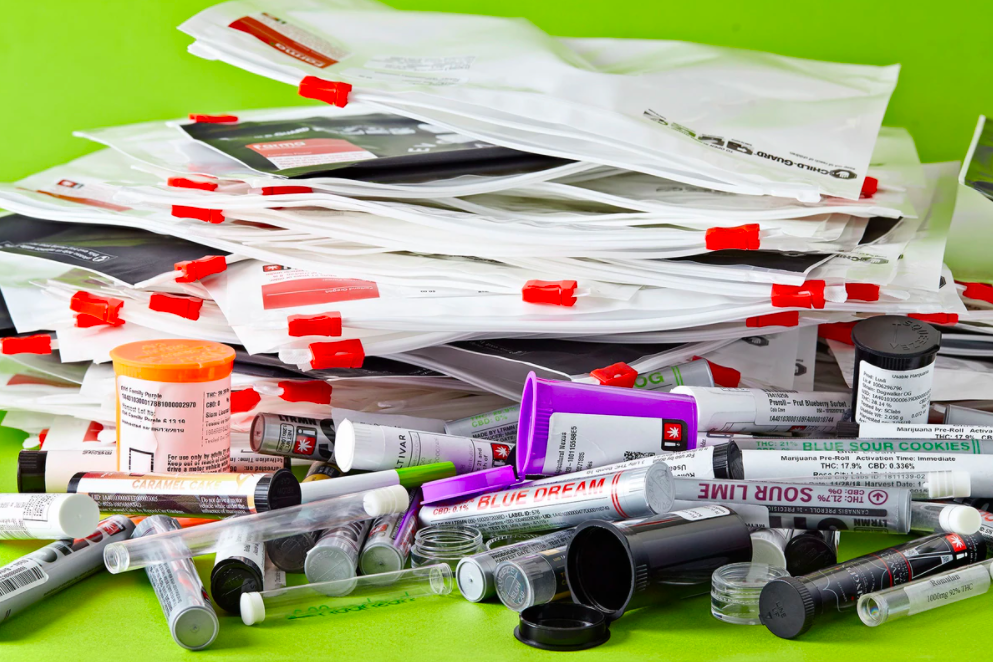 A New York lawmaker just proposed a bill that would help minimize the environmental impact of the state’s new adult-use cannabis packaging regulations.

New York’s cannabis legalization law has been in effect for almost a month now, but although it is now legal to possess and use weed, retail sales are not slated to begin until the end of 2022. The final set of regulations governing cannabis sales will probably not be unveiled until then, but the adult-use law itself already establishes a number of restrictions on legal pot products.

Like every other legal weed state in the nation, New York’s weed law requires that all cannabis products be packaged in child-resistant containers. And although it’s a good idea to ensure that children aren’t accidentally digging into their parents’ stash, this packaging is bad news for the environment. As a result of childproofing regulations, nearly every legal weed product sold in the US is encased in multiple layers of non-recyclable, single-use plastic that will most likely end up in landfills and oceans.

This week, New York Assemblywoman Patricia Fahy (D) proposed a new bill to help mitigate this excessive plastic waste in her home state. Fahy said that she created this bill to address the fact that the state’s packaging requirements will cause the legal weed industry “to have an outsized plastics footprint and to become a notable environmental consideration.”

“The legal cannabis industry in the United States produces about 150 million tons of waste each year. Even when marijuana packaging is recycled at home, it is often sorted out by recyclers and taken to landfills,” Fahy wrote in a memo, according to Marijuana Moment. “While no industry is blameless in the plastic pollution crisis, New York has a unique opportunity to prevent a new source of plastic pollution as we consider the legalization of recreational marijuana.”

To help resolve these issues, the bill would require all legal weed packaging to be made from at least 50 percent recycled materials. All legal weed retailers would also be required to charge a $1 deposit on each and every adult-use product that is sold in single-use plastic packaging. Customers could then return their used packaging to their retailer and get a refund for their deposit, and retailers would then be required to recycle the plastic.

The new bill has been referred to the Assembly Environmental Conservation Committee, but has not yet been scheduled for hearings or votes, so it is unclear if or when it will advance.

Despite this ongoing plastic problem, no US state has yet enacted regulations to minimize the environmental impact of weed packaging. Individual dispensaries and businesses in Seattle and California have launched their own recycling efforts, though, and several new companies are now offering weed packaging made from hemp-based renewable bioplastics.

Canada is also struggling with its own weed industry waste issue, thanks to its hardcore packaging requirements. Thousands of Canadians have petitioned their local governments to cut down on single-use plastic pot packaging, but politicians have yet to address the problem.