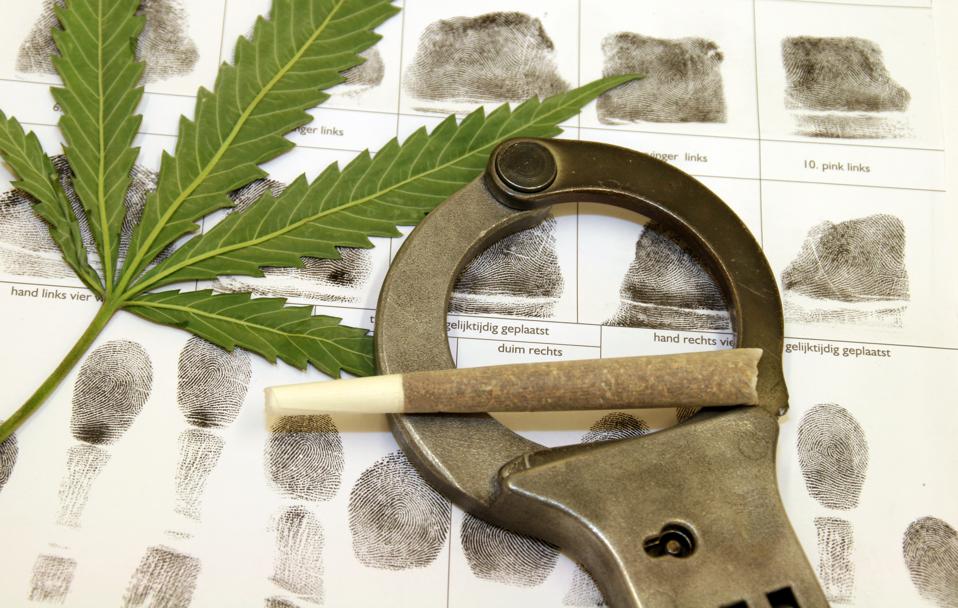 If you are looking for the most hypocritical outcome of cannabis legalization possible, look no further than Virginia’s new regulation. As Charlottesville newspaper the Virginia Mercury pointed out, the legalization bill that was signed into law last Wednesday does not provide a clear path to freedom for people currently in jail for a plant that’s now legal, nor does it reduce penalties.

A provision that was previously considered to guarantee re-sentencing hearings to individuals incarcerated for cannabis-related crimes allegedly didn’t make the final cut of the legislation. Lawmakers were reportedly too busy talking about cannabis industry regulations to prioritize the human rights of those targeted by the War on Drugs.

The Virginia Mercury reports that the Democrats who worked on the legislation, “were unable to reach an agreement on re-sentencing due to the complexity of the issue combined with the last-minute nature of the amendments that sped legalization to this summer.”

Figures offered by the Virginia Criminal Sentencing Commission say that the number of people who have been left out to dry by this omission is significant. 500 people were sentenced to jail for distribution of more than a half ounce and less than five pounds of cannabis in the period between July of 2018 and 2020. Roughly 175 received a prison sentence averaging 1.7 years. Approximately 23 people were incarcerated for growing large amounts of cannabis in the state during the same timeframe.

Governor Ralph Northam says that a delay is to be expected for these Virginians’ freedom. “We didn’t get that across the finish line this year, but we’ve got session coming up in 2022,” Northam says, “I suspect that’ll be an issue that’s on the table.”

The Virginia bill that was initially introduced did include resentencing hearings for all individuals incarcerated for cannabis-related crimes, excepting those that involve sale to a child or more than five pounds of the drug. Specifically, it allowed judges to consider “circumstances in mitigation of the offense, including the legalization of marijuana.”

But according to the Mercury, House and Senate lawmakers, “spent almost no time discussing it during the session, instead focusing on provisions governing how marijuana would eventually be sold, regulated and taxed.”

“The discussion didn’t arise until the very end of our conversations and at that point, we didn’t really have a lot of time to look into it,” said state Senator Scott Surovell.

“Just given that it hadn’t really been publicly vetted very carefully, I think there was concern about pulling the trigger on it without knowing the full implications,” he continued.

Re-sentencing hearings are among the most time-consuming methods for freeing cannabis prisoners once a jurisdiction legalizes the drug. New York’s legalization legislation, which passed within days of Virginia’s, offers immediate petition eligibility to those currently incarcerated.

Not all state lawmakers are feeling OK about the fact that potentially innocent people will sit in jail for another year.

“That was urgent to me, because now we’re going to be in a situation where you’ve got people still sitting in jail for the very thing that we’ve already legalized,” said one of the bill’s co-sponsors, state Senator Louise Lucas. “It makes no sense to me.”

“How ‘complicated and expensive’ is it to continue the incarceration of these individuals for a substance the state has decided is now legal?” asked Jenn Michelle Pedini, executive director of Virginia’s chapter of the National Organization for the Reform Marijuana Laws.