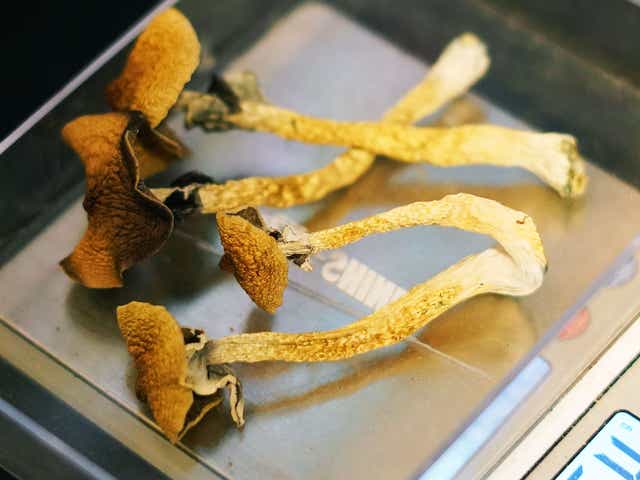 Last fall, Oregon became the first US state to legalize psilocybin-assisted therapy and decriminalize the possession of literally any drug. This year, Maine lawmakers are hoping to follow their lead with two new bills that closely model these progressive drug reform policies.

Maine Senator Donna Bailey (D) just introduced a new bill that would make it legal for adults to legally buy psilocybin products and consume them under the supervision of a licensed “psilocybin service facilitator.” If passed, the bill would direct the state health department to create regulations covering the production, sale, and use of magic mushrooms. All sales of legal psilocybin products would be taxed at 15 percent.

“In finding ways to help people with depression, anxiety and other similar debilitating disorders, why shouldn’t we be able to use any and all available treatments, as long as they are safe and regulated?” said Sen. Bailey to Marijuana Moment. “I look forward to working with the [Health and Human Service] Committee and interested parties to pass this bill.”

Bailey introduced the bill to give Mainers a chance to explore the scientifically-proven therapeutic benefits of psilocybin as a treatment for depression, anxiety, or addiction issues. The bill does not impose a list of qualifying conditions, though, so any adult would be able to access psilocybin therapy without needing to have a specific medical diagnosis.

The legislation is intentionally quite similar to Oregon’s new psilocybin therapy law, which was passed by voters in last year’s general election. Oregon has yet to finalize the regulations for its new program, though, so Bailey’s new bill asks Maine’s health department to keep an eye on Oregon’s progress. A provision in the new bill directs the state to “make this Act as consistent as possible in substance to the laws governing psilocybin in Oregon.”

Meanwhile, the state House is considering a bill to decriminalize the possession of any drug. This legislation, introduced by lead sponsor Rep. Anne Perry (D), would reduce the penalty for drug possession to a simple $100 fine, with no chance of jail time. And like Oregon’s new decriminalization law, people caught with drugs could avoid the fine if they agree to undergo a health assessment or enter a drug treatment program.

Lawmakers in several other states, including California, Vermont, New York, Florida, Connecticut, and Hawaii, have proposed their own bills to legalize, decriminalize, or research psilocybin therapy, but none of these bills has succeeded to date. And in Washington, the state Supreme Court effectively decriminalized all drug possession by declaring the state’s drug laws unconstitutional. State lawmakers have already passed a bill that would re-criminalize the possession of most drugs, however.