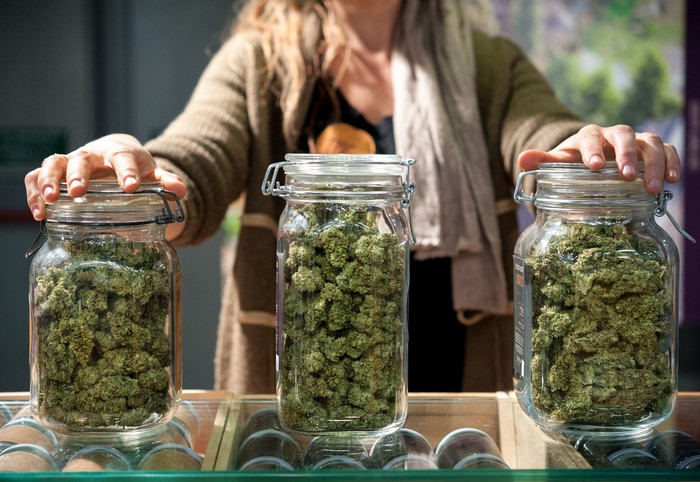 Ten years ago, the idea that an adult could walk into a store and buy legal weed seemed like a pipe dream. Fast forward to 2021, and adult-use cannabis is now legal in over a quarter of US states, and medical pot is available throughout most of the country. Americans now have unprecedented access to cannabis, but according to a new independent online survey, the average person still knows next to nothing about this plant.

Data analysis and survey company Invisibly conducted an anonymous survey to discover whether Americans’ ignorance towards cannabis was negatively impacting CBD companies’ ability to market and sell their products. To conduct the survey, Invisibly recruited over a thousand people from different demographics and geographical regions and asked them to answer five simple questions about cannabis.

Don Vaughn, head of product at Invisibly, expected that most respondents would have a good basic knowledge of the two most common cannabinoids, but he was shocked to learn that the exact opposite was true. “We found 58% of Americans don’t know the difference between CBD and THC,” Vaughn told Boulder Weekly. “I was surprised.”

Even more surprising was the fact that 62 percent of respondents said they had never used a CBD product before, and 53 percent said they were unwilling to try CBD even once. And among the respondents who had used THC or CBD before, only 36 percent said they understood the difference between these two cannabinoids.

“It’s just much, much less understood than we thought,” Vaughn explained. “Lumping CBD in with the rest of cannabis is harming [these companies’] ability to do marketing.”

CBD has been legal since the beginning of 2019, along with all other products derived from hemp. The US Food and Drug Administration has yet to release final regulations for CBD-infused products, though, leaving them in a legal grey area. As a result, cops are still busting people for transporting, selling, or even possessing federally legal hemp or CBD products, and some companies continue to ban perfectly legitimate companies from advertising their wares.

“Some exchanges let CBD companies run ads, but other ones will say they’re too close to ‘drugs’ and won’t run into that legal gray area,” said Vaughn to Boulder Weekly. “And small or medium business owners don’t have the political sway to go out there and do much about it right now.”

But even though most Americans may not understand the facts about cannabis, they are at least warming up to the prospect of weed reform. Last month, four different national polls found majority support for federal cannabis legalization across nearly every demographic. One poll even reported that a shocking 91 percent of all respondents want to see the US legalize adult-use cannabis, medical marijuana, or both.