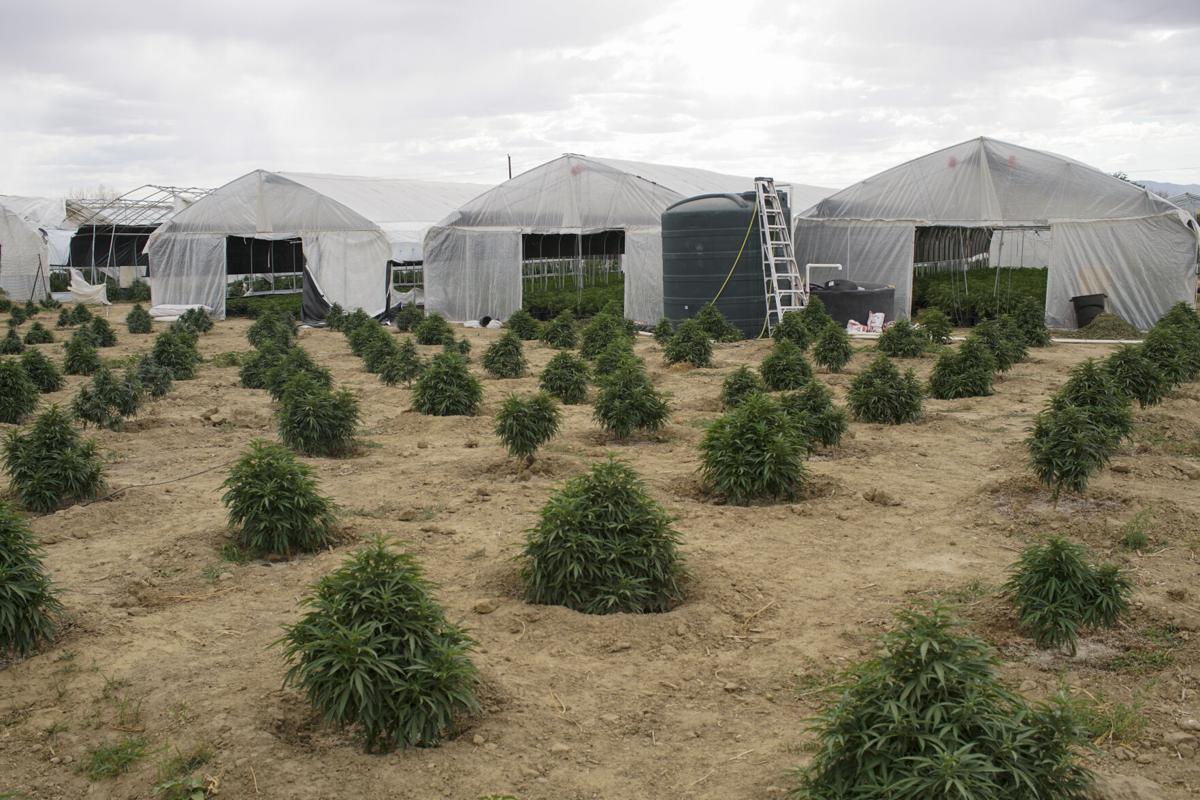 Last November, news broke that 60,000 pounds of illegal cannabis had been federally seized from grows located in Shiprock, New Mexico, a tiny town in Navajo Nation territory. The farms, which were largely staffed by Chinese migrant farmers, were a source of outrage for the Indigenous community, who asserted that the land was better used for its ancestral purpose: Growing corn.

According to a report released this week by the BBC, many of those Chinese migrant workers working on Navajo land mostly moved on to different illegal pot farms in Oklahoma. The report also goes on to point out that large swaths of the unlicensed, Chinese-run cannabis industry in the US now rely on the labor of migrants who were left jobless by the pandemic’s closure of restaurants, beauty spas, and tourist enterprises.

The Shiprock farms were run by Dineh Benally, a San Juan River Farm Board president, and Taiwanese realtor, Irving Lin. Benally exploited several loopholes in tribal law to open up the farms, which he told authorities were producing non-psychoactive hemp rather than high-THC marijuana. Even in states with legal medicinal or recreational cannabis, the plant is illegal in Navajo Nation communities, which are not subject to state law.

But when the Shiprock enterprise filled the landscape with cannabis-growing hoophouses (possibly, taking advantage of law enforcement’s lack of resources in the pandemic-era) neighbors did not take kindly to the development.

“Corn is a sacred plant,” said Bea Redfeather, a Shiprock resident, to Searchlight New Mexico in the local publication’s exposé on the issue. “You can’t eat hemp and marijuana.” She and her community members began picketing the farms, and local media launched investigations that eventually culminated in the November police raid, known as Operation Navajo Gold.

The Shiprock workers escaped arrest after they were subject to questioning. Many of them fled the work site during the raid, however.

But, Operation Navajo Gold has hardly put a stop to illicit operations.

One anonymous farm worker, identified only as “Xia,” told the BBC that she had been promised 10 days of work in northern New Mexico for $200 a day, with room and board provided. Xia didn’t know she was agreeing to trim cannabis — allegedly, they described the position as “flower cutter,” conjuring images of cutting roses for the woman.

The illegal nature of her new gig eventually became clear when police raided the Travel Inn where the migrant workers had been living and working. The police took the women to jail, where they were released and luckily not charged with any crimes.

Xia briefly returned to California, but was soon on the road again to Oklahoma. Lin confirms that many Shiprock cultivation operators moved their businesses there.

Oklahoma’s low-cost and unlimited number of marijuana business permits make it an ideal place to start a cannabis cultivation operation — one that falls within legal limitations or not.