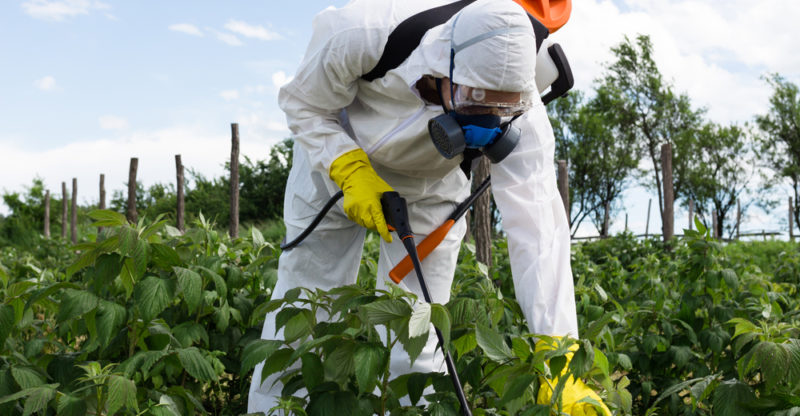 California’s legal weed market has been thriving since adult-use sales began in 2018, but even so, state and federal law enforcement are still fighting to eradicate illegal weed grows that are poisoning forests and wildlife with toxic pesticides.

California law requires that all legal weed products are thoroughly tested to ensure they’re free from toxic pesticides or other dangerous contaminants. The cost of compliance with these testing and safety requirements makes Cali weed some of the most expensive legal weed in the country, though. Illegal pot growers are able to ignore these regulations by cutting their costs even further by using cheap, banned pesticides.

The market for illegal pesticides has actually exploded in the past couple of years. Many toxic pesticides that are banned in the US and Europe are cheaply available in China and Mexico, and global criminal organizations are seizing this opportunity to smuggle these cheap chemicals into the US. Pesticide smugglers have realized that there is a huge market for their wares in Northern California, where black market weed cultivators have been setting up illicit grow-ops on federal forest land.

In 2018, researchers found that around 90 percent of these illegal growers were using toxic, banned pesticides. Further research found that these chemicals have been seeping into soil, rivers, and streams, poisoning plants and wildlife. And even after these grows are eradicated, the pesticides used at these sites can pollute the soil and water for years.

Carbofuran, one of the most popular insecticides used in illicit pot grows, is extremely toxic to birds, fish, and all mammals, including humans. Touching, inhaling, or ingesting this chemical can result in tremors, blurry vision, coma, and death. Diazinon, another pesticide found at many illegal grows, can cause breathing difficulties, convulsions, and coma.

Animals that come across these illegal grows have been injured or killed by these poisons, and now that the chemicals are seeping into the waterways, they can poison fish and even humans. Cops and forest officials who are tasked with destroying black market grows are also at risk of being poisoned by pesticides used at these grows.

This contaminated weed is also toxic to anyone that consumes it. “Pesticide residues in cannabis that has been dried and is inhaled have a direct pathway into the bloodstream,” explained Clyde Ogg of the University of Nebraska to the Times of San Diego.

Since September 2019, the US Attorney for the Southern California District has filed 49 criminal cases against pesticide smugglers. In 2020, 40 percent of all criminal prosecutions conducted by the US Environmental Protection Agency (EPA) involved illegal pesticide trafficking.

But unlike drug smuggling, where a conviction can land you in jail for decades, the penalties for pesticide smuggling are relatively light. In one recent case, a man busted for smuggling 8 liters of carbofuran from Tijuana to California was fined $1,200 and sentenced to only two months in prison. This combination of low risk and high profits is making it even more enticing for criminal organizations to smuggle these banned pesticides into the country.