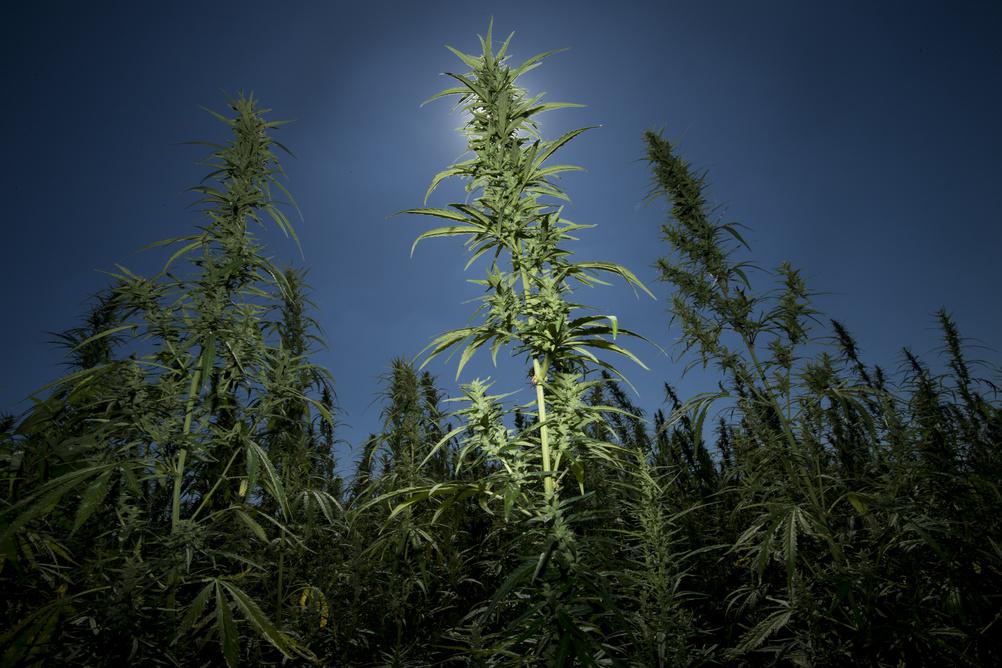 Colorado and New York just joined a growing group of states saying “no” to delta-8 THC.

Delta-8 THC is a version of THC, or tetrahydrocannabinol, the compound in weed that gets people high. The delta-8 variant is naturally produced in cannabis at extremely low levels, but industrial techniques can convert another cannabis compound, CBD, into delta-8 THC.

Delta-8 THC is typically made from hemp-derived CBD, not from “marijuana.” For you loud activists out there, “marijuana” is legally defined in the US as cannabis containing more than 0.3% THC. Hemp is any cannabis with less than 0.3 percent THC — or, in other words, cannabis that doesn’t get anyone intoxicated.

According to a notice released last week by the Colorado Marijuana Enforcement Division (MED), “chemically modifying or converting any naturally occurring cannabinoids from industrial hemp is non-compliant with the statutory definition of ‘industrial hemp product.’ This includes any process that converts an industrial hemp cannabinoid, such as CBD isolate, into delta-9, delta-8, delta-10-THC, or other tetrahydrocannabinol isomers or functional analogs.”

New York’s regulators also banned delta-8 THC earlier this week while upholding a previous ban on all smokable hemp flower. The new rules allow the sale of hemp flower in New York, but the products cannot be marketed for smoking.

The issue with delta-8 THC largely stems from the legal status of hemp, not marijuana. In 2018, the federal Farm Bill legalized hemp nationwide, removing the plant from the Controlled Substances Act. Most American hemp is grown to produce CBD, a cannabis compound often sold as a wellness supplement. CBD, like hemp, is legal in the US.

Delta-8 THC found in stores comes from CBD extracted from hemp. Delta-8 manufacturers have used this fact to justify that their products are legal.

However, unlike CBD, delta-8 can cause intoxication similar to delta-9 THC. It’s often dabbed or vaped, but it can also be infused in foods to create delta-8 edibles. Some producers even smother hemp nugs with delta-8 isolates to make smokable hemp that can get people high.

“I have a feeling it will have a short lifespan,” David Threlfall, a CBD producer based in Colorado, told Westword in April. “Let’s face it: You can get high from Delta-8, so it’s only a matter of time before they start regulating it, once [the federal government] figures it out.”

Granted, the feds have already gotten involved with delta-8. Last year, the US Drug Enforcement Administration (DEA) claimed that delta-8, like delta-9, was federally banned. The agency even slipped delta-8 into its list of controlled substances based on its criteria for classifying drug analogs.

As for delta-8’s intoxicating nature, anecdotal reports generally describe its high as less potent than delta-9. Delta-8 was viewed by some folks as an ideal product for introducing new consumers to cannabis or for providing an alternative product to lower-tolerance consumers with fewer side effects than delta-9.

Several states, such as Utah, Washington, and Oregon, have already clarified rules banning delta-8. Michigan and Alabama are considering legislation to officially ban the cannabinoid by law. Regulators have argued since delta-8 causes intoxication, it’s not permitted. But how can this be justified if delta-8 causes less intoxication than delta-9, which many of these states legalized and tax?

Furthermore, states haven’t banned other substances that can cause intoxication. Kava kava root extract, nutmeg, and morning glory can get someone high AF, yet anyone of any age can buy these products online or at herb shops across the US. (Please don’t try to trip balls on these herbs, as they can come with some majorly not-fun side effects.)

It’s pretty obvious these delta-8 bans have nothing to do with public health or safety, and everything to do with government control and taxation. If local regulators were smarter, they would’ve whipped up new tax schemes and licenses for delta-8 rather than outright banning this potentially helpful cannabinoid.

But are we surprised? Legislators rarely make sound decisions, after all.