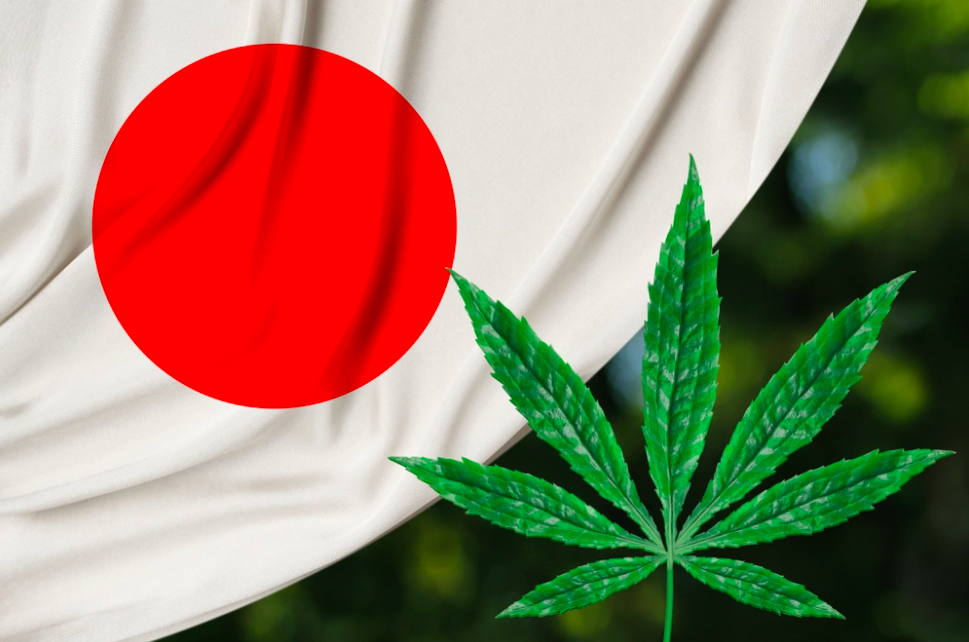 If the official numbers of drugs seized by authorities are to be believed, Japan has been getting hella stoned during the pandemic. The Japan Times reports that the amount of “liquid cannabis” (which we’re interpreting as cannabis extracts and oils — such as tinctures — rather than weed beverages) seized by Tokyo Customs skyrocketed in 2020, clocking in at 70 times more than in 2019.

In the first half of 2020, officials seized nine kilograms of cannabis in liquid form. In the second half, 18 kilograms. Compare that to just 400 grams for the entire year of 2019.

Though using the cannabis plant as a textile and medicine have been documented in the country going back to Neolithic times, Japan banned the substance in 1948 and is now known for their extremely strict cannabis laws.

Marijuana possession alone could land someone up to five years in jai l— the same penalty, Vice News points out, as facilitating child sex trafficking.

So, the dramatic spike in seized extracts could point to Japanese consumers getting smarter about moving less detectable forms of cannabis. Although many people are getting caught with weed, small bottles can be disguised much easier and tend to emit less of an odor than bags of whole flower.

Whatever the case, the law says, it’s apparently the younger generation who are making these wild weed moves.

“Many users are youngsters,” an unidentified official from Tokyo’s Metropolitan Police Department said. “My impression is that it has been in wider use for the past 10 years or so.” The official added that due to the soaring figures, the agency would “strengthen our crackdown.”

Though young people may be indulging at higher rates, cannabis consumption is still far from accepted in the country.

For example, a 44-year-old actor named Yusuke Iseya was given a suspended sentence of one year in jail after 13 grams of cannabis were found in his home by police. At his December trial, Iseya (who played a police academy instructor in last year’s Detective Novice movie) said he’s smoked weed for nearly 15 years.

“I thought that alcohol was not suitable because it would affect me the next day and I had to maintain my body,” Iseya told the court at his indictment. “I chose marijuana because it has less impact.”

Such a punitive approach to the drug does not seem to square with the government’s financial holdings. Bloomberg reports that the Japanese government disclosed last summer that its Government Pension Investment Fund (GPIF) holds about $80 million in stock in at least three cannabis companies. (Granted, these canna-funds amount to about .005 percent of the GPIF’s total sum.) Those holdings include a $50 million stake in Canada’s Canopy Growth, $17 million in Toronto’s Cronos Group, and $17 million in Aurora Cannabis Inc. No shocker there.

When contacted by Bloomberg in March, Japanese government officials refused to confirm whether the holdings were active. “We are dedicated solely to ensuring long-term returns for our members,” said the fund’s spokesperson Nao Honda.