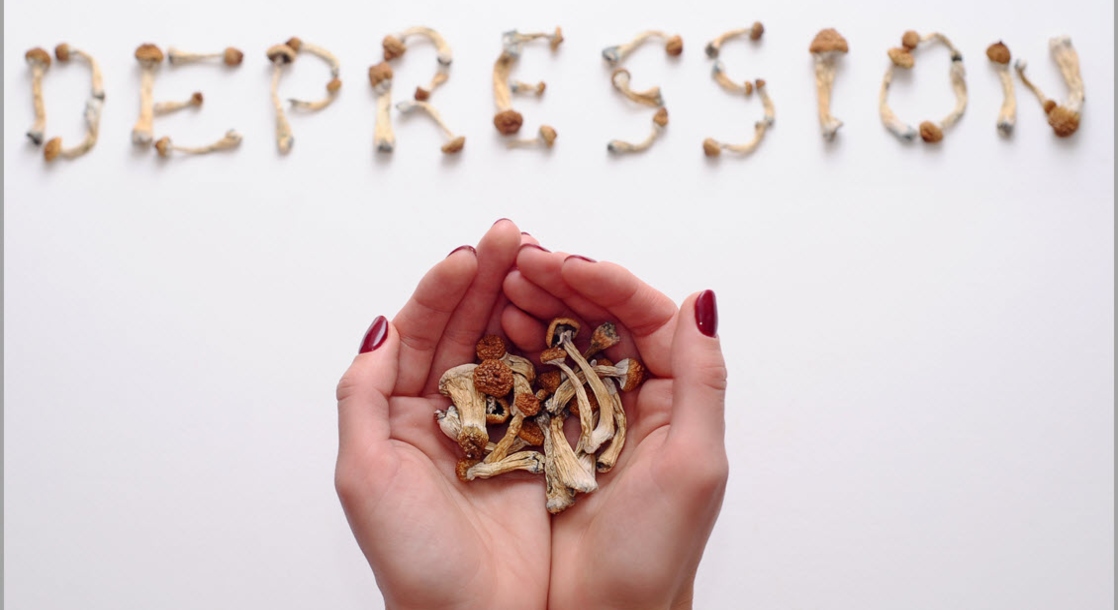 One single dose of psilocybin can help the brain grow strong, long-lasting connections between neurons, according to a new study published in the journal Neuron.

Dozens of clinical research studies have demonstrated that psilocybin can treat depression more effectively than traditional antidepressants, but the scientific community is only just beginning to understand exactly how this natural compound works. To gain more insight into this phenomenon, researchers from Yale University dosed mice with psilocybin and observed how it affected the frontal cortices of their brains.

After injecting each mouse with psilocybin, researchers used a laser-scanning microscope to track the growth of dendritic spines, small protrusions on nerve cells that aid in the transmission of data between neurons. Prior studies have found that people suffering from chronic stress and depression have fewer of these neural connections than healthy subjects.

Just 24 hours after injecting the mice with psilocybin, the researchers discovered that the size and number of dendritic spines in the subjects’ frontal cortices had grown significantly. The researchers continued observing the mice after the initial dose and discovered that these improvements were still in full effect one month later, suggesting that a single dose of shrooms can provide a long-lasting improvement in neural connectivity.

“We not only saw a 10% increase in the number of neuronal connections, but also they were on average about 10% larger, so the connections were stronger as well,” said lead author Alex Kwan, associate professor of psychiatry and of neuroscience at Yale. “It was a real surprise to see such enduring changes from just one dose of psilocybin. These new connections may be the structural changes the brain uses to store new experiences.”

Kwan believes that these structural reconnections could help reverse the neurological deficits linked to depression and make it easier for the brain to encode new insights. This “psilocybin-induced neural plasticity could prime the brain for integrating new psychological experiences,” the study authors explain, according to IFLScience.

Other researchers have discovered an important link between neuroplasticity and depression as well. A study published in the Journal of Contextual Behavioral Science last year found that psychedelic experiences can lead to increased psychological flexibility, which in turn can help individuals learn to manage and reduce feelings of depression or anxiety. Scientists have also found that DMT and other psychedelics can promote neurogenesis in the brain.

In the present study, Kwan and his team also observed that the mice showed elevated levels of excitatory neurotransmissions after being dosed with psilocybin. This increase in neural communication suggests that psilocybin could reverse neural deficits linked to depression. The study authors also found that mice were better able to cope with stress after receiving one dose of psilocybin.

Previous research has indicated that the psychedelic experience itself is essential to the healing effects of psychedelics, but this study suggests otherwise. Some of the mice in the study were given ketanserin, a compound that prevents psilocybin from producing its psychedelic effects. The researchers observed that these mice did not seem to be tripping after being dosed, but they did experience the same positive neural effects as the mice that had not received ketanserin.

These findings suggest that the antidepressant effects of psilocybin may not depend on its psychedelic properties. Some new research efforts are now banking on the prospect that trip-free psychedelic-derived antidepressants can become a reality. Last year, the Defense Advanced Research Project Agency (DARPA), a secretive government agency that develops biotech for the US military, gave the University of North Carolina School of Medicine $27 million to develop trip-free psychedelics.