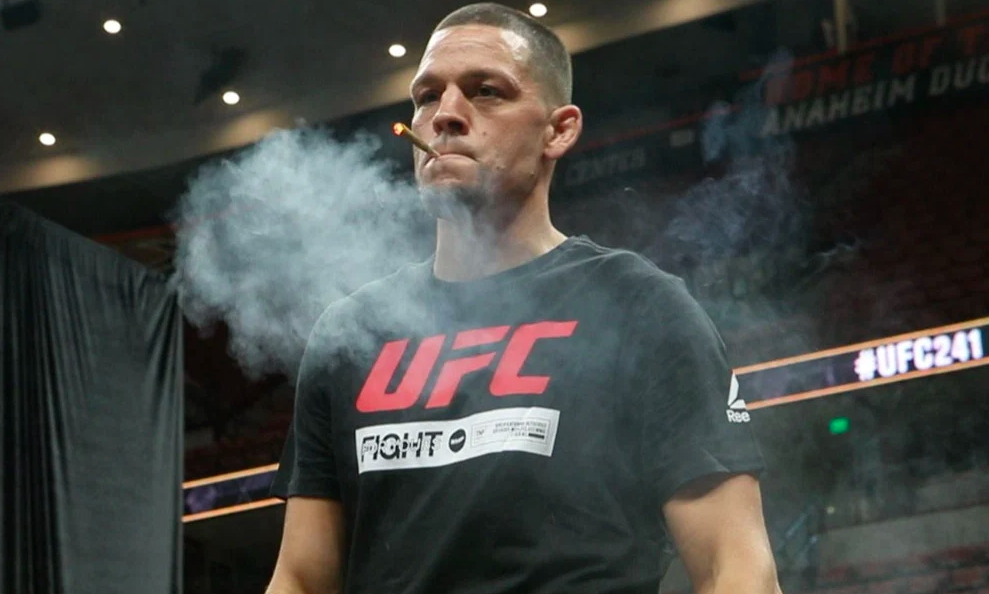 The Nevada State Athletic Commission [NSAC] decided Wednesday that it will no longer punish fighters who test positive for cannabis. The decision is a big deal, given that it will apply to boxing and UFC matches in the fight-night global capital of Las Vegas.

Motivating the decision was the league’s belief that marijuana cannot be properly qualified as a “performance-enhancing drug,” a policy adhered to by the World Anti-Doping Agency.

The UFC similarly removed rules against in-training cannabis use in January. In May, the Florida State Boxing Commission put a halt on all cannabis tests. But for years, the combat sports industry has ruined careers over athletes’ marijuana consumption.

“I’m pretty pissed,” said UFC fighter Nick Diaz when he was suspended for five years in 2014 for a positive cannabis test. “I wanted to tell them what I think,” he continued. “I wanted to tell each and every one of them they’re a bunch of dorks.”

Díaz is reportedly gearing up for a comeback tour, and accepted a blunt from his younger brother Nate, who is also a UFC fighter, at a press conference last month. Both Díaz brothers make no secret of their consumption — the younger one uses it as a promo tactic, even smoking what he says is his own line of weed, Kill 4209, at press events.

Kudos to NSAC for reading the writing on the wall when it comes to high impact athletes and cannabis usage. Sadly, the new rules regarding cannabis usage will not apply to past or ongoing cases. The same day that the NSAC voted to end cannabis tests going forward, it decided to suspend two UFC fighters who tested positive before a Vegas fight in March. Gillian Robertson was suspended for four-and-a-half months and fined $2,000. Misha Cirkunov was suspended for six months and given a $4,000 fine.

The league set the limit of THC blood content at 180 nanogram per milliliter for fights. League officials stated that visual signs of impairment in an athlete would need to be present to run afoul of the league.

Although positive tests during training now won’t lead to reprimand, fighters will continue to be tested for cannabis for at least the next six months. That data will likely prove useful for an ongoing league inquiry into head injury.

The suspension of standout United States sprinter Sha’Carri Richardson from the Tokyo Olympics over testing positive for cannabis has rightly brought athlete drug test requirements into the spotlight.

“[The NSAC] did the right thing because they looked at the science behind this,” said the UFC’s senior vice president of athlete health and performance Jeff Novitzky on a local news show. “The reality is, science shows what you did a month ago, what you did a week ago — heck, even what you do the night before a fight, doesn’t have any correlation with being impaired for the fight.”