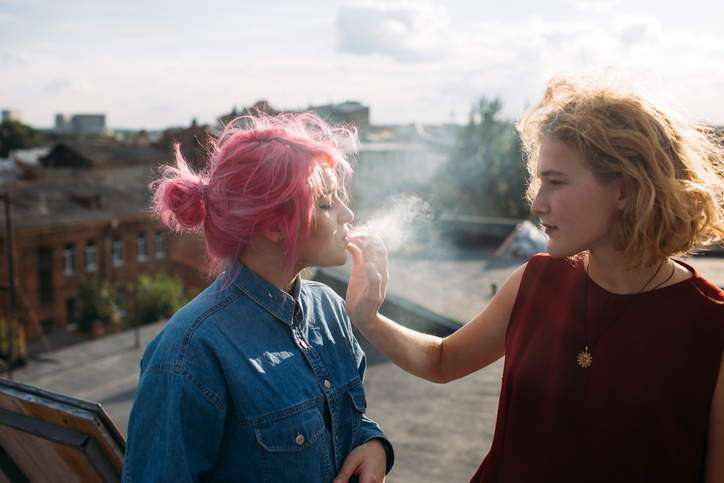 Adolescent use of cannabis does not increase the risk of depression or suicidal thoughts, according to a study published in the Journal of Affective Disorders.

Several recent research studies have discovered that there is a link between underage cannabis use, depression, and thoughts of suicide. Conservative politicians and media outlets have spun these studies to claim that cannabis use causes depression, but this research is really only correlational in nature. In other words, the studies were only able to scientifically establish the fact that teens who used cannabis regularly showed higher rates of depression and suicidal thoughts.

Because researchers have only found a correlation between weed and depression, it is impossible to conclusively state the exact cause and effect of this link. It is possible that underage cannabis use could increase the risk of depression, but it is equally possible that teens who are depressed may be seeking out marijuana as a form of self-medication, or that a third factor could simultaneously increase the risk of depression and substance use.

A team of researchers from McGill University in Canada devised a new study to investigate this chicken-or-egg problem. The researchers recruited 1606 adolescents who were born in Quebec between 1997 and 1998 and tracked them over the course of 5 years. At the ages of 15, 17, and 20, the subjects were asked to report how frequently they experienced depression or suicidal thoughts and to track their weekly use of cannabis, alcohol, and other drugs.

“This population-based study is the first, to our knowledge, to examine the temporal relation between cannabis use, depression and suicidal ideation simultaneously over five years during adolescence,” the study authors wrote, according to NORML.

At age 15, only 7 percent of the subjects used cannabis, but by age 20, that rate more than doubled to 15.6 percent. By using specialized statistical analyses, researchers discovered that teens that suffered from depression were in fact more likely to begin using cannabis later in life. The study also reports that cannabis on its own did not increase the risk of suicidal thoughts, but smoking weed while also using other drugs and alcohol did increase this risk.

Although cannabis may provide some temporary relief from depression, Bolanis points out that teen weed use can still be “problematic because the underlying mood disturbance is still present and requires the attention of a mental health practitioner.”

A 2019 study published in the Addiction journal also found that people suffering from depression are more likely to use cannabis, supporting the hypothesis that depression can lead to increased cannabis use, and not the other way around.

Research into the association between teen marijuana use and depression is still in its early stages, and further research is critical in order to more fully understand these interactions.