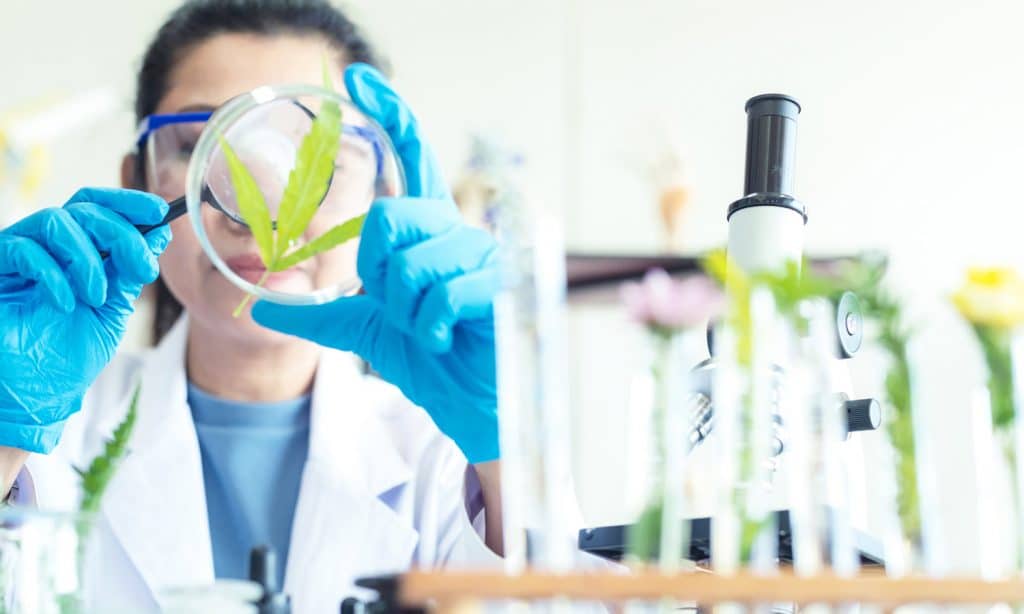 Democratic leaders in both chambers of Congress have come up with a new plan that would make it easier for scientists to access high-quality cannabis for research.

This weekend, the Senate released the final draft of a massive infrastructure bill that would invest billions of dollars into modernizing the country’s failing highways and transportation systems. On the surface, this bill has nothing to do with weed, but lawmakers have managed to include a new provision that would allow clinical researchers to study cannabis purchased from state-legal dispensaries.

Lawmakers have shrewdly managed to tie this seemingly unrelated provision into the transportation bill by playing on conservatives’ fear of stoned driving. The provision would require the US transportation secretary to develop a public report on the risk of cannabis-impaired driving within two years of the bill’s passage. But the bill also includes additional provisions to ensure that scientists will be able to use high-quality cannabis to conduct this research.

This impaired driving report would need to include recommendations for creating a national clearinghouse to “collect and distribute samples and strains of marijuana for scientific research that includes marijuana and products containing marijuana lawfully available to patients or consumers in a state on a retail basis,” Marijuana Moment reports.

The transportation department has two years to draft these recommendations, and the bill does not stipulate exactly when this research clearinghouse would actually open its doors. To improve researchers’ access to quality cannabis during this process, the bill would also allow scientists to study “samples and strains of marijuana and products containing marijuana lawfully being offered to patients or consumers” in states where medical or adult-use pot is legal.

This provision has striking similarities with the Medical Marijuana Research Act (MMRA), a standalone research bill that was approved by the House last year. The Senate has held off on voting on this legislation, however, in hopes of passing the Cannabis Administration and Opportunity Act, a vastly more progressive bill that would entirely end federal marijuana prohibition.

The US government already provides a source of legal cannabis to qualified researchers, but the quality of this grass is so notoriously bad that scientists won’t touch it with a ten-foot pole. The DEA granted the University of Mississippi the exclusive right to grow legal research weed back in the 1960s, but this institution deliberately limits its plants to a maximum THC content of 8 percent. Researchers have discovered that the university’s weed is actually closer to hemp than marijuana, and some samples have been found to be covered in mold.

Researchers eventually filed multiple lawsuits demanding that the DEA license additional growers to provide a wide range of research-quality pot. A federal court finally forced the agency to take action, but even so, progress has been moving at a snail’s pace. This spring, the DEA said it would finally start accepting applications for additional growers.

Although the application process is now supposedly in its final stages, the DEA has given no final timeline for when the new cultivation facilities will be able to open. But if the infrastructure bill passes with the research provision intact, cannabis researchers will be able to kick off new studies without waiting for the DEA to get its act together.