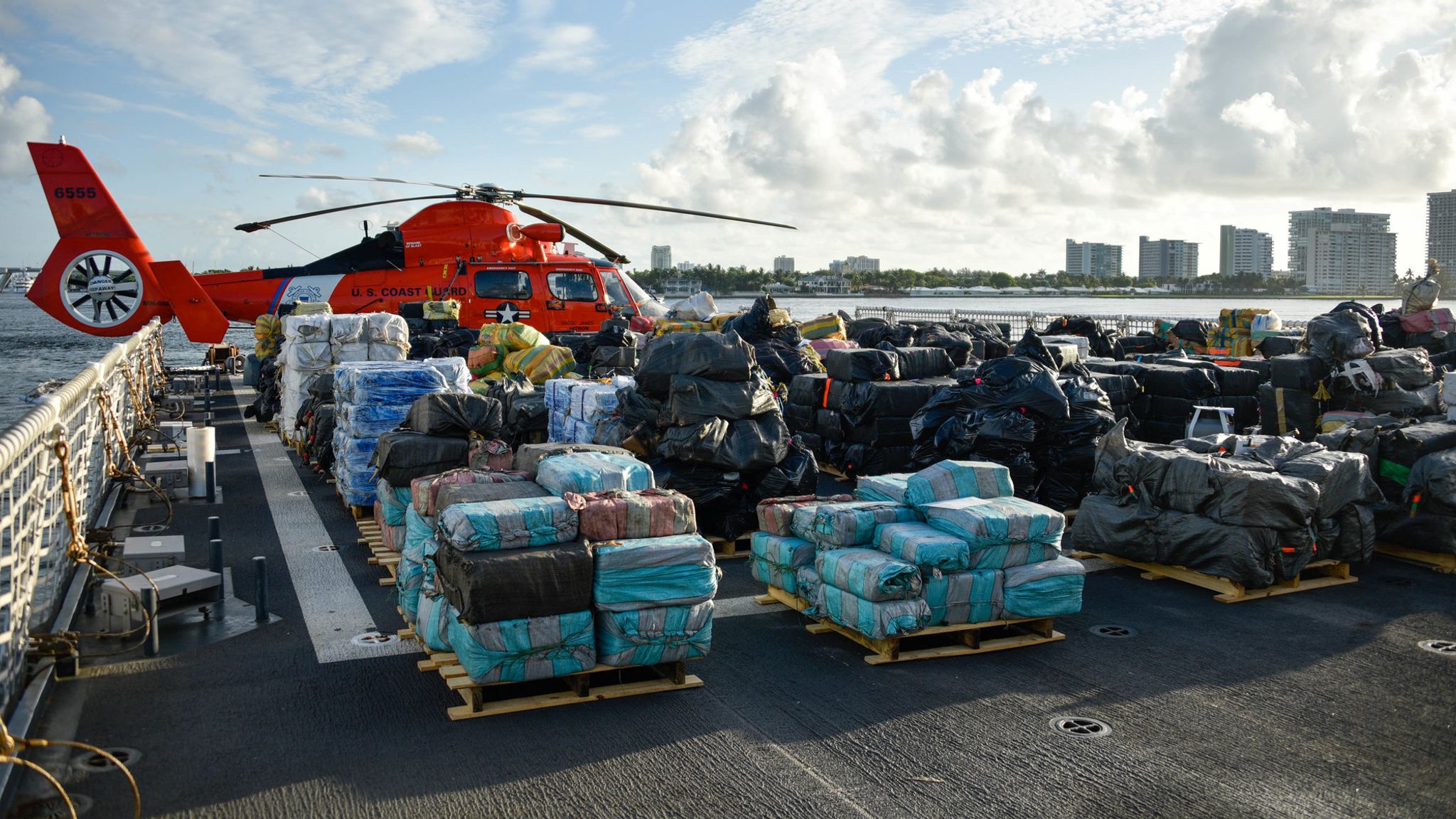 The US Coast Guard just made its largest-ever narcotics bust, seizing over $1.4 billion worth of coke and weed from smugglers in Florida.

Last Thursday, the Coast Guard Cutter James boarded a suspected smuggling vessel at Port Everglades near Fort Lauderdale in Florida. The James’ crew offloaded around 59,700 pounds of cocaine and 1,430 pounds of marijuana, valued at over $1.4 billion in the illegal drug trade. This historic haul is actually the Coast Guard’s largest-ever drug offload, eclipsing a 2019 bust of 39,000 pounds of coke valued at $569 million.

“Every bale of cocaine on this flight deck that doesn’t make it to our shores represents lives saved in New York City, Philly, Chicago, Los Angeles or any small town in the U.S. that’s dealing with pandemic levels of drug overdoses this year,” said Captain Todd Vance, a commanding officer on the Cutter James, USA TODAY reports.

The bust was the high point of an extended multinational effort to crack down on illegal drug smuggling. Over the course of three months, a combined force of 10 American, Canadian, and Dutch vessels have intercepted 27 suspected smuggling vessels in the Caribbean Sea and off the coasts of Mexico, Central and South America. This ongoing effort was coordinated by the US Departments of Defense, Justice, and Homeland Security in collaboration with Canada and the Netherlands.

“Canada and America are committed to expanding cooperation on defending North America against illicit trafficking and transnational crime and working together within our alliances,” said Maj. Gen. Paul Ormsby, Canadian Defence Attache in a statement. “We know that no nation can do it alone, and we know that we are stronger together. The kind of cooperation that we see on the pier today is one of the thousands of impressive examples of cooperation every day.”

Up until quite recently, most of the illegal weed entering the US came from Mexico and countries further south. But now that almost every Southwestern US state has legalized adult-use cannabis, seizures of pot along the Mexican border have fallen by 80 percent. In fact, customs authorities have been busting a growing number of Mexicans trying to smuggle legal California and Nevada weed back into their home country.

Canada is now on track to overtake Mexico’s role as the leading importer of black market weed into the US. Shortly after Canada legalized adult-use cannabis in 2018, seizures of pot crossing the US-Canada border increased by 75 percent. Last year, US Customs and Border Patrol Officers (CBP) seized over 70,000 pounds of weed being smuggled from Canada, and confiscated another 13,000 pounds in the first five months of this year.