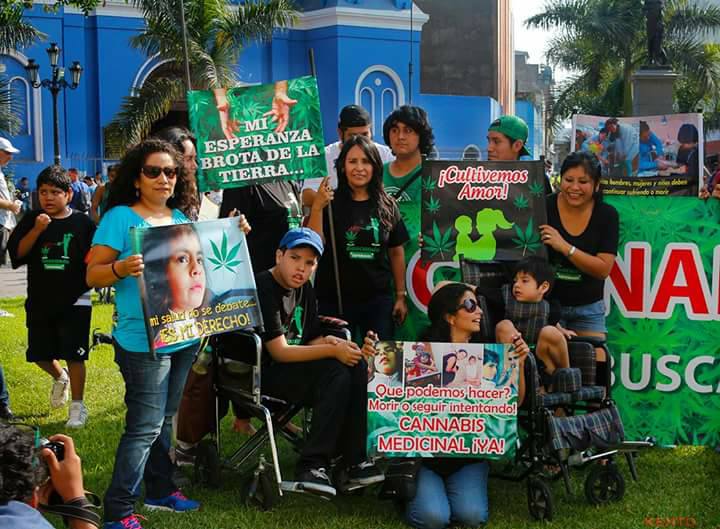 It’s an issue around the world: Governments continue to approve expensive, cannabis-based pharmaceutical products for medicinal use, while cultivation of the plant remains illegal for patients (and their families) to grow at home. Thankfully, Peru recently corrected this problem by passing a law in July that expands cannabis patients’ rights. Now, registered patients and their legal representatives (or associations formed by them) can grow and refine their own medicinal supply.

But as journalist Gabriela Machuca Castillo of Somos Magazine points out, the country might have never gotten to this point if it weren’t for groups of determined mothers.

Across the world, this has been the case. Parents of critically ill kids have been the driving force behind the widening of access to medicinal marijuana in the United States, England, and beyond. Maternal wisdom — particularly when it comes to treatments for children with epilepsy, multiple sclerosis, and other health conditions — is hard for policymakers to argue with.

And that’s certainly been the case in Peru. Leading the charge in the South American country is Buscando Esperanza (which translates to “Looking For Hope”). Back in 2017, months before politicians passed Peru’s first medicinal marijuana laws, police raided a property owned by a Buscando Esperanza member. They confiscated seven plants and a hydroponic system that the group of mothers used to make medicine for their kids — all of whom were suffering from health conditions that cannabis treats.

But the raid backfired. Much like the 1996 dispensary raid on San Francisco activist Dennis Peron’s Cannabis Buyers Club that preceded the passage of Proposition 215, images of law enforcement raiding the home of a family of a sick kid turned public opinion towards medicinal cannabis. Later that year, Peruvian politicians passed the country’s first medical marijuana laws.

The legislation was far from sufficient the first time around. And mom-activists, like those of Buscando Esperanza, weren’t done with the fight. They regularly took to the streets and shared personal details about their family members’ need for medicinal cannabis. Facebook posts showed kids living with severe medical conditions and the parents that spend large portions of their lives treating them helped to put a human face on the urgency for medicinal cannabis access.

Happily, cannabis reforms were passed by Peruvian Congress in July. In addition to approving cultivation and extraction by patient-run associations, the new law also guarantees that patients will have access to cannabis regardless of their financial capacities. That is huge. One lawmaker commented during the law’s approval process that the new legislation would benefit nearly 50,000 Peruvians.

Long gone are the days when such a proposal was considered politically risky. The law was approved in the country’s Congress with zero votes against it: 100 congress members voted in favor and only four opted not to vote. Clearly, the country’s politicians have started listening to their mothers.